Secrets are irresistible. We’ll do whatever to uncover them.

At least, that’s the meta thought we’re left with after a demo session with The Room, an upcoming iPad and iPhone puzzle game from Fireproof Studios, an outsourcing firm founded by six leads from Criterion Games. This is its first game release.

Barry Meade of Fireproof tells us that the goal of The Room is to give gamers a new experience that’s completely at odds with what we’re used to seeing on the App Store. Meade has a chip on his shoulder and his studio has something to prove. You can feel an electricity when you talk to him.

“We wanted to make something new — the game had to be a statement from us as game designers about what we think is effing cool about gaming. Similarly it had to look and feel like a game that only our team could make, which had the double benefit of making us stand out from the crowd," Meade tells us. 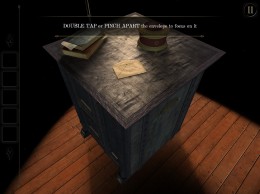 “This is the duty that all creators know they have but mostly fall short on due to commercial pressures. We knew we could execute at a good level, but with not having any backers or publishers to answer to we would have been ashamed to release a me-too game no matter how slickly produced. So we wanted to make a game from ideas that only we have had as gamers, around themes that we particularly enjoy," he adds. Other goals include: putting out a product with a crafted feel, and no “in-app-purchasing, social blather, metrics-based design and general monetization bollocks."

In the game, you’ll be put in a room with a vintage puzzle box that was created, maybe, by some sort of tortured magician. Soft, haunting music plays in the background. You’ll hear curious whispers from time-to-time, too. As you spin the camera around the puzzle box, you’ll notice that bits and bobs can be moved. A panel can slide up. A knob can be turned. A dial can be rotated. A drawer can be pulled open or closed. When you do these things, you’ll uncover objects that function as solutions; sometimes you’ll find a key, for instance, that has rotatable teeth, a perfect fit for some of the holes in the box.

Each panel is its own puzzle, each object you find is often one, too. In Chapter 2, for example, you find a book. After analyzing it, you discover that the artwork is actually a physical thing that can be rotated and moved into new positions. If you can puzzle out a new positioning, the book will open revealing a gear, which will eventually be used to power another object hidden in a panel in the wooden puzzle box. 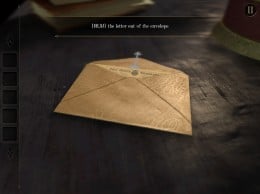 This machine, by the way? It shows you footage of a faceless man in a dapper suit, idly sitting by the machine you just unlocked in another place, in another time. Words are scrawled into the wall above his head. He points at them, his blurry face emotionless. You notice that the whispers are getting louder.

The Room leaves you with questions. What is this machine here? What kind of person hides a book in a puzzle box anyway? Who are you? Why are you doing this? You get the feel that you’ll learn answers as you play, but you also know that someone has been here before you, probably doing the same thing. What happened to him?

The mystery is heightened courtesy some outrageous production values. The box looks like an actual box — you can see the grain of the wood, the shine of its finish. Each detail is fully realized in this game’s engine. There is no fuzz, no weird textures. The music pulls you in, the secrets hold you, and the whispers can be kinda frightening. In fact, you might be able to argue that this is something of a thriller. The Room doesn’t want you to feel safe, that’s for sure.

Meade backs us up on this, but notes that The Room isn’t a horror game. Fireproof as a whole is a fan of the genre, but it feels like it needs to be something more — something like The Room. 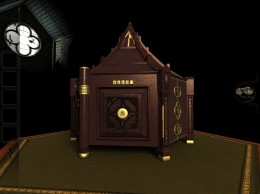 “We’re big fans of horror games and over the years have built a resentment over the current state of horror games, as well as a reservoir of ideas of what to do about it," Meade tells us. “So, to create a puzzle game there was only one way were going to wrap it — with a bit of spine-tingling mystery."

“It’s not a horror game but we tried to inject similar dramatic elements to add a dash of… uncomfortability to it all.  We also hope people enjoy the experience of the world we’ve created for them — the bizarre setting, the lack of information to the player, the suffocating space of The Room, as well as the hints of greater and more terrifying things to come," he says.

“We have a lot more planned; it really is just the beginning."

Our session with the game was short. Just two levels, which clocked in at around thirty minutes of play. But what it revealed to us in that time was pretty powerful. The Room knows exactly what it wants to do, which is dish out intrigue, mystery, and unease. If the actual, final game can deliver this stuff over the long haul, this’ll be a special game, no doubt in our minds.

The Room doesn’t have a release date quite yet, but it’ll be out in a matter of weeks. Stay tuned, and take a gander at these images. This thing is a looker. 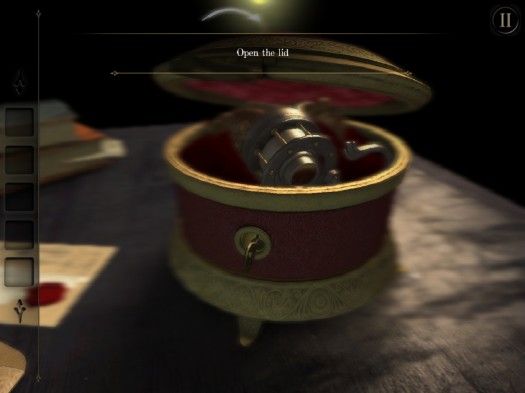 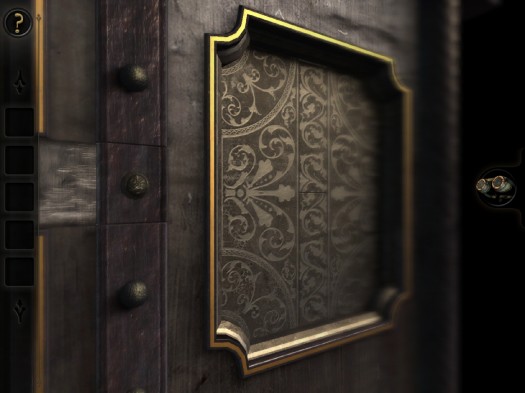 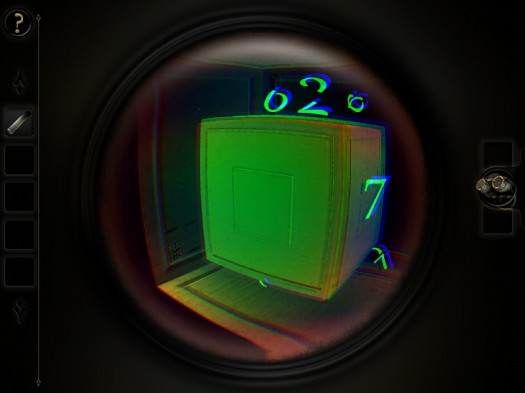