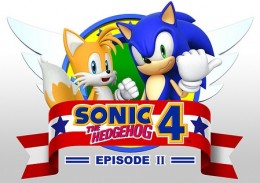 After releasing the well-received Sonic 4: Episode I way back in October 2010, everyone was pretty confident that Sega would be releasing the next episode in the rebirth modeled after the original Sonic trilogy shortly after. Well, it took more than a year, but they did finally officially announce Sonic 4: Episode II this past December, and I even enjoyed some hands-on time with an early version of the game at GDC last month.

Today, Sega announced on their blog that owners of the original Sonic 4: Episode I are in for some bonus content if they get Episode II on the same device/platform. Doing so will unlock Episode Metal, a set of 4 reworked levels from Episode I that you will be able to play through as Sonic’s arch rival Metal Sonic. Episode Metal will also bridge the story gap between Sonic CD and Sonic 4: Episode II where Metal Sonic makes his return.

Sonic 4: Episode II is slated to release on practically every platform including iOS on May 17th, and you can bet we’ll be all over the highly anticipated platformer when it hits the App Store then.