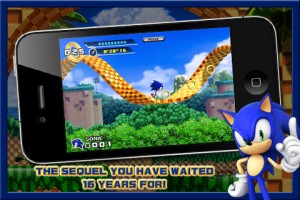 As someone who was completely engrossed in the console wars of the 16 bit era, I took great pride in boasting about all the things Sega did that Nintendon’t. (Of course as soon as I discovered RPG’s on the SNES I flip flopped, but I digress.) The original Sonic the Hedgehog was an amazing game, and the rest of the series on the Genesis was just as good, if not better as they introduced both Tails and Knuckles. Unfortunately, with the advent of 3D gaming came 3D Sonic, and since then Sonic games haven’t really been the same. Sure, there have been some fantastic 2D Sonic games for handhelds (the Gameboy Advance ones were particularly good), but the flagship Sonic games have been bad for years. That is, until today. 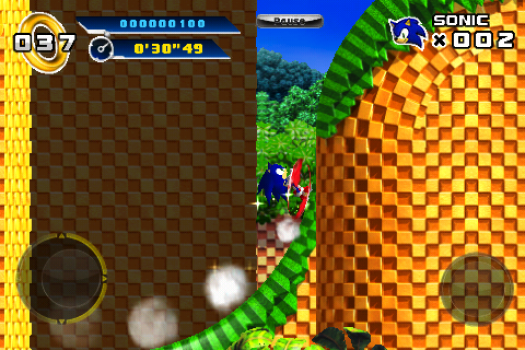 Sonic 4 [$9.99] has likely been in development for quite some time now, but was only first announced in late 2009 as the cryptic “Project Needlemouse" which was later revealed to be a return to classic 2D Sonic gameplay. Since then, the Sega hype machine has been in full force releasing various mysterious updates to the Sonic 4 web site, teaser trailers, screenshots, and development delays. In other words, Sonic 4 has a lot to live up to. 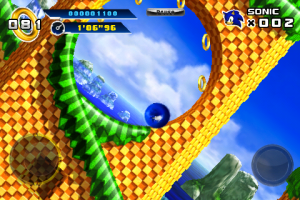 Sonic 4 is being released in episodes, with today’s release as the first installment. Episode 1 comes packed with four zones: Splash Hill Zone, Lost Labyrinth Zone, Casino Street Zone, and Mad Gear Zone. Each of these zones are flavored with themes from classic levels of Sonic’s past, with Splash Hill and Casino Street by far being the most memorable. Each zone is host to three acts and a boss fight. After beating the zone’s boss, you unlock Time Attack mode which switches the game in to what Sonic games are best at: Going as fast as possible. Also worth mentioning are the two levels that are exclusive to the iPhone, but until the other versions of the game come out it remains to be seen how much different these exclusive portions are.

Controls are surprisingly decent for a game series originally designed with a physical controller in mind. By default you use a virtual joystick of sorts and a single button which handles everything else. Alternatively, a tilt control mode is included, but I found touch controls to feel far more natural. Like previous Sonic games, you can spin dash, and Sonic 4 implements a new lock on system of sorts which targets enemies and obstacles you can jump on to. When the game targets something, tapping jump sends Sonic shooting that direction, allowing you to precisely bounce off multiple enemies with ease. 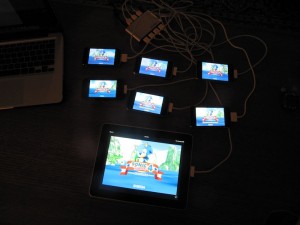 Since Sonic games are all about speed, performance is arguably just as important as gameplay. Because of this, I busted out my entire library of iOS devices to see just how good of a job Sega did at optimizing Sonic 4 for the iPhone. After syncing the device to everything from the original iPhone to the iPad and iPhone 4, I’m more than a little surprised by the results. Performance obviously suffers with older devices, but Sonic 4 is completely playable even on the original iPhone. Oddly enough, the 3rd generation iPod touch seems to boast the highest frame rate, followed by the iPad pixel doubled, then the iPhone 4.

The level design is classic Sonic, with tons of loops, corkscrews, rings, recognizable power ups, and bonus stages. While Sega seems to have succeeded in bringing back the classic Sonic feel, the content included in the first episode seems like a tease after so much waiting. Sonic 4 is a ton of fun, but it’s over before you know it, and without online leaderboards of any kind, I’m not sure how much appeal there will be in replaying levels for higher scores or lower times.

While the performance is certainly good enough to be fun, it’s nowhere near the solid 60 FPS I had hoped for– even on newer devices and to make things worse, Retina Display support is nowhere to be found. The first episode of Sonic 4 will also be available on the Wii via WiiWare, the Xbox 360 via XBOX Live Arcade, and the PS3 via PSN in the next couple days. So, if you own any of those systems, you can consider waiting to see how those versions of the game are reviewed, especially considering the fact that Sonic 4 will be in 1080p on both the PS3 and 360. Otherwise, if you’re looking for a very fun taste of what a Sonic game should be like on the iPhone, we recommend Sonic 4… Just be fully aware that it will likely leave you unsatisfied with an intense longing for the release of the next episode, and I’m not entirely sure if that’s a good thing or not.