They say that bad luck comes in threes, and that definitely seems to be the trend in last week’s news cycle. First Zynga ripped off Tiny Tower [Free], then Glu fired up their copy machines, and then some similar although unrelated drama hit the land of Triple Town [Free]. Gamasutra is all over this recent story, but I’ll provide a quick rundown-

Spry Fox’s Triple Town hit the App Store a couple weeks ago and it was clear that we loved it in our review. It’s even sort of an interesting take on the free to play model, as you can download and play the game for free and play for a limited number of turns. You can buy more turns with in-game coins which you can earn (and buy with real money) or just download the unlimited turns unlock for (currently) $3.99. If you don’t play much, or get bored easily, you might not ever need to buy anything… But once you get to the point where you need unlimited turns, chances are you’ve gotten way more than four bucks of entertainment out of the game anyway. I like that. 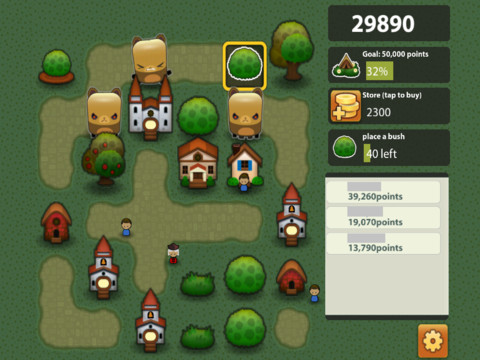 Anyway, according to the Spry Fox blog, they’ve filed a copyright infringement suit in federal court against 6Waves LOLAPPS due to Yeti Town [Free] which actually beat Triple Town to release by nearly a month. It’s the same sad story we hear way too often on the App Store in that Yeti Town relentlessly copies absolutely every aspect of Triple Town.

Yeti Town, as launched by 6waves, was a nearly perfect copy of Triple Town. We’re not just talking about the game’s basic mechanics here. We’re talking about tons of little details, from the language in the tutorial, to many of our UI elements, to the quantities and prices of every single item in the store (how exactly did 6waves “independently” decide to price 200 turns for 950 coins, or 4 wildcards for 1500 coins each? That’s quite a coincidence!)

This exact copying is also one of the things that really amused me about all of these Tiny Tower clones which all featured 5 categories of skills, 5 people per apartment, 3 people to a floor, 3 products per floor, 5 elevator upgrades, and other exact copies of core game mechanics. Unfortunately, you can’t copyright a game idea, which is why companies like Gameloft are able to do what they do. Yeti Town is different through, as allegedly Spry Fox was in intense negotiations with 6Waves to publish Triple Town on the App Store which abruptly ended when Yeti Town was released. 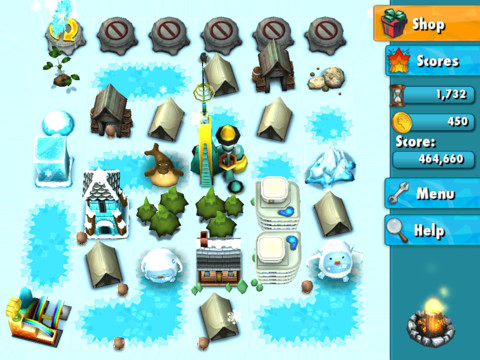 As part of this, 6Waves had closed beta access months before Triple Town went public and had been “pumping [Spry Fox] for private information" which included design ideas, Facebook launches, as well as revenue and retention figures. This sort of elevates the Yeti Town clone to an entirely different level of shadiness, at least in my eyes.

If you want to read the full text of the lawsuit, you can here. Now, let’s all go back to making our own original games, eh?