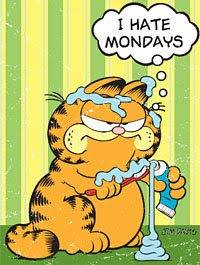 Typically, Monday is the day that people have to say goodbye to their weekend of relaxation and fun and get back to the ol’ grindstone. I imagine this is doubly hard for people who work with actual grindstones, like medieval blacksmiths and whatnot. But for your average nine to fiver, Mondays pretty much suck. So I figure, what better way to get through the longest day of the week than with a slew of free games to occupy your attention instead of actual work?

There are quite a few awesome games that have dropped to free over the weekend and into today, so here’s a short list compiling them. As with any App Store sale, it’s usually best to jump on these as soon as possible if you’re interested, as the pricing can change in the bat of an eye if you aren’t careful.

King Cashing: Slots Adventure, Free - [Review] – [Forum Thread] – This blend of slot machines and role-playing games is way more fun than you could ever think possible from such an odd mix of genres. Your ability to match icons on 3 slot machine rolls determines battles play out, and earning experience allows you to augment and improve the items that you have on these rolls before a fight. It’s an unexpected hook, and with a recent Universal update for playing natively on the iPad, King Cashing is about as no brain-y as a no brainer can be while free.

Minigore - GameClub, Free - Mountain Sheep’s venerable dual-stick shooter basically needs no introduction, as it was amongst the early titles on the App Store to spark off the dual-stick craze. But strangely, even with its comparative simplicity alongside the many superior dual-stick offerings on the App Store, there’s a certain refinement to the gameplay in Minigore that still keeps it relevant today. It’s been free before, but if you for some reason have slept on it in the past, now is another fine chance to grab Minigore for zero dollars.

FMX Riders, $2.99 - FMX Riders is a fully 3D freestyle motocross racing game from The Quadsphere, makers of the awesome shmup Icarus X [$1.99]. FMX Riders features a pretty meaty single player campaign where you take on a World Circuit filled with 40 events over 9 Tours. Once you’re done playing with yourself you can hop onto Game Center for some online matchmaking, as well as shoot for top leaderboard spots and unlocking achievements. Add to that a cool replay sharing feature and you’ve got a game that’s worth checking out while free.

Trenches, $0.99 - We’ve been patiently anticipating the follow up to Trenches, simply titled Trenches 2, which is set to finally debut this week. However, if you missed out on the game that sparked off the Trenches series, you can pick it up right now for zero dollars. The original Trenches is a side-scrolling real-time strategy defense game, where you’ll create and deploy various soldier types to encounter and overcome the enemy on a World War I battlefield. A lengthy campaign, unlockable zombie mode, Game Center integration, and online multiplayer are all features in Trenches that should tide you over until the sequel hits this week.

Muffin Knight, $0.99 - There’s no real way to avoid the fact that Muffin Knight is a heavily inspired take on Vlambeer’s Super Crate Box (which is coming to iOS incredibly soon, in case you didn’t know), but in light of that fact it’s also an extremely well done riff on that formula. With tons of different characters to play and attacks to upgrade, Muffin Knight offers a lot in terms of single player content. But, a recent update added head-to-head online multiplayer, giving the game even more replay value. If you for some reason can’t wait for the official Super Crate Box, then Muffin Knight is a close facsimile that you can grab right now for free

Mad Skills Motocross, $0.99 - [Review] – This sweet side-scrolling motocross racing game was released early this year, and we thoroughly enjoyed it in our initial review. However, since that time developer Turborilla has added all sorts of new content and functionality by way of updates, practically turning it twice the game than it originally started out as. The controls and “feel" of Mad Skills Motocross are fully spot on, and it’s a joy to play levels over and over, trying to perfect your technique and shave just a wee bit of time off of your best course records.

Mr.Ninja, $0.99 - [Review] – From the developer Ponos, who have made a career out of releasing various games in their “Mr." series and whose latest we just reviewed and enjoyed, Mr. Ninja is a take on the spinning disc platformer genre that was popularized by games like Dizzypad [Free/HD] and Jump O’Clock [99¢]. Mr. Ninja does a great job at getting the mechanics just right, so you can simply concentrate on the gameplay and improving your skill. A couple of neat scoring twists give this game some additional legs as it’s a blast to go back and try to improve on your best scores.

Warfare Incorporated, Free – We took a good look at Warfare Incorporated, the military themed real-time strategy title, when it originally launched for the App Store way back in December of 2008. Since that time, a slew of real-time strategy games have come and gone, some of them besting Warfare Incorporated in terms of features or visuals. But, despite its age, Warfare Incorporated has maintained a dedicated following of fans, and still remains one of the top choices for RTS games in the App Store even 3 years later. Developer Spiffcode has decided to make the game free until the end of the year, and with a ridiculous amount of missions to complete as well as online multiplier, it’s one you’re going to want to pick up if your’e a fan of strong gameplay.