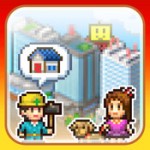 Attention Kairosoft nerds: the studio, fresh off a release of Edo Town earlier this fall, has just dropped a new game on the Japanese App Store. It’s called Zaibatsu Towns, and from what we’re gathering via a few fantastic translator-types, it’s a financial-oriented town-building game not so dissimilar from its last still region-exclusive title. The key difference appears to be the town itself — it’s not as ‘traditional’ Japanese as Edo Town‘s.

With the release of this, Kairosoft broke its emerging worldwide release pattern. We’re not so sure Edo Town is on the way next, in other words. For all we know, we could be receiving Game Dev Story 2 next, or hey, even this. 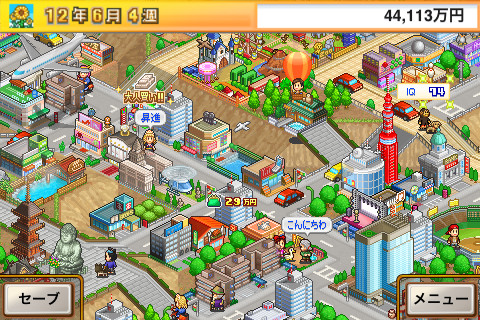 One thing for certain, though: I want whatever game is coming. Also, hurry up, Kairosoft. I just finished Grand Prix Story [$3.99 / Lite] for the fourth and final time. What’s a man to do with all this new time on his hands?

[Thanks to a for helping us with this, people; you know who you are!]