If you were among the group of people who scooped up the Parrot AR.Drone when it was first released (Check out our review) and have since gotten bored of the few apps/games that Parrot has put out since then, here’s an idea for you: Aerial WiFI hacking rig. Appropriately named, SkyNET takes the Parrot AR.Drone, and trades the protective shell for a tiny Linux computer, a 3G card, GPS, and two WiFi cards. 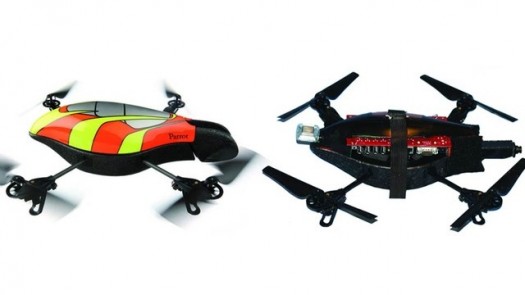 The idea, in a nutshell, is once you’ve got your SkyNET drone all set up, you fly around in urban environments loaded with WiFi networks controlling the AR.Drone via 3G. It looks for networks it can break into, breaks into them, and attempts to compromise any vulnerable computer on the network. From there, these infected machines can take orders from SkyNET with no traceable ties back to the hackers running it, as everything is coming directly from an aerial drone connected directly to your WiFi network.

Pretty creepy, right? This seems like the stuff out of science fiction, but with the right technical know-how can be done today for approximately $600. So, if you haven’t yet, now might be a good time to secure your wireless network. Personally, I’m just blown away that a device that was originally sold as a fun iOS-controlled quadricopter with some augmented reality games can be used for such crazy things.