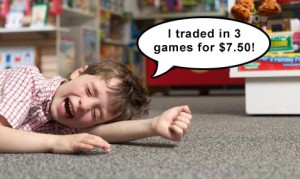 Last week we reported on rumblings that GameStop was going to get into the iOS device buying and selling business. We also briefly discussed this on our last podcast, and the TouchArcade hive mind thinks it makes sense, as currently GameStop is a company with a business model based entirely around physical media that’s facing the cold hard reality of a physical media-free future thanks to devices like the iPhone, iPad, and iPod touch. Without some kind of strategy, GameStop could potentially be the next Blockbuster Video, with a business made totally obsolete by advancements in convenience technology.

According to Kotaku, taking iOS devices on trade in isn’t the only thing GameStop has up its sleeves. Apparently, they’re rolling their own touch-based hardware platform… This, oddly enough, doesn’t seem that far fetched either. There are a bazillion Android OEM’s out there desperately trying to sell their various reference designs with hopes that they catch on in some meaningful way. And GameStop needs to figure out what it’s going to do in the new frontier of app gaming as the bread and butter of their business is taking a game on trade-in for $6 and re-selling it for $60– Something you can’t do with virtual goods. 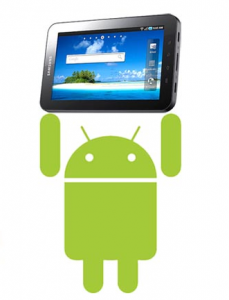 From the looks of it, GameStop will likely be taking an existing Android device (I’m guessing something based on the Tegra family) and branding it as a “GameStop certified gaming platform." This would potentially also allow them to run their own proprietary Android storefront, that they’d have complete control over, and could then sell virtual goods in stores via downloads codes quickly and easily. (Assuming this catches on, of course.)

What will be interesting to see is if GameStop attempts to weasel in some kind of wacky trade-in mechanic into their store, or what else they could possibly have in mind to make them think that something like this would take off in any meaningful way. Just branding something a “GameStop certified gaming platform" doesn’t change the fact that Android’s gaming library is largely filled with old ad-laden ports of iOS titles, and if you’re standing in a GameStop, I’m not sure why you’d choose a GameStop tablet with Shrek Kart over an iPad with… everything else. Unless of course, the way GameStop is going to choose to compete is on price point, which hasn’t exactly worked out for any Android tablet save the HP TouchPad which was liquidated at a massive loss.