WayForward, the studio that’s just finished cleansing and manipulating Majesco’s Bloodrayne franchise into something that’s actually fun to play with Bloodrayne Betrayal for Xbox Live Arcade, is porting the second game in its original Shantae franchise to iOS. In a couple of weeks, the studio plans to launch Risky’s Revenge on the App Store for the iPhone, iPad, and the iPod Touch, a representative has confirmed with us.

Risky’s Revenge debuted on the Nintendo DSi e-store in 2010. Despite the relative obscurity of the platform, people have been downloading and embracing the action-platform game. Heck, its even gathered some lofty awards with the media at large, which isn’t something download-exclusive Nintendo DS games do. 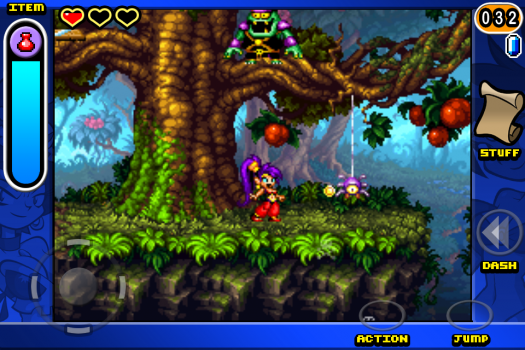 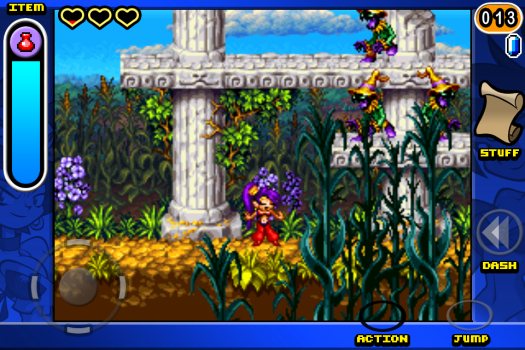 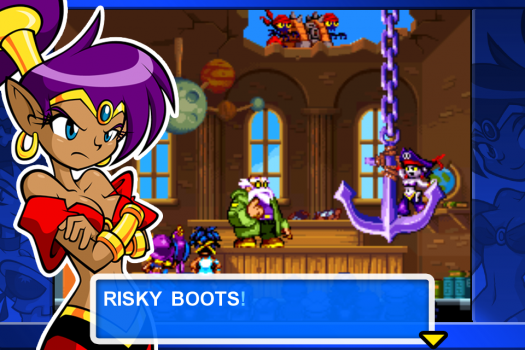 To be clear, this is a port and it will have virtual controls as a substitute for the DS’ control functionality. And while that sounds like a bummer, it’s important to note that WayForward is actively tweaking the design of the original game to cater to iOS. In our Q&A below, the studio specifically says it’s tinkering with the spacing of environmental objects and the behavior of AI, in addition to overhauling the UI and how moves are triggered.

We’ve played a bit of a developer build and love what we’re seeing — Risky’s Revenge is undoubtedly poised to be a technically and mechanically sound game that we’ll be happy to have with us on the move. As for what’s next on iOS for WayForward? We realize we’re getting ahead of ourselves, but it sounds like its interested in sticking with the App Store in some capacity down the line. The first priority for it, though, is to get this out of the door in the best possible way.

Let’s pretend that the entire iOS audience hasn’t had a chance to see Shantae: Risky’s Revenge on the DS’ digital store. What is it and what makes it so awesome?

Shantae: Risky’s Revenge is a modern day sequel to the Game Boy Color classic Shantae, originally distributed by Capcom. In it, players guide a hair-whipping, belly dancing genie on her quest to defeat Risky Boots, a sexy pirate who’s determined to rule the world. Nintendo fans will notice the influence of Zelda, Castlevania, and Metroid right off the bat. There are puzzle-filled dungeons, gigantic bosses, magical upgrades, and a humorously flirty-girty storyline. Having developed 3rd party Nintendo titles for over 20 years, we’ve got a good handle on this kind of thing. 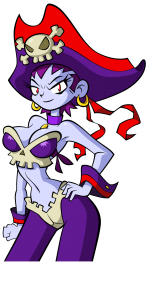 What makes it a good fit for the iPhone and iPod Touch?

Shantae is famous for three things; high ratings, hips that don’t lie (whatever that means), and being difficult to find. We’re bummed when we get letters from gamers who want to play it, but don’t have the means. So, moving to iOS should help fix that.

Technically, the game runs silky smooth at a rock solid 60 frames per second, which is essential for an action game. The character artwork gets a huge boost on retina display, and our love of dot pixel graphics is perfectly preserved since there’s plenty of resolution to go around. The iPad version is especially engrossing, since the visuals really stand out.

You’re going to have to make do with virtual controls, right? What kind of enhancements, tweaks, or concession have you had to make as a result?

Virtual D-Pads are my personal arch nemesis, so I’m happy to report that ours does the job incredibly well. I should explain that this was not a quick and dirty port… it’s been almost a full year of nonstop work, and we’re preparing a release candidate now. The game has changed over time. Early on, our focus was to make it play exactly like the Nintendo DS game, but over time we saw the need to make it play “proportionately” the same. Meaning, if the player put out X amount of effort as in the DS version, they should get an equal sense of accomplishment in return. 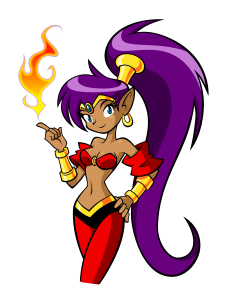 Using that philosophy we made tweaks throughout the game. Platforms are slightly wider, chains dangle a little bit closer to the player’s grasp; enemy behaviors are just a bit different. Players familiar with the Nintendo DSi version will probably enjoy discovering the subtle changes. We also overhauled every menu interface and changed how many of the player’s moves are triggered. We also optimized each version for use with Fling and Fling mini joysticks, and came up with an inspired list of Achievements for Game Center. Overall, there are many more enhancements than concessions.

What do you hope new fans or consumers will get out this particular version of the game?

I hope players will get a kick out of our bizarre sense of humor and appreciate core gameplay fundamentals, maybe fall in love with the characters too. But mostly, we’re just happy to have a stage to entertain on.

I’ve read that WayForward often uses Shantae to demonstrate its abilities with new technology. We’re all under the impression that this is a cohesive and whole game, but is Risky’s Revenge iOS a sign that more is to come from the studio on this platform?

Yes, we’ve done that a lot in the past, and this is indeed a full product. I think with this title, we’re officially on every popular platform out there. As to whether or not there’s more to come? Probably. But rather than porting something akin to a $29.99 retail game, we’d more likely make something specific to iOS from the get go. Right now we’re extremely jazzed to bring Shantae: Risky’s Revenge to iPhone, iPod Touch, and iPad.