Before I explain what A Sharp’s King of Dragon Pass is and comment on the fact that an iOS version has been in the works and will release in September 2011, take a gander at some of these images and tell me that this doesn’t have the potential to be the greatest thing to ever grace the App Store this side of, oh I don’t know, Doodle Jump [$.99 / Free].

The three underneath shots are taken directly from the forthcoming iOS version. The first image is from the 1999 PC version. It’s by far one of the best out-of-context video game screenshots I’ve seen in a long time. Dinosaur mounts, guys! Wow! 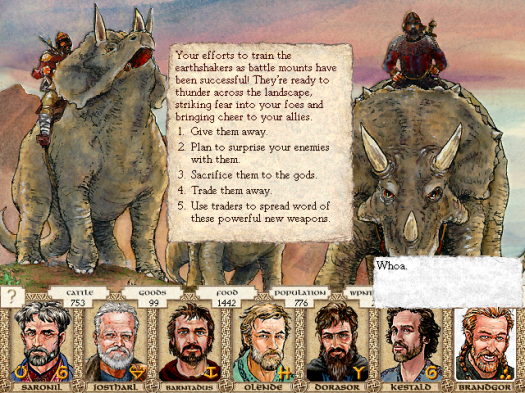 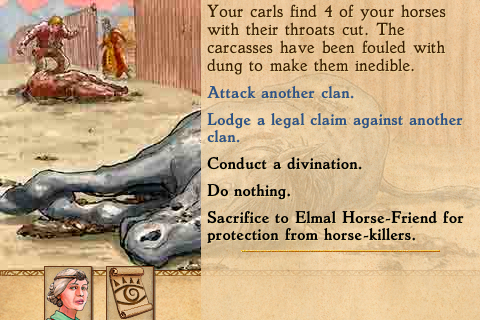 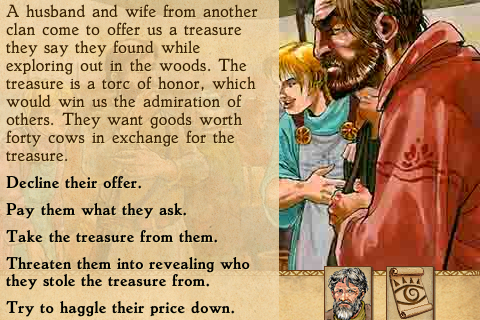 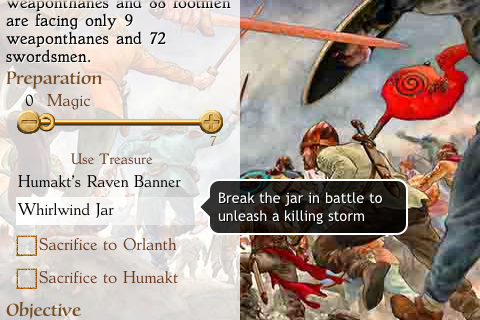 If you weren’t really into the PC game scene in 1999, you might not know what’s up with King of Dragon Pass. Boiled down, it’s a distinctive RPG in the loose traditional sense that manages to marry things like management and strategy. In it, you control a seven member clan in a quest to survive and thrive in a big world full of dangers and intrigue. Also, dinosaurs.

A Sharp announced the game a while ago and has been discussing its development over on its dedicated blog for around a year. It’s a pretty good all-around resource for what’s coming and it’s also a neat look into the porting process. Speaking of that, keep in mind that this is an iPhone and iPod Touch title and not an iPad joint — according to the dev, the original artwork is too small for the device and its time and money is limited. Maybe someday, eh?