It was back in mid-April that we first caught sight of Dream:scape, an upcoming fully 3D adventure game built using the Unreal Engine. Dream:scape has been loosely compared to a free-roaming Myst-style game, and the trailer showcased fairly stunning visuals and intriguing dialog that had me curious to see more. Here’s a quick synopsis as seen on the developer Speedbump Studio’s website:

Take on the role of Wilson, a coma patient relearning his past by exploring the dreamscape of his memories. Only there, in the lucid light of the subconscious, buried secrets are revealed, unraveling a decades-old mystery of tragedy, betrayal, and ultimately, revenge. 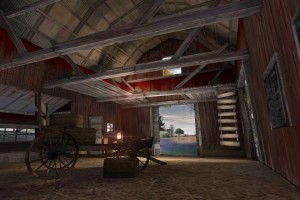 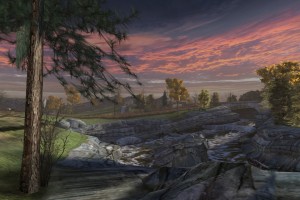 Unfortunately, after submitting the game to Apple, the release of Dream:scape hit a snag when it was revealed during the review process that due to a memory bug the game would only be certified for iPhone 4 and iPad 2 devices. It was expected that a robust game like Dream:scape would likely only work on 3rd generation hardware and up, but being limited to only 2 devices would not be acceptable. Speedbump decided to pull the submission and spend time reworking Dream:scape to run on older devices.

Which brings us to today, just over a month later where Speedbump has revealed that Dream:scape is finally ready and will be released next week on June 9th. The official devices supported will be the iPhone 3GS, iPhone 4, 4th generation iPod touch and both iPads. Curiously, no mention of 3rd generation iPod touch support, though since that hardware is nearly identical to a 3GS I think it will be safe.

To celebrate having an official launch date, Speedbump has prepared a brand new trailer for Dream:scape:

I don’t know about you, but that second trailer has me even more excited for the release of Dream:scape. The first trailer showed some realistic depictions of gorgeous landscapes and interiors, but this one shows some seriously twisted dream world stuff going on that looks great and also kind of creepy. Also, I hate spiders, so the gigantic spider part is sure to freak me out.

We’ll be eager to check out Dream:scape when it launches next week, and until then you can drop by our forums to discuss the game.