It’s always surprised me when considering both how many games there are on the App Store combined with just how well the iPhone’s tilt controls lend itself to the genre that we haven’t seen more combat-oriented flight sims. While we had fun with both Ace Combat Xi and F.A.S.T., it has been nearly 2 years since their respective releases, and it is more than time for something new. Z2Live Games has decided to capitalize both on the recent lack of awesome combat-centric flight sims and how popular freemium gaming has been lately with MetalStorm: Online [Free].

Like most (all?) free to play games, it doesn’t take long to get introduced to the in-app purchase system that fuels the whole thing. In the case of MetalStorm: Online, in-game coins and tokens are the name of the game when it comes to buying the jets you’ll be flying, as well as tweaking them out with upgrades. You’ll start out with enough credits to buy yourself a starter jet, although you’re really limited to one of three that you’ll be able to afford. 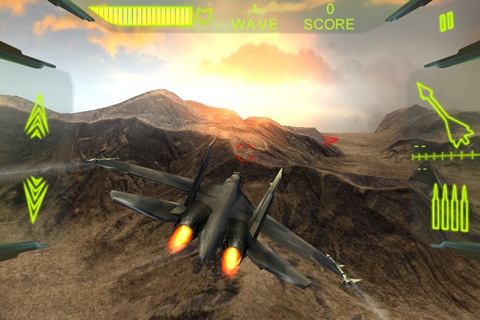 After picking up your first jet, you’ll be ready to fly. In its initial release, MetalStorm: Online includes 3 game modes to choose from. You can either fight against continuous waves of AI-controlled opponents in either single player or co-op modes, or take the fight online via Game Center. Each game you play awards experience points as well as tokens which allow you to buy new jets, upgrades, and more.

The game’s simple HUD compliments the controls very well, with virtual buttons for the various functions of your jets oriented intelligently on screen. They’re both simple enough, and feel standard enough that if you try out MetalStorm: Online and you’ve played any other iOS combat sim you’ll pick things up instantly. Evasion is handled in a clever way in MetalStorm with swipe-based gestures to perform various rolls, dodges, and quick turns. 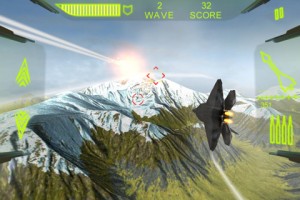 While the previously mentioned single player mode is a fun way to learn the game, as the title hints, MetalStorm: Online was made to be played online. Game Center matches work well, and aside from a seldom rogue disconnect, connections have been perfect. Online dogfights can feel a little slow at time, as each of you are circling each other, but few games can rival the rush of a great matchup of an opponent with equal gear and skill… Which really leads me to my one major gripe about the game.

Each weapon you purchase with tokens or coins has an ammo count. Once that ammo runs out you’ll either have to re-purchase them again using the tokens you’ve earned or downgrade to the standard weapons, which compared to the upgrade options are far inferior. You can still win matches against bettter equipped opponents using the basic weapons, but it is very difficult and can get quite frustrating. The game’s match maker also doesn’t seem to take into account the equipment level of your opponent, so it’s not out of the ordinary to find yourself substantially outgunned by players who have invested in IAP.

MetalStorm: Online seems to be truly free to play in that you really can get all the important upgrades by earning the various in-game credits just by playing, but doing so would require some serious devotion to the game. Currently, you receive one coin per level up. In the early levels of the game, this takes around half a dozen matches. The best plane right now costs 300 coins, and saving up for that just by playing just seems unrealistic– Especially considering the whole time you’ll likely be outgunned by people who are buying upgrades instead of stockpiling coins. 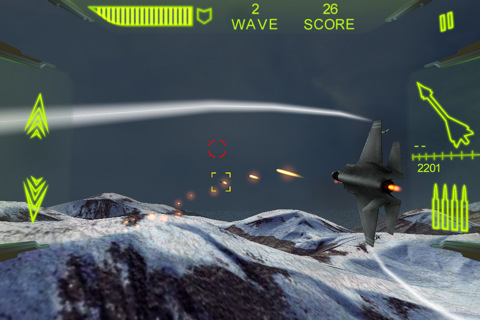 $5 worth of coins let me get a new plane and some missile upgrades which allowed me to absolutely dominate the matches I’ve played since, even going three in a row without dying once. Sadly, it seems buying IAP is basically required if you’re at all interested in playing competitively online. Comparatively, before I bought my upgrades, I basically just joined games and got owned. I don’t feel like I got substantially better in the skill department between the pre-IAP and post-IAP games, and the vast difference in performance feels directly related to dropping five bucks.

This alone would be annoying enough, but you never really feel like you even can save up your freebie tokens earned by playing because you have ton constantly be buying ammo for your weapon upgrades. This ammo system makes it feel like every time you make two steps forward in saving up for something cool without paying, you need to take a step back and buy some ammo to remain vaguely competitive.

The good news is, the whole in-game economy and how games are matched can be completely rebalanced, likely without even issuing an update to the game itself if MetalStorm: Online is running on a similar infrastructure as other freemium games. If that happens, MetalStorm would be an entirely effortless recommendation. Gameplay (when you’re not getting totally smoked by people who bought better equipment) is a ton of fun, the graphics are great, and the controls work incredibly well.

Since it’s free, you don’t have much to lose by trying MetalStorm: Online. You might really enjoy grinding away in the game while slowly earning coins, making most of my IAP-related complaints a non-issue. I just can’t escape the feeling that I’m being nickel and dimed for upgrades, ammo, and IAP doesn’t seem anywhere near as optional as it should be in a PvP-driven online game where investing real-world dollars can make such a difference, essentially making the game less about skill and more about who has either spent more money or invested more time grinding up coins.