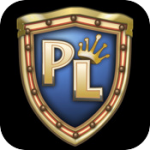 There’s been a shocking amount of crossover between the iOS world and the mainstream world lately. Both Doodle Jump and Angry Birds have tie-ins with major motion pictures, Angry Birds was (vaguely) featured during the Super Bowl and Cut The Rope even took home a BAFTA. When this is discussed on our forums, I’ve seen a few people seemingly jokingly mention that it won’t be long before a game on the App Store has its own dedicated TV commercial. Well, that day is today.

We thought Pocket Legends was great in our review nearly a year ago. I had no idea that the game was big enough or successful enough for TV commercials until I met with the developers during GDC. Since our initial review, the game has seen several updates to add even more content and functionality. Now is as good of a time as ever to give Pocket Legends a spin, especially if you’re looking to get a jump on the inevitable influx of players from this TV advertising campaign.

While the existence of this commercial itself might not seem like that big of a deal, this is a major step in legitimizing smartphone gaming as a mainstream gaming platform in the USA.