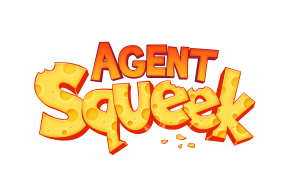 Yesterday morning before the keynote I met with our friends at Firemint who were excited to discuss their upcoming game, Agent Squeak which was announced earlier this week. We mentioned the premise before, but you play as a mouse who collects cheese and must make it to his mouse hole on each level. Gameplay hinges on a really clever and fun stealth/avoidance mechanic where you control the mouse using your finger to draw his path.

Obstacles not only include a wide variety of objects that you need to avoid, but also an array of cats who want to eat you. The time I was able to spend with the game was somewhat limited, but it was really clever how Firemint combined both a stealth and avoidance mechanic with their familiar line drawing control method that was perfected in Flight Control. They weren’t willing to let me shoot any video or provide any screenshots just yet, but I got a look at an early cut of an upcoming trailer that showed an amazing amount of variety later in the game.

On the subject of Real Racing 2 HD, the inevitable upcoming iPad version of Real Racing 2, Firemint assured me it was still coming and the extra development time has been spent on truly optimizing the game for the iPad hardware. Also, yesterday’s announcement of the iPad 2 threw an interesting wrinkle into RR2 HD’s development that Firemint explained they were already anticipating:

While we were not aware of the specs for iPad 2 before the keynote, we made some educated guesses about where we thought the hardware might head, so for many months now we have been developing a much more graphically intensive version of Real Racing 2 HD to take advantage of the anticipated performance improvements. Real Racing 2 HD has been significantly enhanced beyond what could work on existing devices, and our efforts have definitely given us a head start on iPad 2.

We’re excited to see what’s coming from Firemint, and I can’t wait to post the inevitable Agent Squeak trailer. Will it be the next Angry Birds? It’s hard to say, but it’s hard to argue the fact that Firemint has had an amazing lineup of games on the App Store.