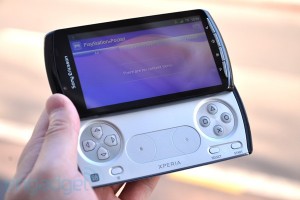 Just as Engadget gets its hands on the still-unannounced PlayStation Phone, SCE hits us with this new mobile phone project: the PlayStation Suite.

In a nutshell, PS Suite is an Android initiative that will open up the PlayStation library to a range of Android owners with “PlayStation Certified” devices like phones and tablets. Details are light at the moment, but publisher Sony has confirmed its intent to port over PS One titles to Android via this new vehicle, which looks more like an extension to its downloadable platform PSN than anything else.

Interestingly, if PS Suite will resemble PSN, or even tie-in to it, there’s a good chance PS Suite subscribers might also get access to other forms of media like videos, themes, or even the Trophies achievement system. Sony isn’t talk about stuff other than games yet, so consider this all speculation on my part. However, I’ll note that Sony CEO Jack Tretton is teasing something in this PS blog post when he says, “we are also working with developers to create new and exciting content that will be available on both PS Certified devices and the NGP when it comes to market.”

It’s an interesting approach to the mobile gaming space that we haven’t seen from the other big two publishers, Microsoft and Nintendo. Sony is taking its platform straight to a range of phones, while Nintendo is producing its 3DS and Microsoft is pumping its resources exclusively into the Windows Phone 7. As for what PS Suite means to us, the iOS user, is more competition on the phone gaming market, which is never a bad thing. If someone raises a bar, the other has to respond. If PS Suite catches on, we might see growth in terms of more full-featured, console-like offerings on iOS. 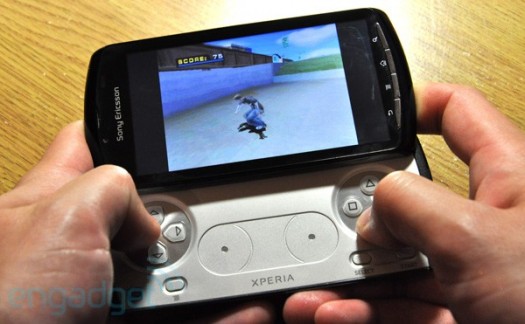 There’s also a small chance that PS Suite could make its way to Apple’s devices. Note that Sony isn’t saying “exclusive” when it talks about Android, so its obviously leaving some wiggle room. Don’t forget, last month we did report on Sony planning on bringing a curious official Sony app to the App Store with “tons more features" coming in the future.

And take double note of the PSP Minis initiative. Certainly, those will be part of the “exciting content” that’ll see released on the NGP and PS Suite, right?

Oddly enough, our first look at what will surely become a PS Certified device came from Engadget earlier this week when it somehow got its hands on an ever-elusive Sony Ericsson Xperia Play (or the “PS Phone.) Their rundown is solid from a technical angle and a rather good read from an iOS-centric point of view for the reasons I just discussed. No official Sony content is available on the platform quite yet (the phone still hasn’t been announced), but it performs well with emulation, so that’s a good indication that it’ll be able to run what Sony is talking about well.

In all, Sony made some cool announcements yesterday that’ll bleed into our platform of choice if its moves are responded to by fans with Sony-branded devices. Obviously, we’ll have to wait to see if Apple feels like these are significant enough developments to feel like it needs to answer in the 5th generation, but it’s exciting nonetheless.