It’s not hard to get excited about the second generation PSP or the “Next Generation Portable,” as Sony calls it, especially if you do most of your gaming on the go. On top of a familiar button and doodad layout with an added stick for his comfort, the publisher is tacking on a kitchen sink’s worth of tech, including tilt and touch, as well as two different cameras and 3G support. It’s just about everything you’d want from a next generation portable device. 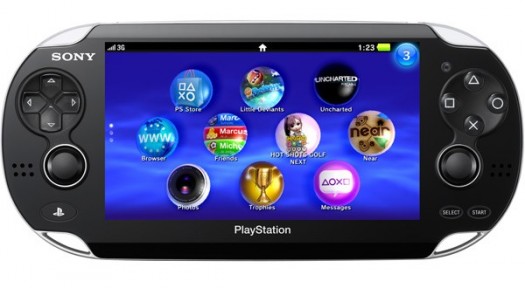 Men wiser than I have told me, though, that the specifications for the NGP that were revealed last night for the first time are good indications of the direction Apple will be going with its second generation iPad and 5th generation touch devices if rumors are to be believed. Manufacturers tend to pull from the same hardware shelf and then tweak components like brand new CPUs and GPUs so they cater to their own devices, meaning we might see comparable stuff from Apple whenever it reveals its next gen platforms.

Do note the NGP is using an ARM Cortex A9 which has been rumored as the potential foundation for the Apple A5 chip, the successor to the A4 found in current devices. It’s also using a similar GPU to the one most people in the Apple rumors community expects to see in upcoming iOS devices as well.

So, what will the next round of Apple devices have in them? Only really, really special people (think: dudes who work for Apple) know for sure, so this is all speculation on our part. But what’s so exciting about this — aside from being able to fill out some slots in our Apple press conference BINGO cards a little earlier this year — is that the NGP looks capable of rendering native PS3 games. If Apple were to actually put all this junk into its next handheld, we’ll be fiddling with incredible machines with the power to output visuals and tech on the same level as current consoles. WILD, right? Oh, how those budgets will soar!

And speaking of wallets, Sony isn’t talking price at the moment. But if the PS3 was any indication… well, you might have to get a second or third job. For more information on the NGP, swing over to Engadget.