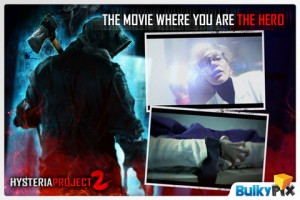 The original Hysteria Project [Free] was released in early 2009, and still sticks in my head as one of the more memorable iPhone games I’ve tried. It’s free right now, and you really should give it a try… But, if you’re in a place where it’s not feasible to quickly download a 150MB iPhone game, here’s the gist: Hysteria Project plays surprisingly similar to those old Sega CD era full motion video games in that you don’t have very much interaction and you’re mostly just watching a video with branching points. During the game you’ll have an opportunity to tap certain objects to interact with the game world, decide where your character runs, or other things like that.

Even though gameplay was more than a little basic, I thought it was really well done and combined a cool little indie horror flick with some interactivity. The game is short, but was just long enough to leave you walking away from it saying to yourself, “Huh, that was cool." And really, games that make you think that seem to be entirely too rare these days. Hysteria Project 2 [$1.99] can be described in mostly the same way. 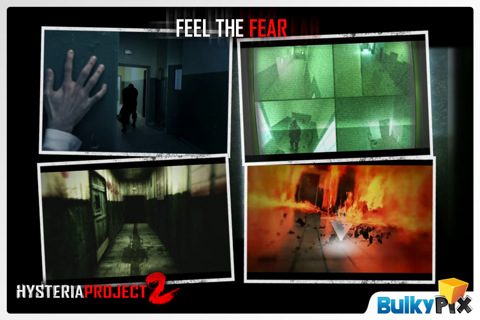 Like its predecessor, it’s a full motion video game with a heaping helping of video to watch. There is significantly more interactivity this time around, but at its core the game is still a Sega CD style FMV game, which means interactivity is limited to some puzzles and other touch-based mini-games. Unfortunately, these puzzles and mini-games really aren’t much fun, usually aren’t explained very well (if at all), and the only hints you’ll find are generally on the game over screen– A screen which you will get incredibly used to seeing while playing through the game.

Both Hysteria Project games kind of give me the same vibe as Papa Sangre [$4.99] which I reviewed yesterday. I’m glad they exist, and they’re the exact kind of crazy indie games that I love seeing crop up on the App Store, but I’m not sure how strong of a recommendation I can give them. They’re great experiences, but I wouldn’t really describe them as “fun", which I think is what most people are shooting for when they’re looking for a new game to play.

That being said, if anything above sounds even remotely interesting to you, you need to try the original Hysteria Project while it’s free. If you play through that and are looking for more, dive into the sequel.