Yesterday, we posted about an issue that had recently gained quite a bit of attention in the App Store world. On Monday, developer Robots Vs. Wizards started a topic in our forums announcing that they had received word from Apple that they would need to change the name of their game Doodle Monster, at the insistence of Doodle Jump creators LimaSky, as it could potentially infringe on a trademark held by them. Assuming that they were in the wrong, Robots Vs. Wizards was ready to change the name of their game so as not to see it pulled off the App Store.

Other developers started chiming into the thread, however, and stated that they had received similar warnings about their own “Doodle” games. Bryan Duke of Acceleroto detailed some additional information pertaining to his own personal situation dealing with the term “Doodle” and how it pertained to LimaSky. 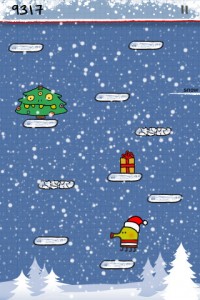 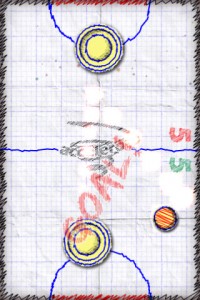 Since Monday this story has quickly created quite a stir on the internet, with a groundswell of support for the independent App Store developers and a whole heaping load of ire towards LimaSky. This was a bit unfair, though not totally unprecedented for the internet, as LimaSky had yet to even comment with their side of the story, and in just a couple of days the lynch mob mentality was in full swing. Last night, Igor Pusenjak of LimaSky released an official statement about the whole debacle over at PocketGamer.biz.

First, and foremost, Pusenjak reports that he has instructed his lawyer to withdraw the complaint notices from Apple. He claims the reason behind the infringement notices were, in fact, defensive.

That notice was sent out largely to protect our Doodle Jump trademark from threats of being canceled by Bryan Duke’s big-house law firm. One of their arguments for threatening to cancel our registered Doodle Jump trademark was that we did not prevent other games from using the word ‘Doodle’.

Pusenjak further says that they didn’t intend to have those games removed from the App Store, but to specifically address potential infringements rather than removal of the games, themselves.

And we have made this clear to every developer who has contacted us — you don’t need to take your game down, but you need to change the infringing elements.

Pusenjak also points out that Bryan Duke was the first to file for the “Doodle" trademark, and that Lima Sky’s own “Doodle" registration was to avoid having the trademark used against them. So, it seems some of the legal escalation that occurred was due to misunderstandings and/or mistrust between the two parties. Duke admitted to filing for the “Doodle" trademark first, but he claims it to have been defensive as well:

Just like my lawyer told me, there was no way anyone (except for possibly the very original “Doodle" game) could possibly get awarded the trademark for the word doodle. My lawyer told me the only way to have proof of that was to file for a trademark for the word doodle. To get that proof and the protection from potential opposition from Lima Sky, I did that.

Lima Sky’s full statement can be read on PocketGamer.biz. While the merits of each side are still being discussed in our forums, it seems there has been a surprisingly swift and amicable conclusion to this ordeal.