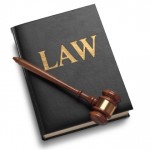 We’ve been following this confusing development for a few days now which originally started on our forums where an increasing number of developers are receiving notice that they’re violating Lima Sky’s trademark on the word “Doodle" by having various titles on the App Store with “Doodle" in their names. Lima Sky is responsible for the wildly popular jumping game Doodle Jump [99¢], and its success also likely spurred the (now incredibly cliche) barrage of similarly styled doodle games. Bryan Duke of Acceleroto posted a fantastic synopsis from a developer’s perspective of what has been happening.

In a nutshell, Lima Sky has just barely enough legal ammo to lean on Apple to get similar games removed. From there, Apple sends out a letter to the developer of the game in question, and they have five days to respond or else their game gets yanked off the App Store. 148 Apps recently confirmed Lima Sky’s intentions by receiving a form response back from their legal team explaining that they are in fact claiming a trademark on the word “doodle" and are looking to have any games with “doodle" in the title changed (or removed, from the looks of it). 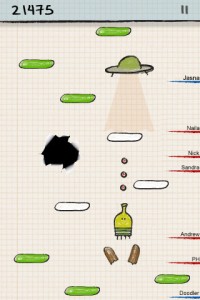 Where things get interesting is that while Doodle Jump is a ton of fun, calling it an “original" game couldn’t be more of a stretch. Its gameplay is based on PapiJump [Free], and developers have been releasing video games with a hand-drawn styled “doodle" art for years before Doodle Jump. It wasn’t the first game with “doodle" in its title either, as Adrian Cummings of Mobile Amusements pointed out on our forums, they originally released Doodle Bug in 1992, and plan on bringing it to the App Store.

We’re as tired of “doodle" games as everyone else, but any way you slice it this is a very depressing move from Lima Sky. We had Igor of Lima Sky on our podcast, and frankly, his tale of how his company began with him and his brothers making video games for fun was incredibly heartwarming. Having them turn on fellow indie developers a year later exercising trademarks which seem shaky at best is incredibly disappointing.

For more information on all this legal drama, and to follow along with developers under the legal hammer of Lima Sky as they deal with it on their end, stop by the thread on our forums.

Update: Lima Sky responds and withdraws the their legal complaints.