Canabalt, $2.99 – After raising more than $30,000 for the Child’s Play Charity as part of the Indie iPhone Game Sale over the holidays, developer Semi Secret decided to celebrate by making their game Canabalt open source for people to tinker around with or use to create their own game (with limitations, of course). The Canabalt code that was released as open source was an even more up to date version of the game than what was currently in the App Store. Now this improved version has become available as an update for iOS owners of the game.

The update features Retina Display graphics and 60fps on iPad and 4th generation devices, Game Center integration for high scores, and other performance optimizations and fixes. Significantly, this update appears to have finally fixed the long standing problem of stuttering and choppiness on 3rd generation devices. Canabalt running at a rock solid 60fps with Retina Display graphics is a sight to behold, and the game is now crisper and smoother than I ever imagined it could be. Game Center integration is nice for comparing scores with my buddies, but sadly there are no achievements included at this time. 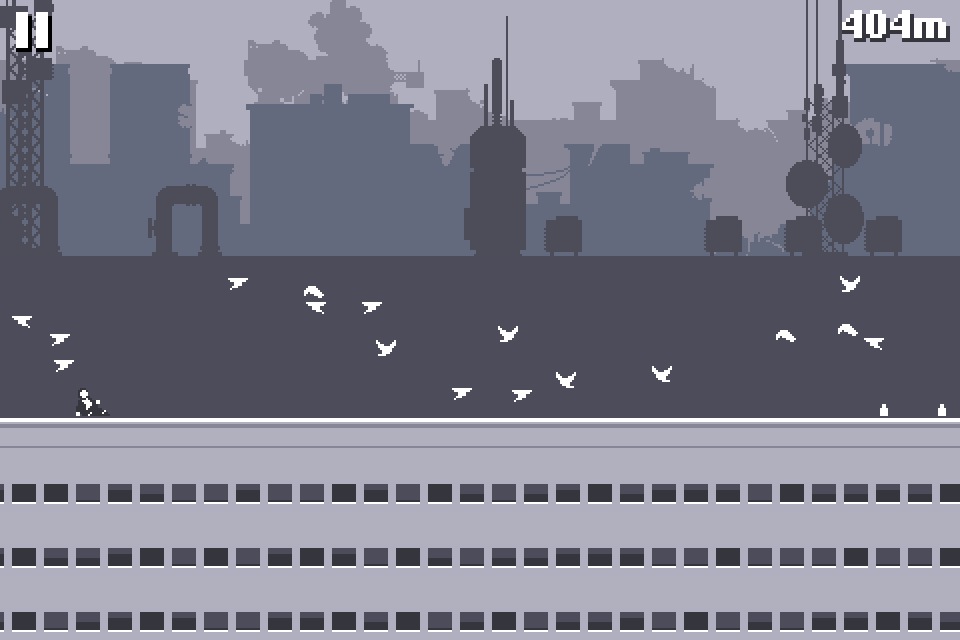 With so many running games available, it had been a while since I fired up Canabalt. But playing it today to check out the new features reminded me why it’s one of the best in the genre. The simplicity and elegance is unmatched, and my goodness do I love the music. If you own a copy of Canabalt make sure to grab the latest update, and if you have yet to pick it up it’s currently still on sale for just 99¢.

Chopper 2 - GameClub, Free – Back in July, Majic Jungle Software released Chopper 2, the sequel to the Mac and App Store hit Chopper [99¢/Lite]. We really liked Chopper 2 in our review, noting that it improved upon the formula of the original and also featured a number of neat innovations, like the ability to control the game on the iPad using an iPhone or iPod touch, or utilizing the video out feature to play the game on a big screen.

Recently, Majic Jungle announced that a version of Chopper 2 would be coming to the Mac App Store, and in keeping with the innovative technical features of the iOS version, the Mac version will be able to be controlled using the iOS version of the game with an iPhone or iPod touch, which is demonstrated in the video below. Today, the update went live for Chopper 2 in the App Store that adds this functionality to the game in anticipation of the Mac App Store launch this Thursday.

Not to be overshadowed in this latest update is the inclusion of Game Center integration with a number of online leaderboards and 56 achievements to unlock, as well as a few minor bug fixes in the game. To celebrate the launch of Chopper 2 on Mac, the universal iOS version is currently on sale for just 99¢. Additionally, the Mac version of the original Chopper can now be downloaded for free from the Majic Jungle website, which is a neat bonus. Make sure to update your iOS copy of Chopper 2 and be looking for the game to launch alongside the Mac App Store this Thursday.