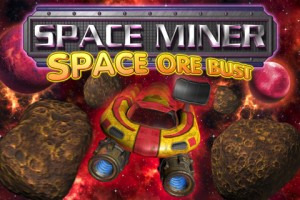 In 2009, our game of the year was Spider: The Secret of Bryce Manor [99¢ / HD], a title that perfectly embodied what we loved about iPhone gaming. After weeks of deliberation, lists, email chains, and IM conversations we’ve settled on the official TouchArcade iPhone game of the year for 2010: Venan Entertainment’s Space Miner: Space Ore Bust [$1.99 / Lite / HD].

In our review we called it “one of the best games [we’ve] played since the App Store went live over a year and a half ago." Looking back on the game releases of 2010 trying to pick what we thought was the best lead to us continually coming back to Space Miner. We loved the classic Asteroids-style gameplay, the clever storytelling, and the degree of customization that kept us coming back for more through multiple play throughs. Depending on how you load your ship out, the game plays much differently. For instance, you can be a glass cannon prioritizing asteroid-pulverizing guns, or take a more slow and steady approach prioritizing shields and cargo space for huge hauls of ore.

Space Miner HD is great on the iPad, and we also really enjoyed Space Miner Blast [Free], a game based on Space Miner with much of the depth of the original game stripped out to instead focus on quick arcade-style gameplay. Also, the original Space Miner has been updated to include some really great looking Retina Display graphics. If you played through the game when it was originally released earlier this year, we hope this serves as a good reminder to reinstall this game and enjoy it again. If this is the first you’ve heard of Space Miner, it is a game that simply must be part of your game library. 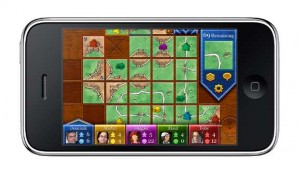 The Coding Monkeys have two Apple Design Awards under their belt for their two Mac programs, SubEthaEdit and BoinxTV. Taking this in to account, it’s no surprise at all that the overall design and presentation of Carcassonne [$9.99] could not possibly be better. Based on the classic board game of the same name, Carcassonne is without a doubt the best adaptation of any board game that we’ve seen on the App Store. Instead of implementing unnecessary 3D graphics like EA has with their Hasbro classics, The Coding Monkeys focused on how the game plays.

Carcassonne starts with a fantastic completely voiced over tutorial to guide new players in to the game, and game modes that allow you to either play in massive single player games with many types of AI players or a number of different multiplayer modes. These modes include single device hot seat multiplayer, local Bluetooth or WiFi, and even online asynchronous play utilizing push alerts. Honestly, the only thing we could even ask for is that they eventually implement the various Carcassonne expansions as in-app purchase. We’ve be all over that.

If you’ve had Carcassonne on your device since it was released, be sure to swing by the thread where people are still looking for others to play with. Otherwise, it recently saw an update which added universal compatibility, making this game a must-have for both iPhone and iPad owners.