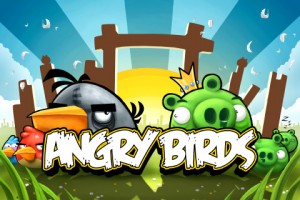 Rovio has put us in an interesting predicament with our end of the year coverage. It’s impossible to not somehow mention Angry Birds [99¢ / Lite / HD], but strictly speaking, it is a game released in 2009. December 10th, 2009, to be exact. The game’s appearance on the App Store was without much fanfare, as it was (and still is) published under Chillingo’s Clickgamer brand. Established in late May of 2009, Clickgamer is Chillingo’s secondary brand to offload casual titles and other games they wouldn’t label as an “AAA title" like iDracula [99¢], and other top games of the time.

From the original press release:

“This moves allows Chillingo to focus the Chillingo brand on AAA titles, and at the same time allow us to leverage our marketing resources to promote clickgamer.com to support the publishing of high quality titles across various genres in the App Store” said Joe Wee, Director and co-founder of Chillingo.

Chillingo’s decision to relegate Angry Birds to the Clickgamer brand seems to be a clear indication that they had few expectations of the game which has since become their flagship title, and likely played a major role as a bargaining chip when EA acquired Chillingo for $20m. Looking back at the original thread on our forums and our own review, Angry Birds was unanimously loved, but many mentioned there “only" being 63 levels and the lack of any kind of online leaderboards as things that detracted from the game.

Obviously, Rovio didn’t give up on Angry Birds, they stuck to their guns and released a constant stream of updates through 2010. Angry Birds charted in one way or another since its release, but it wasn’t until late February that it got a foothold on the top of the charts– A position it’s more or less held on to since then. A HD iPad version later appeared, as did a new self-published seasonal game, Angry Birds Seasons [99¢ / HD] which has enjoyed similar success.

Rovio has basically rewritten the definition of success both on the App Store and in the world of Android. Earlier this month they announced that they’ve reached 50 million downloads, and in a recent interview with Tech n’ Marketing mentioned that over 80% of people keep the game installed. Some other amazing statistics are mentioned in the same interview. 200 million minutes of Angry Birds is played every day which compares favorably to basically every other form of visual entertainment including primetime television.

Next year Rovio has plans to bring Angry Birds to home consoles, and in a interview with the BBC, they even confirmed a sequel was in the works. While Rovio remains guarded with their exact plans for 2011, the fact remains: With a pool of millions of Angry Birds fans, anything they release will likely also rocket to the top of the charts.