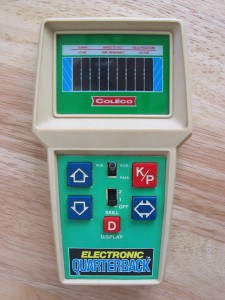 It’s still incredible to me how far portable devices have come. I clearly remember thinking just how fantastically awesome my original Gameboy was in in 1989, and how I could never look at my old Tiger Electronics LCD and older LED-based handhelds the same ever again. If you would have told me back then that I’d have an all in one device that not only had a pixel density higher than my eye was even capable of seeing, but it was also constantly connected to the Internet, allowing me to download high quality games over the air… Well, I’d probably ask you what “the Internet" is.

While we finalize our game of the year picks, we thought it was important to mention the games that pushed the technical limits of the iOS platform even further. We’ve covered these games at length before, but all of them clearly stick out as the titles that we’ll remember for pushing the boundaries of our iPhones in 2010, and are worth picking up if you want to see what your device is capable of:

Graphics: Infinity Blade, $5.99 & RAGE HD, $1.99 – “Console quality graphics" is a phrase often thrown around on our forums, and it wasn’t until Rage and Infinity Blade that I could ever really got behind describing anything that way. Both games flat out look incredible, and we cannot wait to see what comes of both Epic’s Unreal Engine and Id’s IdTech engine on the iOS platform in 2011. This seems like the tip of the iceberg, as the potential both engines have once developers really start getting the hang of them is out of this world.

Game World: Aralon: Sword and Shadow HD – There have been many RPGs released since the inception of the App Store, but none have this level of depth and complexity. Before we found ourselves immersed in Aralon, we thought game worlds this expansive were going to be reserved for the PC and home consoles. Being able to take the whole universe of Aralon with you in your pocket is awesome, and now that Crescent Moon has upped the ante this far, we’re extremely excited of what other developers release to up it even further in 2011.

Multiplayer: Real Racing 2, $9.99 – I still remember just how blown away I was when I played my first online game of Mario Kart on the Nintendo DS in 2005, and the crazy WiFi setup it required. (No WPA, still!) Fast forward five years, and we’re playing 16 player online races via 3G networks anywhere that you’ve got cellular service and enough battery left to play. The matchmaking in Real Racing 2 works well, and is fast enough to be able to play a quick race whenever you have a few minutes to spare.

Similarly, games like Modern Combat 2: Black Pegasus [$6.99 / Lite / HD] and N.O.V.A. 2 [$6.99 / HD] bring familiar console-like FPS multiplayer experiences with increasing player limits and game types with each iteration. The advent of Game Center and how developers are pushing both the complexity of multiplayer games and the number of players playing at once upward, 2011 should be incredible.

What’s even more amazing is considering that we’re basically in the middle of the fourth generation iPod touch, iPhone 4, and iPad product cycles. There’s so much more these devices are capable of, and it’s hard to even imagine what their successors will be able to do. 2010 was filled with advancements both in iOS hardware and software, I can’t wait to see what happens next year.