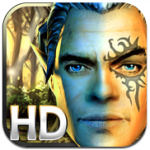 The story behind the creation of Aralon: Sword and Shadow HD [$6.99] is almost as interesting as the game itself. Aralon started as a project by the two developers, Jason and Sam, that comprise Galoobeth Games. They created an incredible RPG game engine for the iPhone that was more robust than anything previously seen on the platform, allowing for multiple character races and classes, the ability to mount and ride animals, a touch of alchemy and item combination, and oh so much more. All of this functionality was set in the expansive open world of Aralon, but as exciting as the framework for the game was the visuals were completely lacking.

Then back in May of this year the guys at Crescent Moon Games, who had previous experience in open-world action games with their own Ravensword [$2.99/Lite], stepped in to give the entire Aralon game a complete visual makeover. The stunning transformation can be seen in the comparison screenshots we posted in June, but it really hits home just how far the game has come when you watch the original trailer side-by-side with an updated one. All of this pre-release hype had caused Aralon to be one of the most anticipated game releases of this year, which was reinforced by an upcoming games thread in our forums that has achieved more views than any other in the history of TouchArcade. 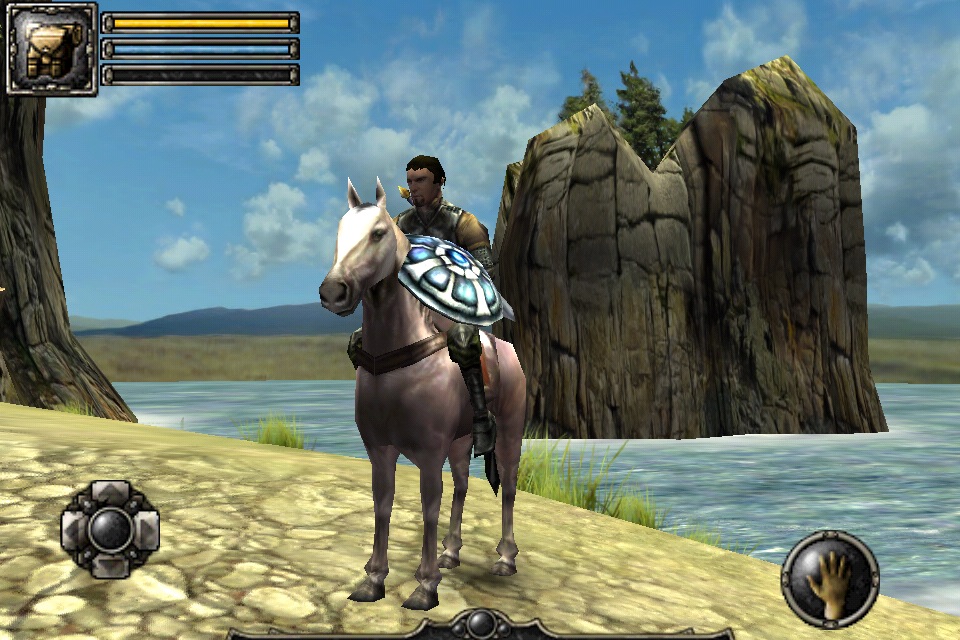 Today that anticipation comes to a head, as Aralon: Sword and Shadow HD has finally been released in the US App Store. It’s a moment that’s bittersweet in that as happy as I am to see the game finally arrive, I’m equally as sad due to how much fun it has been following along with the game’s progression. Any feelings of sadness quickly fade away, however, because as soon as you fire up the expansive world of Aralon on your iOS device you realize that you’re in for an experience that’s unlike anything you’ve ever seen on the platform before. I could literally write for hours about all the different aspects to Aralon, but instead I will try to touch on the major points as well as my feelings about playing this masterpiece of an iOS game.

You start off in Aralon by choosing one of three races – a human, elf, or troll – and from there you further refine your character by choosing its class. Both humans and elves can be male or female and pick from warrior, rogue, ranger, and mage classes. Trolls can only be male and either a warrior or a rogue. Each class has its own skill tree to master as your character levels up, and they all play quite differently from one another giving plenty of reason to play through the game as each. You then customize the look of your character model using a decent selection of hair and face choices, and although the options here aren’t as robust as what you would find in a console game, it’s certainly the most extensive on the iOS platform. 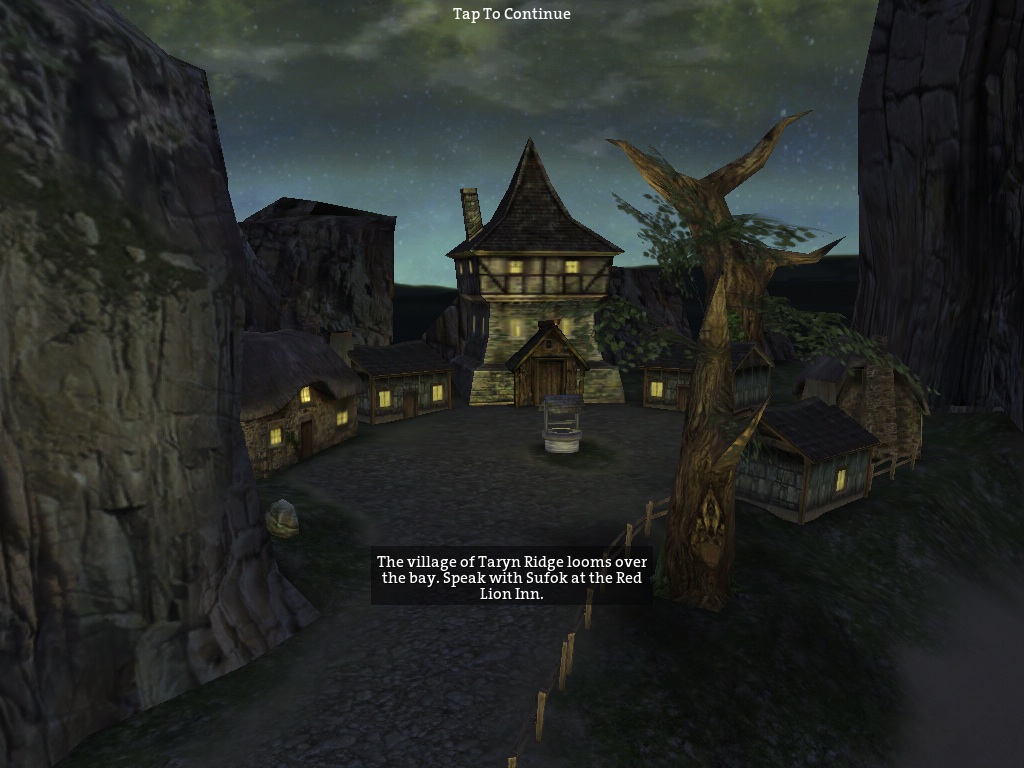 The story of Aralon then begins, and follows a tale of betrayal and a Kingdom on the brink of collapse. As fate would have it, you are the key element to solving these problems and restoring The Kingdom of Aralon to its previous state of peace and harmony. It’s certainly the kind of story that follows clichés of the role-playing genre, but it’s interesting nonetheless and serves as a good motivator to carry on and see things through.

After you’re introduced to the premise, a very nice tutorial gets you acquainted with the controls in Aralon. A small directional stick controls character movement, and contextual buttons handle interacting with people and objects in the environment. You can scour chests spread throughout the environment or the bodies of fallen characters to collect items. There’s an impressive amount of weapons and armor to equip, each of which will actually change the look of your character.

The real fun begins when you are let loose into the world of Aralon to explore and complete quests. The expansiveness and detail of the lands is jaw-dropping. The draw distance is limited and you’ll notice an occasional wonky texture here and there, but by and large the huge world of Aralon is wholly impressive. There are main quests that pertain to the storyline as well as a number of side quests to complete, all of which are neatly tracked through a helpful quest log. The log will give you plenty of information on where to go, who to talk to, or what to do in order to complete each quest. This is aided by a map that points out the different areas in the game and your location relative to them, and at no point during Aralon did I feel lost or have a hard time figuring out what to do if I’d taken a break from the game for a while. 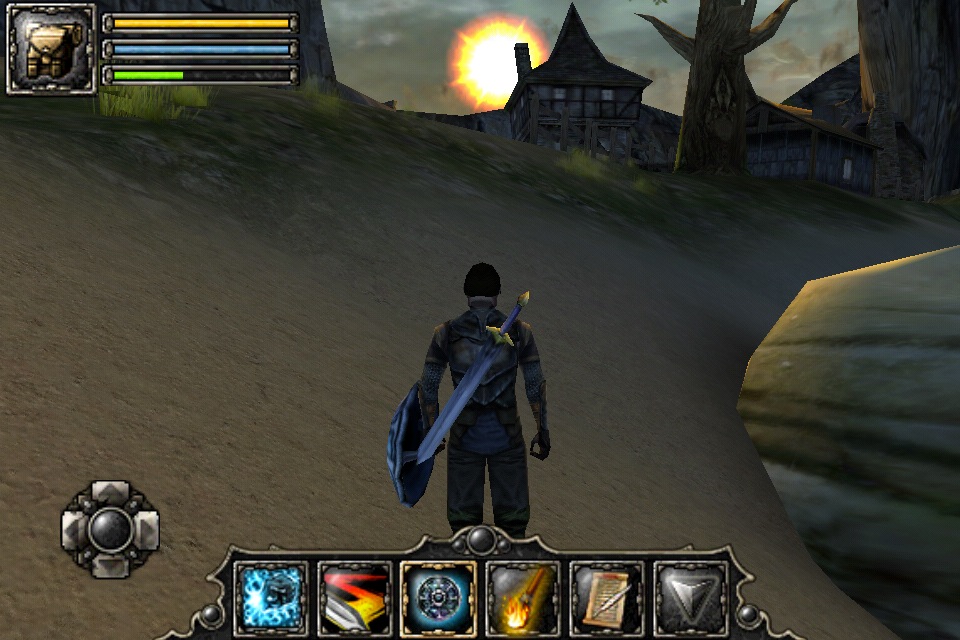 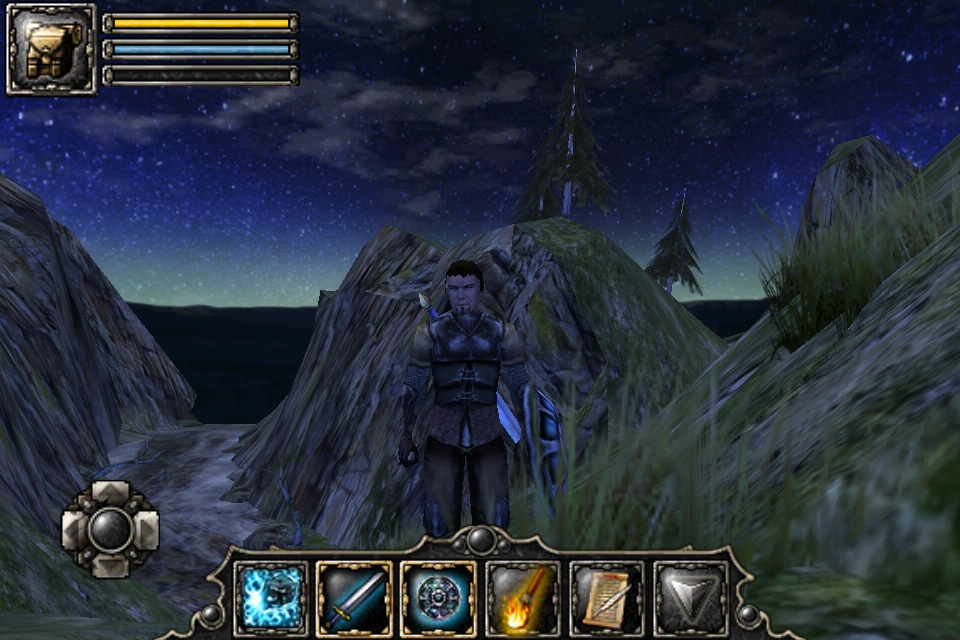 During your exploits you will run into countless enemies roaming the land. Battles take place in real time, and while they are largely button-mashing affairs there are some strategic elements to consider. A single button performs an attack based on what your character is equipped with, like a sword or a magical attack, and a second button handles defending or parrying. The defense system is timing based, and it’s quite fun to work out the correct rhythm of attacking and quickly holding up a shield to block an attack. You also have a number of special skills which you slowly unlock and enhance through the skill tree as you level up. These skills, along with practically any other item or ability, can be assigned to up to 10 quick slots at the bottom of the screen. This ensures easy access to them and lets you mix up your tactics when taking on the enemies in the game.

For as much as I could wax lyrical about all the great thing in Aralon, the reality is that it does have some problems. The most glaring of these is the sometimes sketchy animations and behaviors of the graphics in the game. You’ll notice things like when you mount a horse that it immediately teleports the creature to the correct position for you to hop on, or that as you’re running through the world the game will occasionally freeze for a moment while it tries to catch up with drawing the environment. Given the incredibly expansive nature of the game, these are largely forgivable and don’t hinder the experience too much, but they are there. 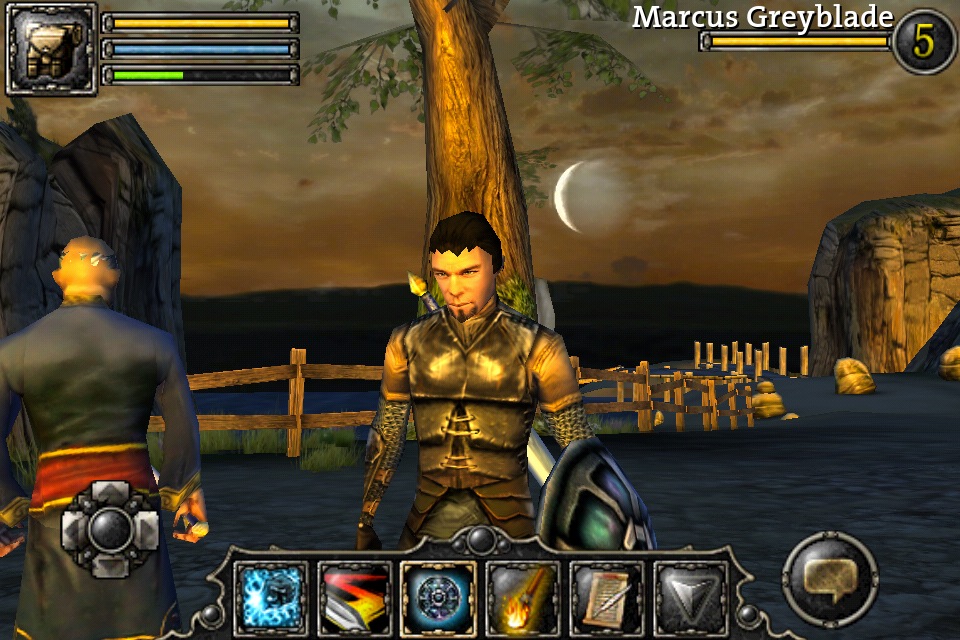 My other issue has to do with the controls. For the most part they work incredibly well, and the ease at which you can navigate menus and the many options contained within turns something that could easily be frustrating and overwhelming into something that is pleasantly simple. The problem comes with how the game highlights characters or objects in the game world that you can interact with. The range at which it highlights something is much too far, and it will remain locked on a character even if I’m in a building and on a completely different floor than they are. Also, if a character is standing close to an object like a chest, the game has trouble determining which one you want to interact with. You can remedy this to a degree by actually touching the object you intend to engage, but it still causes some cumbersome moments when navigating through the game.

Finally, it has to be said that with the incredible amount of quests associated with the main storyline as well as the many side quests, a lot of them can tend to feel repetitive. Don’t get me wrong, they’re still very enjoyable and the developers do a great job of trying to add variety to them. But in the end the majority of quests boil down to fetching or delivering items, killing a certain character or stable of enemies, and the like.

There is so much more to Aralon that it isn’t even funny, like joining guilds, combining and creating items, or becoming an outlaw. But these things either don’t fit within the scope of this review or are things that can only be experienced firsthand, like the first time the sun sets and gives way to a breathtaking night sky overlooking the vast land before you. I used to look at my iOS device as a small window into new worlds and fun experiences, and with Aralon I feel like I actually have a fully realized living and breathing universe sitting snugly in my pocket.

Even with some of the warts that come with an initial release, Aralon is one of the most enjoyable games I’ve played on the App Store. Additionally, Crescent Moon has an excellent track record with collecting player feedback when considering game updates. They have already created an Aralon suggestion thread in our forums, and are monitoring the feedback in the official release thread as well. I have no doubt that a game of this magnitude will continue to evolve and improve over time with new content, gameplay tweaks, and bug fixes. Still, it’s a thoroughly enjoyable game as it is now, and I don’t only suggest Aralon for fans of Western RPGs or expansive open-world action games, but I think every iOS gamer needs to pick up this title just to experience what is possible on this constantly expanding mobile platform.