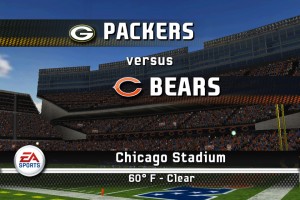 The Madden series hardly needs an introduction, as football player turned coach turned commentator John Madden has had his name on football games for the better part of 20 years now. On home consoles, it has become tradition for EA to release a new Madden game each year with updated rosters, a few new features, and other various tweaks. As of tonight, the second yearly installment of the Madden series has arrived for the iPhone.

Last year we took a close look at Madden NFL 10 and thought it was a really great football game for the iPhone. Madden ’10 came loaded with all the licensed players, stadiums, logos, and everything else you’d expect of a Madden game along with game modes ranging from single exhibition games to full seasons. The two hip new features of Madden NFL 10 for the iPhone were hot routes allowing players to draw on the screen to control players, and “action control time" which switched the game to slow motion mode allowing for precise maneuvers with the virtual controls. 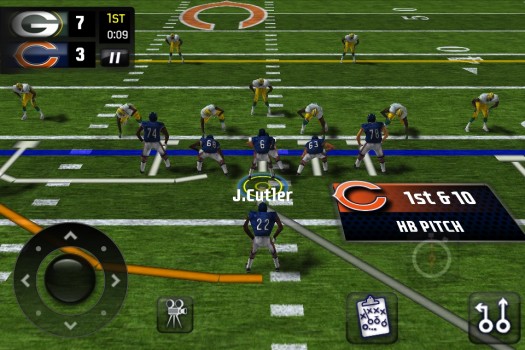 There wasn’t much to complain about with last year’s Madden, which really left me wondering what EA was going to include in this year’s release to up the ante. The preview we got revealed substantial graphical upgrades including Retina Display support, but it wasn’t until I got to spend more time with the game today that I realized just how much more fun the other new features made playing Madden NFL 11.

In the interest of full disclosure, I’m not a sports person by any means. I don’t remember the last time I watched anything more than the Super Bowl on TV, and the only sporting events I’ve attended have been the result of friends with extra tickets. I play sports games, but generally gravitate towards arcade style sports games like Homerun Battle 3D [$4.99 / Free], or sports games that have RPG elements such as Baseball Superstars 2010 [$4.99 / Free]. 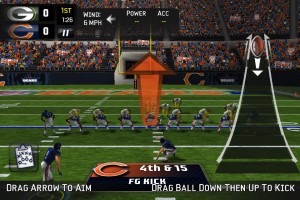 GameFlow changes all of this, and I really can’t overstate how awesome a feature it actually is. Using some new AI algorithm likely designed by a team of people who know way more about football than I ever care to, Madden 11‘s GameFlow will intelligently chooses plays for you. It is absolutely insane how much this changes both the feel and the pace of the game. Using GameFlow, endless submenus of plays are a thing of the past. Instead, you just play football. The plays it selects work fairly well too, or at least, much better than my typical choice of plays which usually alternate between the hail mary and the fake field goal kick– both favorites of mine.

The hot routes functionality from last year has been expanded, and at any point during the game you can pause the action and draw paths for your players. If you’re playing offense and do this, you can save those routes as an audible, or if you’re playing defense you can just send your players wherever you want. The whole system works very well, and by drawing lines you can send dispatch players to man to man duty, follow the ball, or really anything else. This really makes defense a lot more fun because you can now actually sensibly direct your team around instead of just tabbing in between players and chasing after whoever has the ball. Check out my top secret LOL offense: 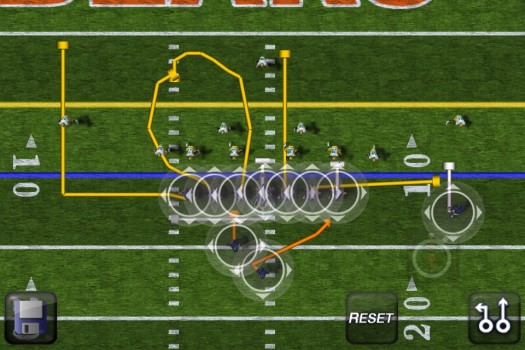 As mentioned already, the graphics of Madden NFL 11 look fantastic. The stadium crowd has actual depth now, and they even wave around signs for the home team. The included weather effects look good, and overall it seems like all the player models and animations are more detailed. Every texture in game also seems to have been substantially improved, making going back and forth between 10 and 11 seem fairly drastic.

Madden 11 also is host to some other noticeable tweaks over last year’s as well such as controls that feel a little better and a spruced up interface. There’s an in-game store which currently is home to a free roster update, but seems like it might be used for future DLC . Finally, Madden NFL 11 behaves beautifully as an iPhone game, gracefully saving your game and resuming quickly when you load it again.

Like last year, the inevitable comparison between Gameloft’s NFL 11 [$6.99] and Madden NFL 11 will likely take place in our forums for months to come, but in my opinion, Madden wins by a landslide. Gameloft’s offering seems to run at a higher frame rate, but Madden looks better overall– rspecially when it comes to how the crowd and stadiums are rendered. Madden NFL 11 has local bluetooth multiplayer while NFL 11 is single player only, and the commentary in Madden seems less repetitive than Gameloft’s. Where Madden really wins though is in the extra features. With how much I’ve fallen in love with GameFlow I can hardly bring myself to deal with NFL 11’s play selection, and Madden’s total defensive control makes playing defense in NFL 11 flat out boring in comparison.

At the end of the day, people who like Madden games likely don’t need this review, or anything more than the iTunes link to download the game for that matter. Who I really expect to sway into checking out Madden NFL 11 are the casual sports fans, or people like me, who are vaguely interested in sports games but found the various technicalities of football games to generally be annoying. GameFlow fixes all this, and I can hardly believe that I spent the majority of my day today playing Madden 11 on my iPhone– not because I was trying to power through it to write a review, but because I was actually really enjoying a football game for the first time since Mutant League Football on the Sega Genesis.

The iPad and iPhone versions are essentially the same aside from the price difference and UI tweaks to make the controls more comfortable for playing on the iPad. The iPhone version is workable with pixel doubling, and the only thing you’re really going to be missing out on is the upcoming “Vintage Voltage Football" mode which is basically just Super Shock Football [$1.99 / Free] with Madden graphics.