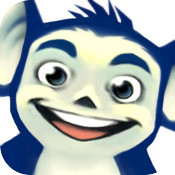 When we first had a look at the recently released Pocket Creatures [App Store] back at GDC, it didn’t take us long to be enchanted by the too-cute, pikachu-like pet sim with an apparent wealth of things to explore.

Pocket Creatures begins in a temple, with you choosing the name and color of your critter. Hatching its egg and proceeding with the tutorial (which continues throughout the game in the form of stone tablets you pick up) introduces you to the basic mechanics of the game. Moving your little guy and navigating the game-world is straightforward, simply requiring double taps and familiar screen gestures. 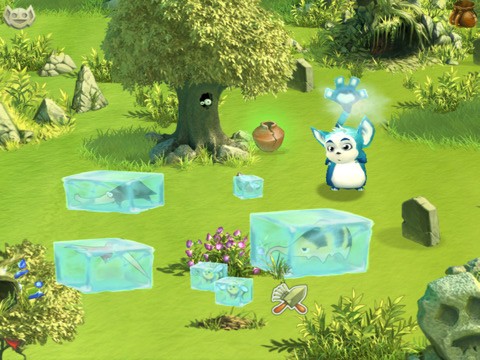 On leaving the temple your creature is introduced to a respectable-sized garden of eden, teeming with life, hidden treasures and creature comforts. The tutorial continues here, introducing a few important friends that double as the tools to bringing your garden to life; a platypus that digs holes when you shake it; an anteater that ingests large bodies of water (and anything else around it); a woodpecker that, well…pecks things; and any one of these three to double as instant fertiliser factories.

Gardening is essentially the meat of the gameplay, with other activities being largely ancillary. You’ll continually be digging holes all over your garden to find hidden items (that randomly spawn) and magical seeds to plant with. These seeds then require water and fertiliser to nourish to life, and may grow into either a simply food item, or a larger plant or tree that sprouts creature-altering fruits. Many of the achievements and rewards in the initial release are tied to gardening, either as a result of what you’ve grown, or instead what you’ve found by digging. 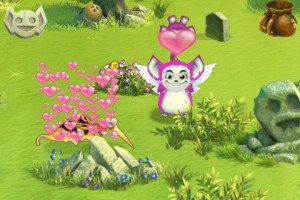 Though gardening is fun at first, it soon becomes monotonous, as new seeds are either too slowly revealed (and we didn’t come across them in our extensive play), or the really interesting ones (ie. like the one that turns you into a tiger) are just too few in number to hold your attention. Plants require frequent fertiliser and water upkeep, and so your game eventuates into one where you’re mostly concentrating on your green thumb or digging holes, with not much else required of you.

That’s not to say there isn’t anything else here to hold your attention, but that we wished there wasn’t such a focus on gardening. Certainly, we have yet to mention the star of the show, who injects his own sense of life into the environment.

Your Pocket Creature is a moody little fellow who visibly responds to your actions. You can pat him, poke him or slap him to grant him a unique ability, such as a healing rainbow, a thunder cloud or a rain cloud above his head respectively; able to be directed by your gestures to effect the game world. If a pest comes to steal your crops for instance, you can fry him with a lightning bolt after prodding your creature into an angry fit. Fruit from magical seeds can give further powers, such as transforming your creature into cupid (or a carebear), able to make creatures fall in love with each other. 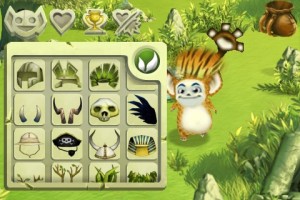 How you treat your creature and how you direct him to act molds his overall countenance. If you continually have him in an angry state, frying creatures with abandon, your character will inevitably develop an evil streak; terrorising the world around him when you’re not actively directing him. Alternatively, feeding creatures when your creature is around conditions him to care for them in turn, developing a a happy angelic complex instead.

Many of these actions are means to achieve a very sizeable collection of achievements and rewards. Rewards are in the form of wearable items, affording you the opportunity of personalizing your creature beyond his initial coloring. There really does seem to be an extraordinary amount of items to unlock here, though there is no real direction given in the game as to how to attain them. Trial and error is the key, and though this adds to the game’s longevity, we can’t but help but feel a little more instruction (indeed, there are no tooltips at all in the game, something sorely missed) would serve to keep players that much more engaged.

As far as pet games go, Pocket Creatures is unlike anything out there. It doesn’t have any of the social features of the popular Touch Pets (though it does use OpenFeint to record achievements) but it does present one of the more memorable and funny creatures to play with. Unfortunately, many of the objects you find at release currently do not have a purpose in the game (the developer promising updates to come which will flesh these out), perpetuating that directionless quality we mentioned earlier. We also experienced a few crash bugs on our 3GS testing device when transitioning between the two available areas, though these were infrequent.

Pocket Creatures is a charming pet sim with a lively, sandbox world that promotes exploration and experimentation. We’re not convinced it’s the definitive pet-sim we hoped it would be, but it certainly has the potential to be, particularly if the developers focus on keeping players engaged and entertained. iPad users will be pleased to hear that this is a universal app with an added Hi-Definition bonus’ for the bigger screen and the developers have provided an iPad gameplay video which shows the difference the bigger screen makes.