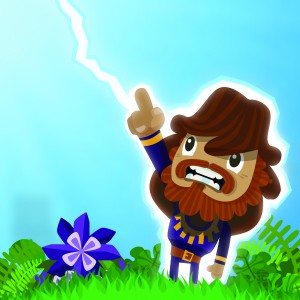 Early this month we discovered vague references to a game on the Plus+ network named GodFinger. Today ngmoco revealed that the next game we’ll see from them is GodFinger, a collaboration with Wonderland Software.

Two interesting tidbits of information come from their company web site. First of all, the team had their hands in the Fable series, as well as Black & White 2. They also thank Rex, the artist behind Little Big Planet for their new web site. Without many more details on who is involved in this collaboration, all we can do is speculate that he also could possibly be involved in GodFinger on some level.

Gameplay sounds quite similar to some of the mechanics from Black & White games. You play as a fledgling deity and need to build an army of followers to worship you. Worshipping seems pivotal to learning new god powers and performing wonders such as striking things down with lightning, creating floods, or even changing the shape of the landscape. It also sounds like you can choose to be a benevolent god or an evil god, much like Black & White

According to ngmoco, GodFinger is “rapidly approaching its App Store debut". We expect more information to be revealed in the not too distant future.