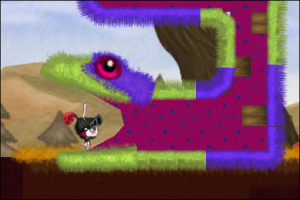 lacksmith games has released the first gameplay video of their upcoming iPhone platformer Plushed. We first posted screenshots of the game back in June and it received a lot of interest due to its beautiful art style.

The provided video shows some of the special interactions in the game. In one example, the player uses a Pizza that’s been collected to lure creatures to different parts of the scene. In one example, a Pizza Eater is moved so the player’s character can use it to reach the coins. The character will be able to interact with other objects in later levels including mirrors, keys and more. 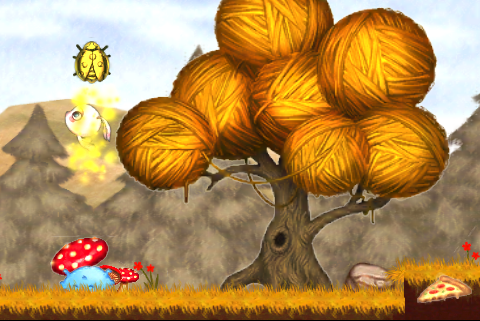 The developer is working on tilt, d-pad and touch controls, and the game is expected to be released in September or October 2009.

The developers are also continuing their “decide the price" contest by reducing the price of the game based on how many Twitter followers they have by August 29th. The current introductory price is $3.99 but could go as low as $0.99.