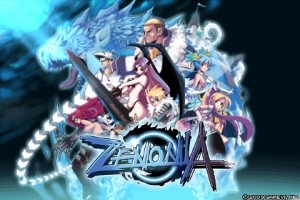 Gamevil’s epic action RPG Zenonia [App Store] can now be had for 50% off, knocking the price down to $2.99. We’ve extensively covered Zenonia in the past between our review, then announcing the update that fixed most of the problems we found initially, and the whole time the thread in our forums has been going crazy.

Zenonia Lite [App Store] is also available, and we really recommend giving it a try. The controls still take some time to get used to, but Zenonia remains unrivaled in the action RPG genre on the iPhone.

Chillingo’s Defender Chronicles [App Store] is also on sale today for 99¢. The game takes a new spin on tower defense games, and is presented in a sideways view where you defend from creeps that are either climbing up or down a mountain. With extensive voice over work and RPG elements scattered throughout the game, Defender Chronicles is worth a look if you’re seeking additional games to add to your tower defense collection.

Our review has more details on the gameplay as well as a brief video.