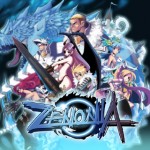 Zenonia [App Store] is an epic action RPG has seen a phenomenal reception both from review sites and on our forums. I reviewed it when it was released last month, and aside from a few minor 1.0 annoyances, I really enjoyed the game.

At $5.99, it is an unbelievable value for the amount of gameplay you’re getting. At over 40 hours per play-through, three classes, along with the good and evil alignment system, Zenonia should provide for at least a second fresh play-through as you choose the opposite alignment of your previous game. There really isn’t anything like it on the App Store, and if you’re looking for a solid RPG to settle in and sink your teeth in to, look no further than Zenonia.

Gamevil has once again reaffirmed their reputation of listening to community feedback with Zenonia 1.1, as every change implimented is something that the players have asked for. The controls have been substantially improved in this update. The touch area that activates the virtual D-Pad has been expanded, and they added quite a bit of transparency to the on-screen controls along with tweaking the inventory navigation controls. 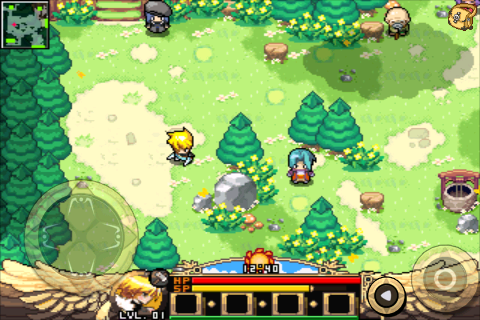 A major complaint of mine was how often your character needed to eat and how quickly your equipment degraded. Thankfully, in Zenonia 1.1, these things have been completely rebalanced. Item durability and hunger both advance at much more reasonable rates, and running back to town to repair and eat before finishing your active quests seems to be a think of the past.

Also, you can now toggle the background music, allowing iPod playback during play.

While nothing has been done to address the amount of grinding required to level up in some areas of the game, the improvements in 1.1 have made playing Zenonia substantially more enjoyable. Since most of my original problems with the game having been addressed, I highly recommend Zenonia to anyone looking for a great action RPG with enough content to keep you busy for weeks.