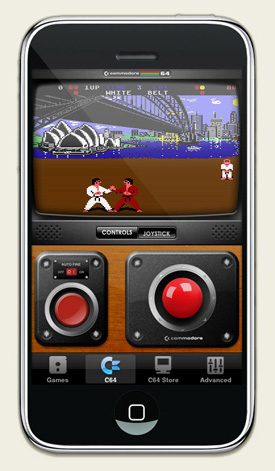 iPhone developer Manomio has been secretly working on a major App Store project for the past year that has just been completed, but may never see the light of day in its current form. Readers may remember Manomio as the developer behind the iPhone version of classic game Flashback. Manomio’s slogan is “In Retro We Trust" and their mission statement is to bring classic game titles to the leading handheld devices such as the iPhone.

What Manomio has done is to create a fully licensed Commodore 64 emulator for the iPhone that can play classic games and even run Commodore 64 BASIC. The full list of features are as follows:

Despite some initial work on the project last year, Manomio had originally decided to abandon the project for two main reasons. 1) a lack of licensing rights for the Commodore 64 and 2) the question of whether or not an emulator would be allowed in the App Store. 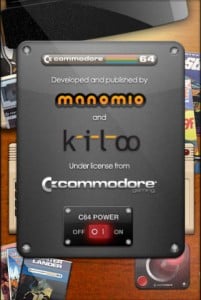 Manomio, however, ended up connecting with Kiloo Aps who happens to own the license for the Commodore 64 and ultimately managed to sign the proper deals with both Kiloo and Commodore Gaming.

Manomio then contacted Apple Europe in the UK and detailed what they were planning to accomplish and according to Manomio’s CEO Brian Lyscarz, “Apple seemed really excited" and so he felt safe that they would sanction the final app. With that assurance in hand, Manomio proceeded to secure the necessary licensing from individual publishers and finalize work on this major project.

It all came to a head last week, however, when Manomio confidently submitted C64 for iPhone along with 3 individual gamepacks (officially licensed) to use along with the emulator. All seemed fine until Manomio received the dreaded App Store rejection email:

Thank you for submitting C64 1.0 to the App Store. We’ve reviewed C64 1.0 and determined that we cannot post this version of your iPhone application to the App Store because it violates the iPhone SDK Agreement; “3.3.2 An Application may not itself install or launch other executable code by any means, including without limitation through the use of a plug-in architecture, calling other frameworks, other APIs or otherwise. No interpreted code may be downloaded and used in an Application except for code that is interpreted and run by Apple’s Published APIs and built-in interpreter(s)."

As originally feared, Apple had rejected their app based on the SDK clause specifically prohibiting interpreted or executable code. 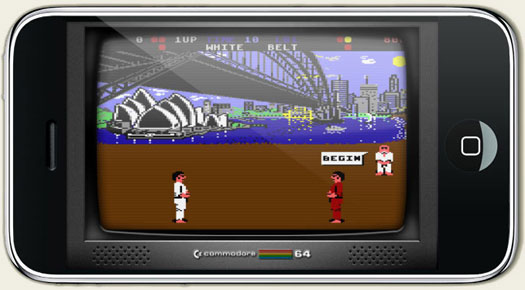 Even aside from Apple Europe’s early assurance, Lyscarz pointed out to us that there are a number of apps in the App Store that do exactly the same thing from CHIP-8 emulators, programmable calculators and, of course, Frotz, a Z-machine interpreter. In fact, Sega’s Golden Axe and Sonic iPhone games are nothing more than emulators packaged with the original game ROMs. Lyscarz is understandably frustrated with the process after having spent so much of his company’s time and money into the project. Lyscarz continues to hope that C64 might still be approved in one form or another.

Here’s a video of the game in action. Not all the games shown would be included in the initial launch, but Manomio hopes to eventually obtain licensing for these games as well.

And we’ll provide a hands on evaluation shortly.