Gyrocade has released a major update to its 3D take on Pong, 3-D Vector Ball [App Store].  The version 3.0 update addresses various issues that many players have been complaining about and truly does add dramatically to the game’s playability. 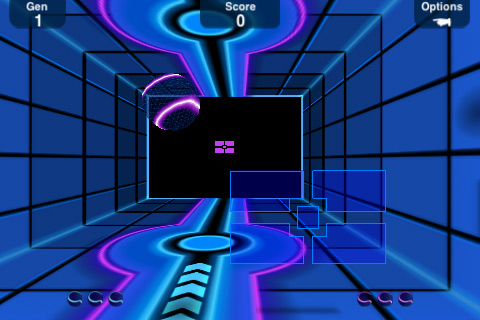 New in this release:

Just 15 seconds with the game is enough to feel the major improvement in playability.  At just $0.99, 3-D Vector Ball v3.0 comes highly recommended.

We took a look at the first version of 3-D Vector Ball back in July (with vid).