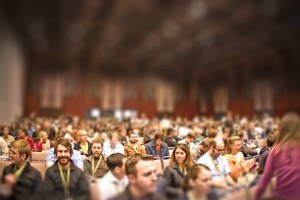 All the news in the twitterverse over the past few days seems to be about @SXSW.  That’s South by Southwest, an interactive media, film, and music festival that takes place every spring in Austin, Texas.  This year it runs from March 13th-22nd and is presenty underway.  One of the components of this year’s event that readers may find of particular interest is the iPhone Gaming Panel.  The panelists consisted of Stephanie Morgan of ngmoco, Danielle Cassley of Aurora Feint, Brian Greenstone of Pangea Software, and moderator Raven Zachary (who hosted the iPhone Intelligence Party that Touch Arcade attended during Macworld 2009).

Ngmoco’s Stephanie Morgan explained that the iPhone is unlike any gaming platform or handheld currently in circulation.

She explained a sort of tiered approach to ngmoco’s efforts: starting with free apps to build awareness, moving up to building a platform for good games, and ultimately expanding into the paid apps — where the money is, of course. Stephanie did put some stats on the board, however.

For one, we found out that iPhone games don’t have to be designed for McNugget-sized attention spans. According to ngmoco, the average time spent playing Rolando is over 20 minutes each time it is played. Of course, there are lots of levels in Rolando. By comparison, MazeFinger average play time was around 6 minutes.

Daniel Cassley, whose original Aurora Feint release saw over one million downloads in its first month, spoke of the challenge that the iPhone presents, given that a game can be interrupted at any time by a phone call.

This poses a huge problem for her, as Aurora Feint Arena relies on a networked gameplay experience. As she explained, due to latency and possible disconnections, the OpenFeint platform had to support asynchronous communications, and games must provide a way to store the data and upload or download it when the network becomes available again.

Pangea’s Brian Greenstone shared some compelling numbers with the crowd.

Enigmo, arguably the least “flashy" of Pangea’s games, has thus far made $1.5 million in profit. That’s profit, after Apple took their 30%. That’s 810,000 downloads from July to January. By comparison, Nanosaur 2 has been downloaded 133,000 times and has made only $77,000. Not bad, but also a good deal for the designers who helped him as they are sharing in those profits. Given the success of their games and ease of developing for the the iPhone, Brian said Pangea won’t be developing any more Mac games and will focus solely on the iPhone and iPod Touch.

Everyone on the panel agreed that the iPhone platform brings the best overall experience to users and gives developers an ideal development environment, which accounts for the success of the App Store and its developers.

[ photo courtesy of Fellowship of the Rich ]