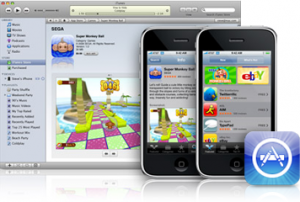 Steve Palley at Slide to Play was able to get additional confirmation that Apple is indeed planning a “premium game" category as reported earlier today.

According to an unnamed publisher representative, Apple is prepping its major parters to produce “PSP-quality" games for the new $19.99 category.

When we asked what Apple meant by “PSP-quality," our source indicated that premium games are likely to have much larger file sizes than most of the games we’ve been seeing; Apple also wants the section to attract prominent franchises that publishers have been reluctant to bring to the platform thus far.

By being open only to select publishers, the new section would highlight so-called “premium" titles and intellectual property that might otherwise find it hard to gain footing against the volume of inexpensive titles in the App Store.

The possibility has generated a lively 140+ comment thread in our forums. The general consensus from customers seems that many will be willing to pay $19.99 but these premium games will have to be proportionally better/longer than many of the existing titles in the App Store. Some indie developers, however, are concerned about the exclusivity of these arrangements that will put them at a disadvantage in the App Store.

By raising the possible revenue of App Store titles, it should theoretically allow developers to invest more into iPhone gaming development. id Software’s John Carmack referenced this reality back in July as the App Store was launching.

“The iPhone, as a device, is in the same generation power-wise as the PS2 or Xbox,” he says. “The graphics are a little lower but the RAM is a lot higher. … You could easily spend $10 million on an iPhone game, but the market just can’t support that yet.”