Dragon Quest ($2.99) is the grandfather of all Japanese RPGs. While it wasn’t the first RPG from a Japanese developer, it was the first to bring together all of the elements of what we consider a JRPG today. It was also by some measure the most accessible game in the wider genre you could find at the time. While the series has had ups and downs in the global market, never quite catching on the way its younger sibling Final Fantasy did, it remains a genuine cultural force in its home market of Japan. Mobile gamers are lucky in that we have the widest selection of Dragon Quest games available to us of any active modern gaming device. But where to start? Which one to play? It’s time for another guide dedicated to helping you find the answers to those questions.

A few things to note before we get into the game-by-game details. First, all of these games are only playable in portrait orientation. With Dragon Quest being most popular in Japan, these games are designed to be enjoyed one-handed even by someone standing on a train with a grip on a handrail. None of them feature controller support, either. The first three games lack Cloud Save support, but the rest have it. On to the games! 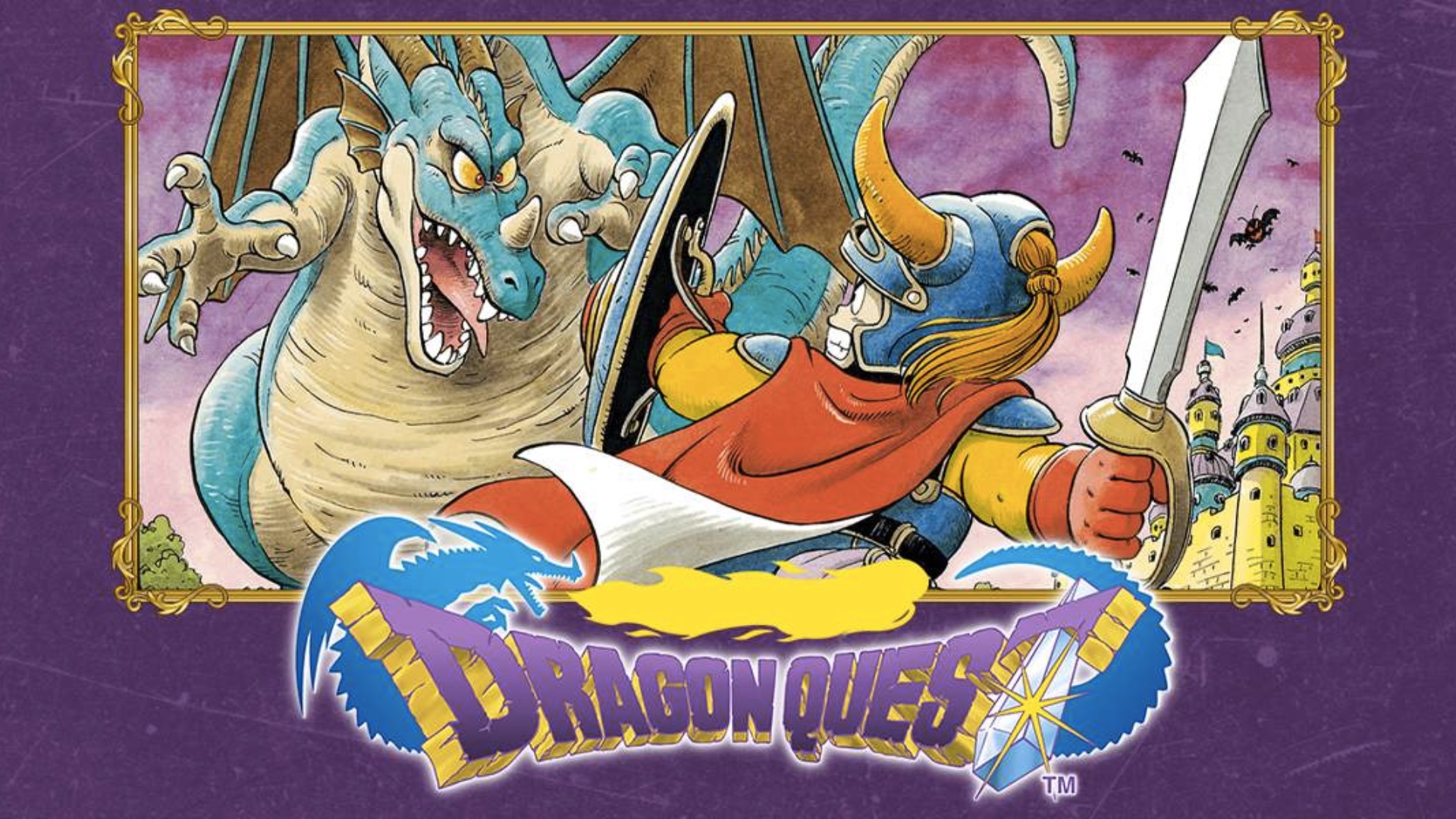 DRAGON QUEST, $2.99 The beginning of it all. Without this game, we wouldn’t have the likes of Final Fantasy, Pokemon, Kingdom Hearts, or Earthbound. Pioneering games are often a bit rough to go back to, but the simple nature of Dragon Quest I and the number of tweaks made over the years through various remakes make this oddly playable for a title of its position. As the descendant of the legendary hero Erdrick, it is up to you to rescue Princess Gwaelin and save the realm from the wicked machinations of the evil Dragon Lord. Light on story and long on grinding, but there’s a certain hypnotic pleasure to this relatively brief quest.

Play It If: You want to see how the series started, you want a shorter game, you want something fairly simple to understand, you’re looking for an affordable choice, or you want to get the maximum effect from Dragon Quest II and Dragon Quest III. 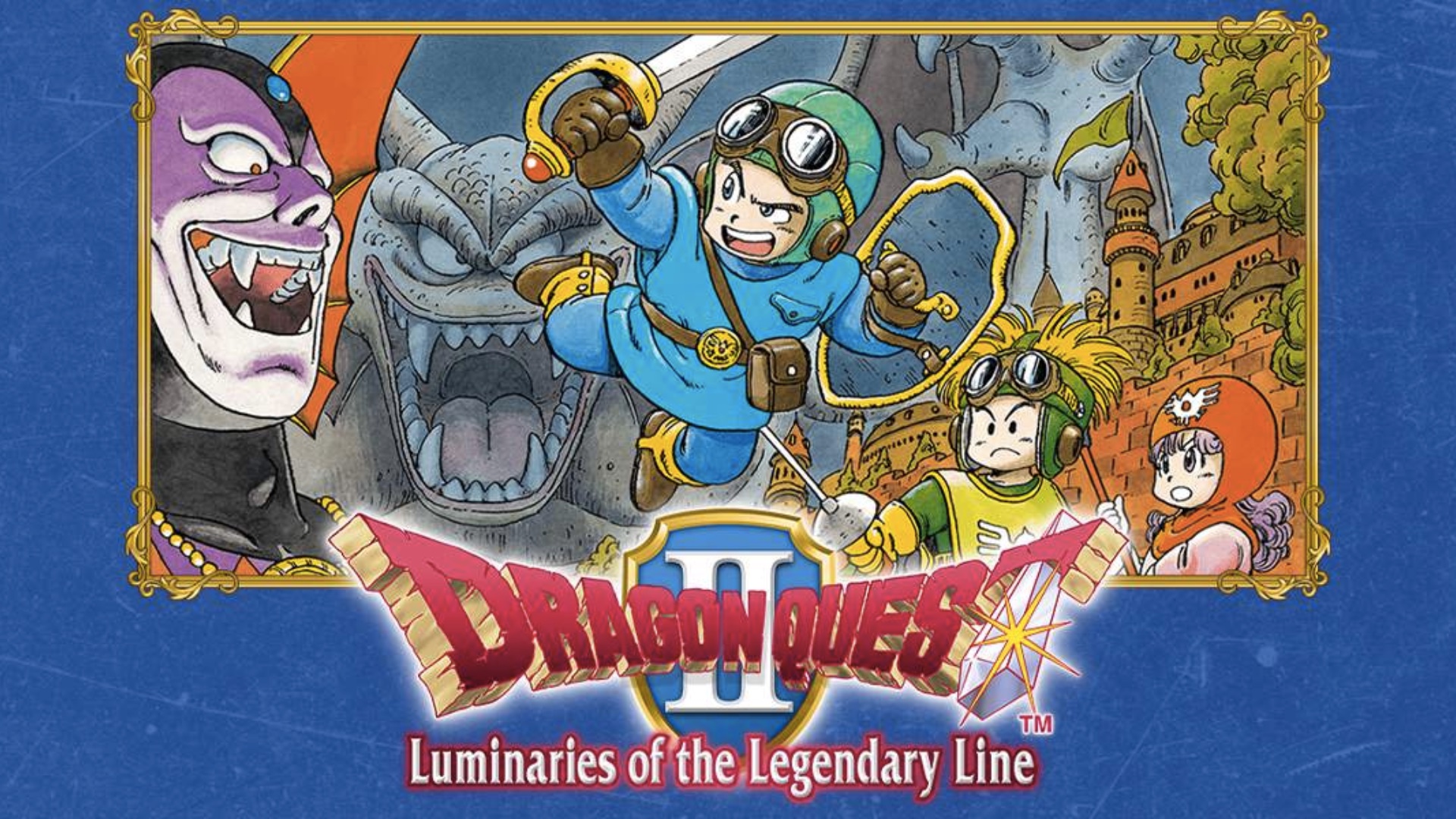 DRAGON QUEST II, $4.99 Following on the success of the first game, Dragon Quest II presents a longer quest with more playable characters and a bigger world than the original game. While not as epic as subsequent installments in scope, this is a real step up in complexity compared to the original game. The Kingdom of Moonbrooke has been leveled by a surprise attack from the forces of evil. The Prince of Midenhall, descendant of the hero of Dragon Quest I, sets out to defeat the evil lord Hargon, enlisting the help of his equally heroic cousins along the way. As with the original game, Dragon Quest II has seen a number of tweaks to make it more playable over the course of several remakes.

Play It If: You’re looking for something more substantial than the original game but not too big, you enjoyed the first game and want to keep rolling, you want to get the maximum effect from Dragon Quest III, or you want something with a little more story and character than the first game. 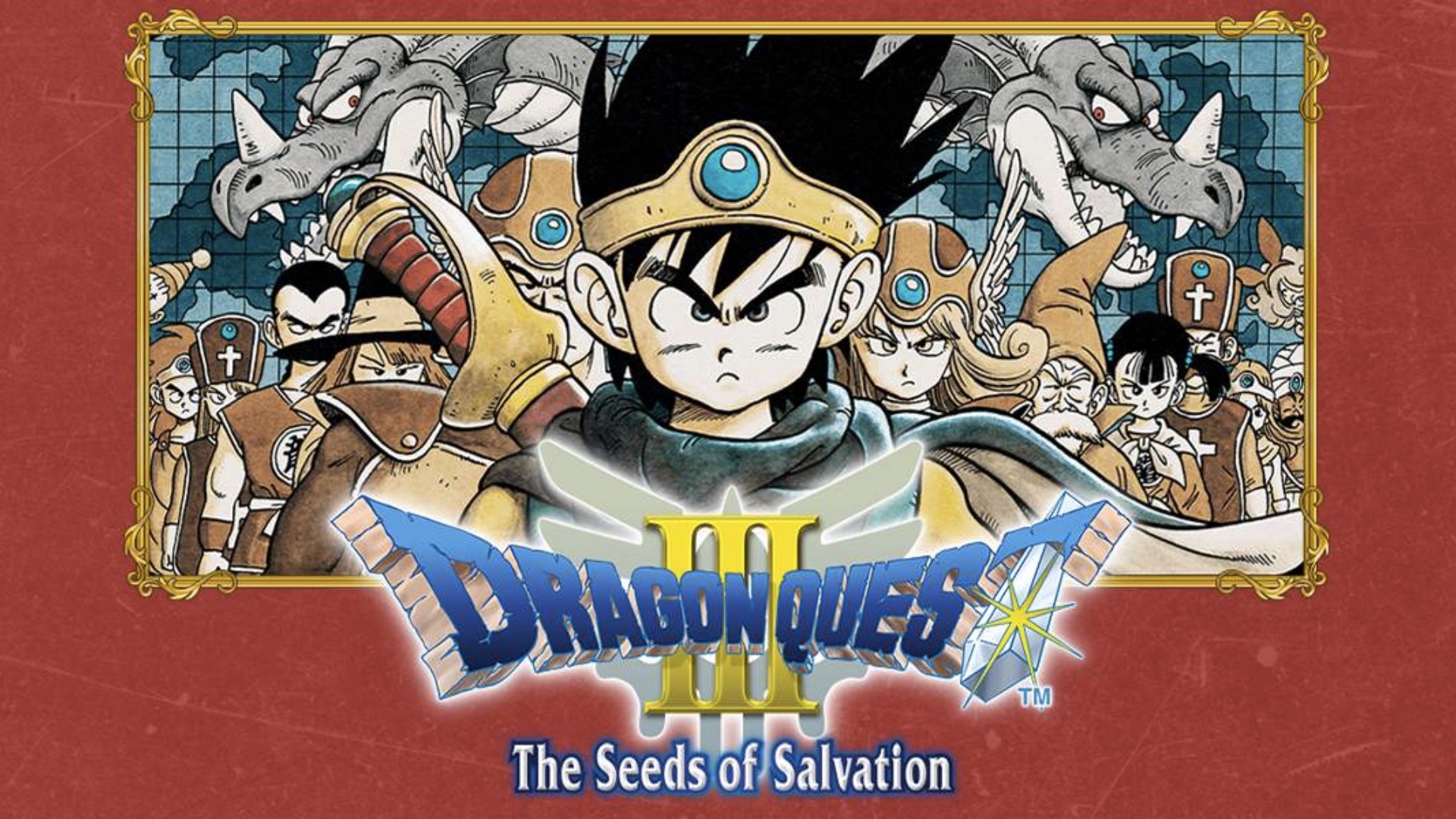 DRAGON QUEST III, $9.99 The first two Dragon Quest games had been reasonably popular in Japan, but it was Dragon Quest III that rocketed the series into the stratosphere. You play as the child of Ortega, a great warrior who disappeared on a quest to defeat the archfiend Baramos. Now that you have come of age, you’re ready to step into his shoes and perhaps find out what really happened to him along the way. You’ll enlist some local adventurers to fill out your party to give you a fighting chance. This game introduces the Class System, allowing you to learn and master various classes. It is significantly larger than the previous two games, sending you around a surprisingly large world filled with places to visit and problems to solve. Similar to the other two games, this is the product of a series of remakes that have made it easier to get into.

Play It If: You want to try one of the most important titles in the series, you enjoy RPGs with job class systems, you want the pay-off for the stories of the first two games, you want the earliest point in the series that doesn’t feel too retro, or you want a fairly lengthy game to play.

DRAGON QUEST IV, $14.99 With the first trilogy capped off, Dragon Quest IV starts a completely new legend. It’s a normal day in your village until it is completely ransacked by monsters. Your only friend sacrifices their life to give you a chance to escape. Suddenly, you find yourself in control of a completely different character in another part of the world. Dragon Quest IV is perhaps best known for this unusual chapter-based approach, introducing you to its cast of characters one or two at a time before bringing everyone together for the massive final chapter. This remake originally appeared on the Nintendo DS and added a fairly substantial additional chapter while also making a number of quality-of-life changes. It’s hard to believe this was originally an NES game.

Play It If: You like having established characters as party members, you’re intrigued by its chapter-based set-up, you want to try living the life of a dutiful merchant with a family, you’re a fan of extremely thick regional accents and dialects, or you’re looking for a good place to start with the series.

DRAGON QUEST V, $14.99 In a series full of beloved games, Dragon Quest V may well be Japan’s favorite installment. When the time came to make a movie, this is the one it was based on. Play through the childhood, young adulthood, and eventually parenthood of the main character as he goes through various trials and tribulations. You’ll get married, have kids, and maybe even save the world. Your character has an affinity with monsters, and you’ll be able to recruit a wide variety of them to your cause along with the usual party members. One of the stronger main narratives of the entire series, and a fantastic game all around.

Play It If: You only want to play one of these games and you want it to be the best, you’re looking for a strong main plot, you’re interested in catching monsters, you want to play a game that takes you through decades of a character’s life, or you want to play as the rare RPG hero that doesn’t wield a sword.

DRAGON QUEST VI, $14.99 The hero and his party are about to assault the stronghold of the wicked Murdaw. Just when the vile villain is about to kill you, you wake up. You’re a simple villager living a simple life in a simple town… right? The annual festival is right around the corner, and the village elder sends you out to meet a craftsman who was supposed to provide an important item. Upon finding him, you fall into a hole and end up in a completely new world. What is going on? Dragon Quest VI was the series finale on the Super NES, and it seems somewhat influenced by Chrono Trigger, a game which Dragon Quest series creator Yuji Horii also contributed to. The class system makes a return, and the heavy vignette style of storytelling that characterized the series from here on out is firmly established. This one is a little long-winded at times, but it has that latter-day 16-bit feel that can be a sight for sore eyes.

Play It If: You want to see how the very loose threads that tie the second trilogy of games come together, you’re looking for a very lengthy game, you enjoy RPGs with job class systems, you prefer your characters to have some definition to them, you don’t mind a less urgent pace to the main story, or you like vignette-style mini-stories more than strong main plots. 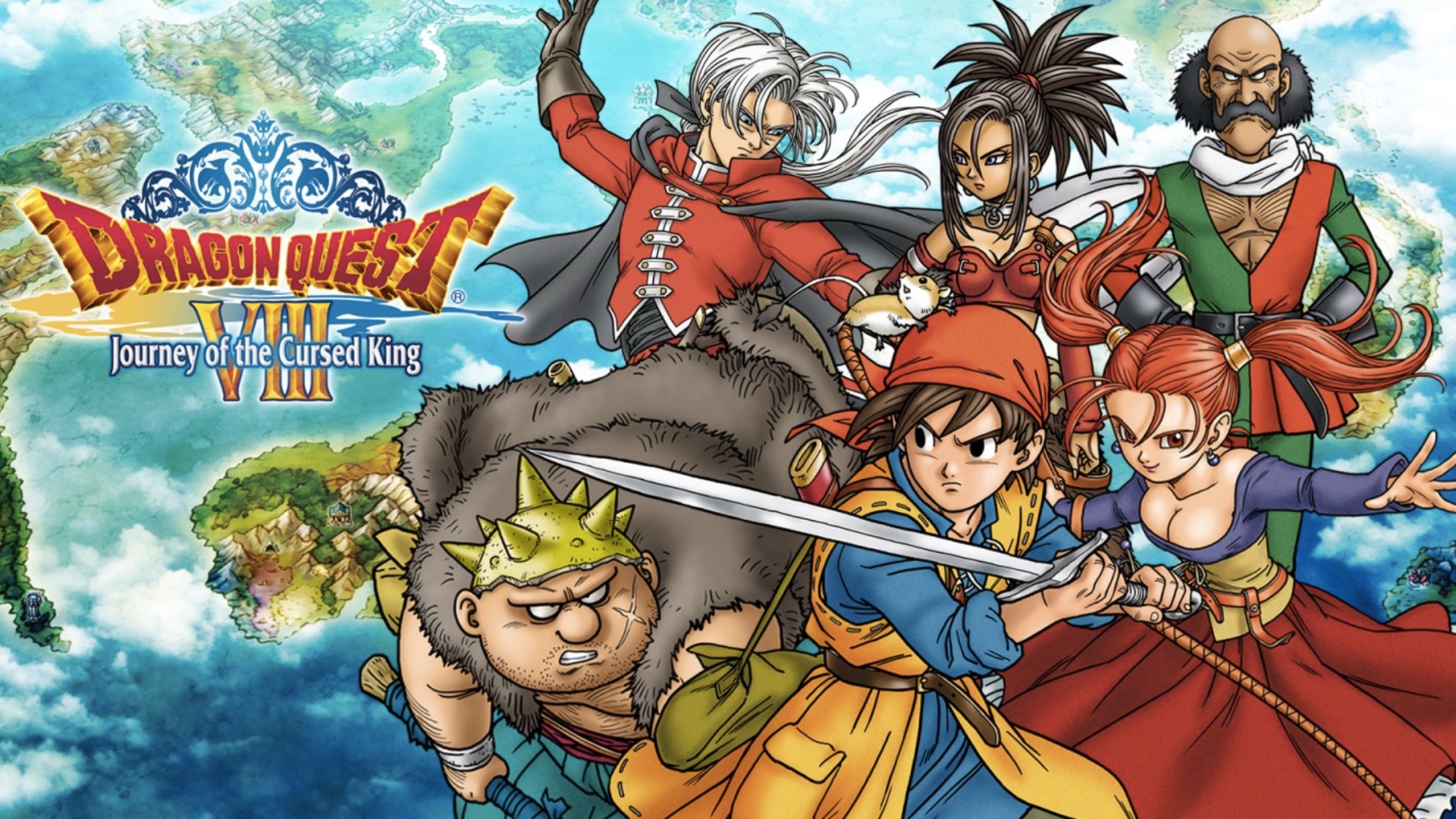 DRAGON QUEST VIII, $19.99 One of the rare entries in the series that was popular in the West, Dragon Quest VIII originally released on the PlayStation 2 in 2004. The series had never been known for its gorgeous visuals, but the impressive large scale of the world in this game certainly caught some eyes. You play as a young man accompanying a king and a princess who have been cursed by an evil wizard. You must travel the world to track him down and hopefully break the curse, while perhaps discovering why the hero didn’t fall victim to it himself. This port was the first Dragon Quest came to come to mobile, and it’s certainly a bit rougher than the other versions as a result. While perhaps not the ideal way to enjoy this entry, it is a fine RPG as far as mobile standards go.

Play It If: You want to jump to the newest mainline game available on the platform, you want a good place to start with the series, you can overlook some technical issues, you like games with large worlds to explore, you want to see what it looks like when a 2014 mobile game flies a little too close to the sun, or you’re looking for the longest, most ambitious Dragon Quest game available on mobile.

DRAGON QUEST TACT, Free A free-to-play strategy RPG, Dragon Quest Tact sees you making a team of monsters in order to battle others. Train them, equip them with the finest gear, and customize them as you see fit. Expect the usual feature of a free-to-play game, including random gacha pulls, premium currencies, and a subscription pass that will give you some extra benefits. It’s a surprisingly playable light tactical RPG with all of the charms that the Dragon Quest brand brings with it.

Play It If: You want a free-to-play experience, you’re interested in tactical RPGs, you want something you can just pick up and play when you have some spare time, you are the King or Queen of the Moon and can toss cash around like the space royalty that you are, or you need a break from some of those lengthy and dense mainline Dragon Quest games.

DQ Dai: A Heroâ€™s Bonds, Free Developed by DeNA for Square Enix, DQ Dai: A Hero’s Bonds is a free-to-play RPG based on the new anime series, itself based on a popular manga from decades back. It’s a combination of a lane-based runner with an auto-battle RPG, and it features all of the characters and monsters fans of Dai’s Adventure will know and love. It has all the bits and bobs that comes with a free-to-play RPG these days: random gacha pulls, premium currencies, stamina meters, and so on. Can you sign up for a subscription pass? You sure can. The highlight of the game comes in the boss battles, which require a pleasing blend of strategy and good timing to overcome. An amusing side dish with excellent production values.

Play It If: You want a free-to-play experience, you’re a fan of the anime or manga, you want something you can just pick up and play when you have some spare time, you are a wealthy baron or baroness that can throw money on gacha pulls like I toss peanut shells into the trash, or you want something less RPG and more action game.