Reviewing a game like Dragon Quest ($2.99) is never easy. First of all, as many of you probably do, I have a very deep childhood connection to this game, which means it’s a nostalgic trip for me every time I play it. Then there’s the fact that this is a genre-defining game, and as a result, can’t possibly be expected to be as refined as the games that followed in the path it carved out. Ultimately, this game is both a classic and a curio, a piece of history that feels like one, no matter how much Square Enix tries to pretty it up. Its age is in its fundamental structure. I think it holds up very well relative to other games from its era, but that’s perhaps faint praise, given the state of console RPGs in 1986. A completely new player without any sort of fondness for the history of the series would be better off checking out Dragon Quest 4 ($14.99) first. That doesn’t mean that the first Dragon Quest has nothing to offer, but it’s probably not the best way to break the ice in 2014.

As usual, though, a little bit of history first. This is the game originally known to many an English gamer as Dragon Warrior, a title adopted to avoid legal conflicts with TSR, the then-owners of Dungeons & Dragons. A lot of North American kids had this in their NES libraries, though precious few actually handed over money at a shop for it. Nintendo, the American publisher, widely overestimated the game’s potential sales and were left with tons of unsold cartridges. These were distributed as a free bonus for subscribing to Nintendo Power, something a heck of a lot of kids were doing anyway. Nintendo would take a more careful approach in publishing their next overseas RPG hope, Final Fantasy ($7.99), but given Dragon Quest‘s notoriety, it’s easy to see why Nintendo was bullish on it. 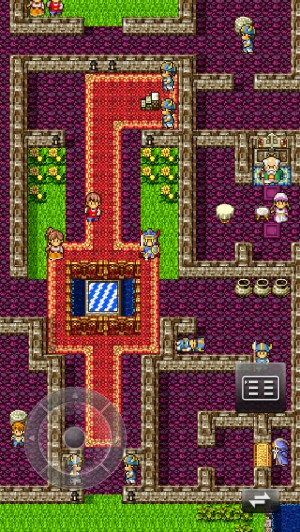 Contrary to popular lore, Dragon Quest was not the actual first JRPG. It might be accurate to say it was the first really good one, however, and it certainly set down a blueprint that the genre followed. By the time Dragon Quest began development, games like the pen and paper Dungeons & Dragons, Ultima, and Wizardry were all fairly popular with a certain subset of Japanese gamers, along with Henk Rogers’ The Black Onyx and Falcom’s Dragon Slayer games. Dragon Quest series creator Yuji Horii enjoyed those games, and wanted to make a more accessible game along similar lines. Grabbing the menu system from his previous adventure game Portopia Serial Murders, the overhead exploration of Ultima, the first-person battles of Wizardry, the artist from the then-recent manga Dragon Ball, and television composer Koichi Sugiyama, Yuji Horii put together his game that would change everything.

The idea was to simplify the extremely complex systems of RPGs, but still offer the player the satisfying feeling of following the story of a character who becomes stronger the more you play. That’s just what Horii did, cutting away things like party members and job classes, leaving just a single hero with a simple goal: Defeat that jerk on the other side of the lake who’s ruining things for everyone. Granted, getting to the other side of the lake involves a trip around the world, but it wouldn’t be much fun if the hero just built a canoe or something, would it? That’s basically the game, though. You travel clockwise around the world, sniff out a few magical items, rescue a princess, get to level 17 or 19 depending on how bold you are, and knock off the evil Dragonlord.

It’s not a very long game by modern standards, and its even shorter in its current form. In its original form, Dragon Quest involved a lot of grinding. The game is basically unwinnable without the spell you get at level 17, so no matter how fast or slowly you reached the final castle, you still had to get yourself up to level 17. You also needed to grind to afford the gear necessary for survival. From the Super Famicom remakes onward, the enemies in Dragon Quest give a much better experience point and gold reward, reducing most of the need for grinding. With that drudgery removed, the game is over in mere hours if you know where you’re going. I’d be awfully surprised if anyone took longer than 10 hours to get to the end, and most will finish well before that. 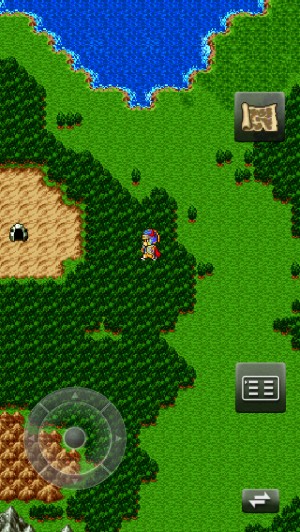 Clearly, Horii’s plan to make the genre less intimidating to the average player went over very well, and later games in the series were able to slowly build complexity. It’s probably impossible to overestimate what this game did for the genre, and that makes it a very important game. Important games are not always good in a modern context, though. Dragon Quest is still a very enjoyable game for me, and I replay it fairly often, but I’m not sure how much of that is on the game’s lasting merits and how much is just my own nostalgia. It’s all very sound, if very primitive, and certain elements, like Akira Toriyama’s spectacular monster designs and Sugiyama’s wonderful music, haven’t aged a day. Other things haven’t aged as gracefully.

There are no elements of customization whatsoever to your character. The list of equipment is very small and really just consists of stuff in each new town being better than the stuff in the last town. Battles offer very little strategy. You’re either strong enough to survive, or you’re not. If you’re not, you have little recourse but to level up more or buy new gear. The closest thing to battle tactics you have at your disposal is the ability to put enemies to sleep. Abuse that, by the way, it works a wonder in this game. There are no subquests, few characters to speak of, and a whole lot of old-school design in locating the key items needed to beat the game. It’s not a particularly friendly game by modern standards, which is kind of funny given its design roots.

This particular port is based on a Japan-only feature phone version, itself a remake of the Game Boy remake of the Super Famicom remake of the original. Phew, that’s a lot of remaking. Mechanically, it’s not too different from the last version we saw in English, the Game Boy Dragon Warrior I & II collection. You can save your game anywhere in the field log, as opposed to the original only allowing you to save with the king in the starting castle. Experience point and gold yields are adjusted as in that version to smooth out the grinding. There are lots of ease-of-use changes so that you don’t have to go fishing in the menu constantly. The control interface will be familiar to anyone who played the iOS versions of Dragon Quest 4 and Dragon Quest 8 ($19.99), and the graphics are completely different from any prior version. 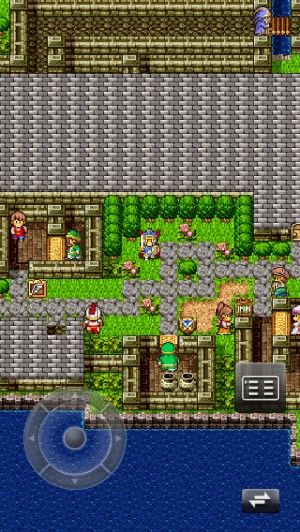 They’re very grainy, with sharp pixelated edges on everything, and I personally think it looks a lot worse than the Super Famicom version, but obviously a lot more rich and detailed than the NES original. The controls are a bit fussy since the original game is strictly tile-based, but they’re manageable enough once you get the hang of them. Like the other iOS Dragon Quest games, the game can only be played in portrait mode. I understand the reasoning and I personally prefer this mode, but I think Square Enix would be wise to consider providing options for those who would rather play in landscape. It’s probably the most frequent complaint I see about these versions.

The translation is quite interesting. While they opted to use neither the original NES translation nor the Game Boy one, it pays strong homage to the style of the original Dragon Warrior. Naming conventions have been reverted, so for example, the legendary hero Loto, who had his name changed to Erdrick in the NES version and went back to Loto in the GB version, is now once again known as Erdrick. Moreover, the whole game uses an old English style, but far more accurately than the original English version. I kind of like that they did this, because I think for a lot of people with fond memories of the game, that unique style of translation is something that stands out.

Dragon Quest is many things. It’s historically important, simple, fun, archaic, esoteric, nostalgia-inducing, genre-defining, focused, and mercifully brief. This port is decent enough, if not ideal, thanks to the somewhat-messy graphical style and the fiddly controls, which will be a much bigger problem come Dragon Quest 2, I promise. The price is, I suppose, about right for what Dragon Quest is. A classic, a museum piece, a nostalgia trip, and a reminder of just how much things can change, for better or worse, over the course of more than 25 years of game design advances. I think it’s a game best experienced in portable format these days, but even with that in mind, it’s still really only for those looking for a return to the most simple of times.