A little over 7 years ago, developer Valorware brought their curious mobile RPG 9th Dawn to the iOS platform. The game had debuted on Android the previous year, and by the time the iOS version came about it brought with it all the improvements and new content that came from that early Android launch. 9th Dawn was kind of a bizarre game. It drew its inspiration from old-school CRPGs from the ’80s and early ’90s like Ultima, and like many games of that vintage, was unapologetically obtuse to new players. There was an absolutely massive open world to explore in 9th Dawn, and enough underlying systems to keep you busy for literal years, but the game did nothing to hold your hand when it came to where to go in this giant world or how to access those systems.

Paradoxically, 9th Dawn was also incredibly approachable due to its dual-stick combat and movement system that felt right at home on the touchscreen as well as its nearly non-existent penalties for dying. This meant that even though you wouldn’t always know what the hell you were doing at any given time, it was pain free to just try stuff out and experiment without fear of losing hours of progress or permanently screwing things up. It wasn’t for everybody, but this strange combination somehow totally worked and made 9th Dawn an extremely satisfying game to poke and prod at for hours on end. 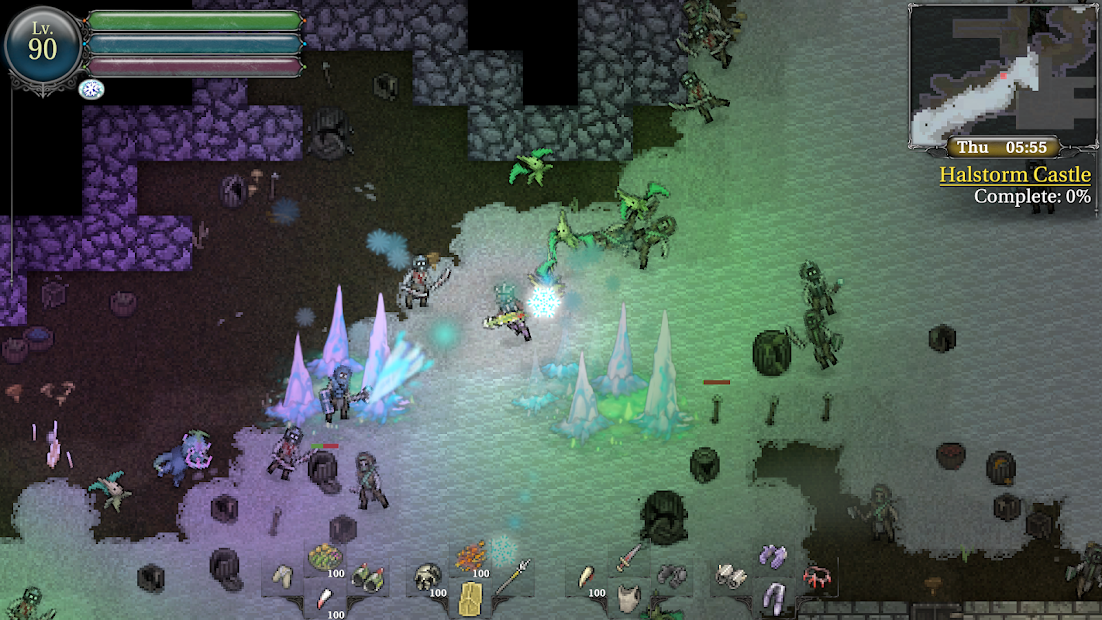 You can read plenty more about what made 9th Dawn tick as well the interesting history behind Valorware’s founding and their long journey towards releasing this first game in Shaun’s extensive RPG Reload from 2016, and you can read what we originally thought about the game in our review from 2013. Speaking of the sequel, 9th Dawn 2 arrived in the spring of 2016 and by and large offered the very same sort of experience as the first game but with many of its rough edges smoothed out. A streamlined UI made things that were a chore in the original, like selling multiple items or comparing weapons, much easier in the sequel. Overall 9th Dawn 2 was still a game that plopped you into a massive world with tons of stuff to do and didn’t tell you how to go about doing any of it, but it fixed plenty of the sore spots from the first game and we loved this one even more in our original review.

Well, perhaps you have guessed by now where this is all leading or perhaps the headline gave it away a long time ago, but Valorware is on the cusp of releasing 9th Dawn 3: Shadow of Erthil and it is coming incredibly soon: Next week on October 6th in fact. Let’s get right to business with a brand new trailer.

So what’s new in this third trip to the world of 9th Dawn? Plenty. While still retaining its 8-bit-ish inspirations, you can tell from that trailer that the visuals are quite a bit improved in 9th Dawn 3 over the previous games. There’s also an expanded crafting system, a Power Gem system for enchanting your weaponry, rideable mounts, and an improved companion system so you can go adventuring around with a virtual buddy and switch back and forth on the fly. There’s also a full-blown fishing mini-game as well as a full-blown card battling game called Fyued with 180 cards to collect. And finally there is a robust creature system which sees more than 270 different monsters to catch, tame, add to your party, and level up.

Basically, clear your schedule because a new 9th Dawn is upon us and ready to suck your free time away. It’ll be launching across all major platforms which includes iOS, Android, Steam, Nintendo Switch, Xbox One and PlayStation 4 and it’ll be $9.99 on mobile and $15.99 on consoles and PC.