The original 9th Dawn ($2.99) was released almost three years ago. It didn’t look like much, but as long as you could get past the humble presentation, you would have found an open world action-RPG with a scale few other iOS games can match. It had a clunky user interface and for those who prefer a more guided experience with their RPGs, its old-school nature could be off-putting. Personally, I loved the game, as it brought back fond memories of fumbling around in games like Ultima, and the lack of explicit story-telling was often made up for by the provocative world design. The sequel, 9th Dawn 2 ($1.99), has a few useful changes to address issues with the the original game, but for all intents and purposes, this is another heaping plate of the same taste. If you couldn’t get enough of the first, you can throw down your money without fear. 9th Dawn 2 won’t let you down.

9th Dawn 2 is, like the first game, an open world action RPG. You can choose from three job classes at the start, and after a short tutorial, you’ll find yourself in a little town. Your first quest is lined up for you, and in case you can’t find your way along the short path to the cave you need to go to, an NPC is waiting to lead you there. You can go in and complete that first quest, or you can just wander off and do your own thing. That’s about as much guidance as you’re going to get in the game, and for anyone unaccustomed to that kind of hands-off design, it can be a little overwhelming, just as it was in the first game. There’s a main story to clear involving some nasty bit of work called the Hydra Dragon, but as with the first game, the real value in 9th Dawn 2 comes from finding your own adventures. There are plenty of caves, keeps, random shacks, and campsites to explore, lots of monsters to kill, and a whole lot of treasure to find. 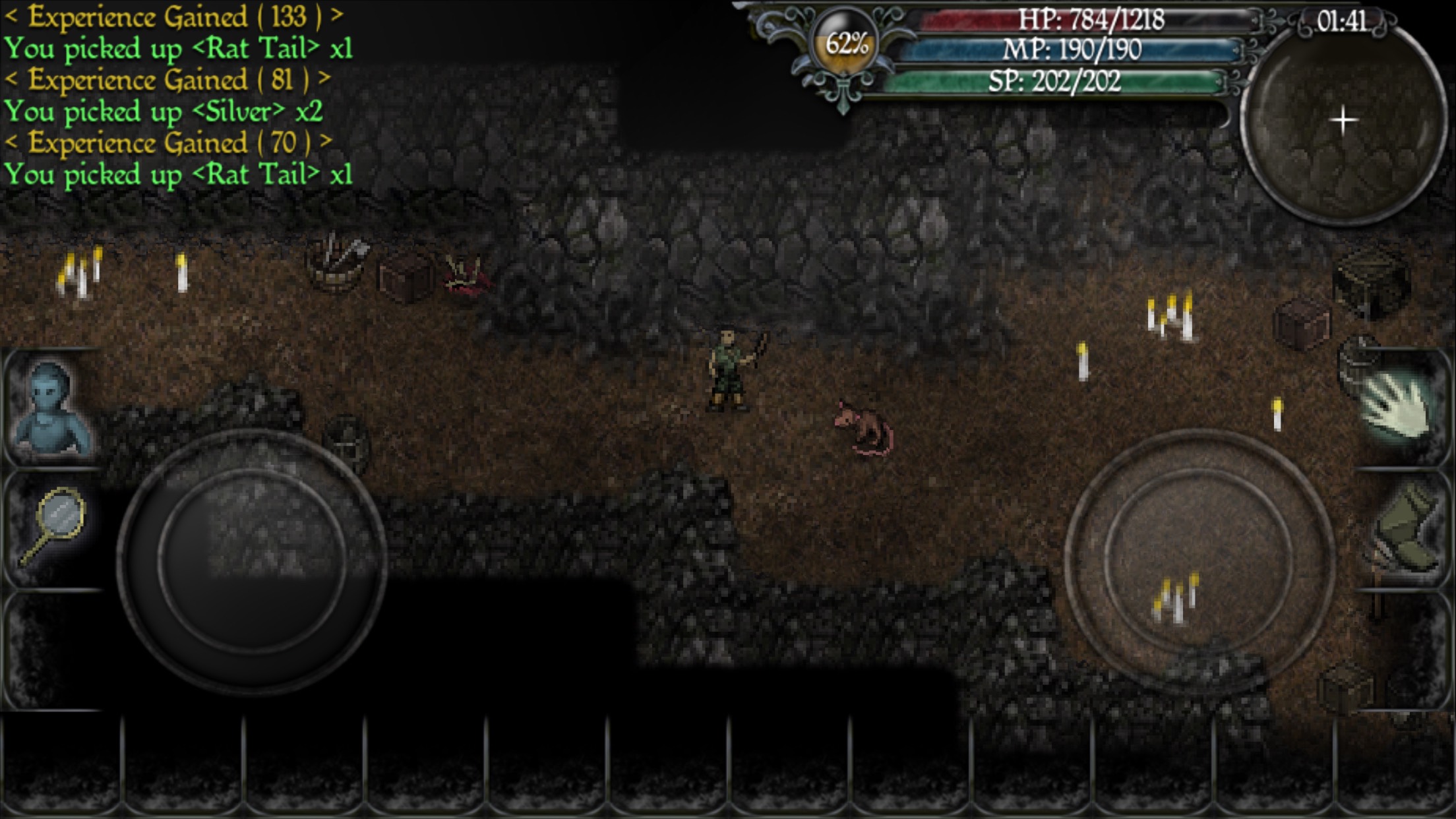 There are a few obvious improvements and additions to this sequel. You’ll probably notice pretty quickly that you can jump now, and that’s something you’ll have to do fairly regularly in the dungeons. I’m not a huge fan of platforming challenges in my RPGs, and while I’ll admit I’m carrying a lot of trauma from Ultima 8, there are times when it genuinely irritated me in 9th Dawn 2. It does add an extra dimension to the puzzles, and it’s one that the developer makes heavy use of, so I’m inclined to forgive the few cases where I was swearing up and down because I kept falling into the abyss.

Other changes aren’t so mixed. The all-purpose hand icon, which was an absolute pain in the butt in the first game, now works a lot smoother here. There aren’t nearly as many interactive objects laying around to attract its attention, so you’re less likely to accidentally click on an object you didn’t mean to. It’s good that this function works better than it once did, since you can no longer move around and interact with things just by tapping. You have to use the virtual stick to move around, and you have to use the hand to perform actions. Attacking works similarly to the first game, with a second virtual stick guiding the direction of your assault. You’ve got a bunch of hot-key buttons you can fill with whatever you’d like, so doing things like switching between weapons or bouncing between spells is a breeze. 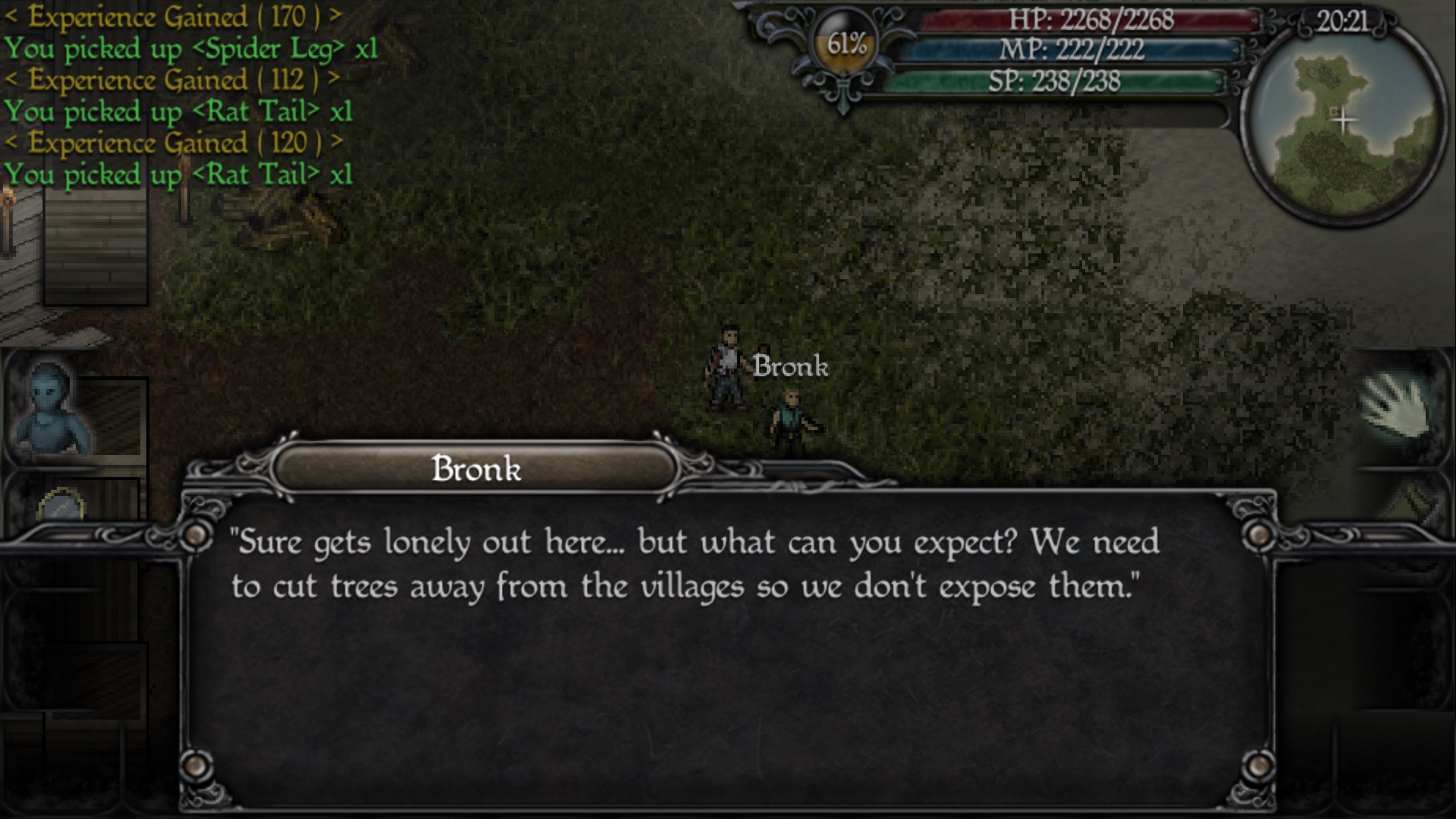 The improved hand button is just one aspect of the user interface that has been seriously upgraded. 9th Dawn 2 still has a lot of weird ways of doing things compared to other games, but actions like selling large quantities, comparing item stats, or emptying out treasure chests are much easier to do than they were in the first game. Since the game functions a lot like an online game even though it’s completely offline at the moment, you’ll have to put up with certain things like opening menus not always pausing the action. The game is supposed to be getting cross-platform multiplayer in a later update, so that will make more sense down the road. For now, it’s awfully easy to end up with something chewing on your leg while you’re trying to sort your items. Be careful where you park.

Overall, the presentation is a bit better than the first game, with more detailed characters and backgrounds and some excellent music. The original 9th Dawn has fallen a bit behind newer hardware and iOS releases, so if nothing else, it’s nice to have a similar game that is built for larger screens and such. There are still some aspects of the game that look a little simplistic, such as the turning animation for your character being a Paper Mario-style left-right flip, but you get used to it after a while. After all, the classic-style graphics are probably a big part of how a one-person developer can put together such a content-rich game. It also affords niceties many more visually rich games can’t budget for, like showing all manner of equipment changes on your character’s sprite. 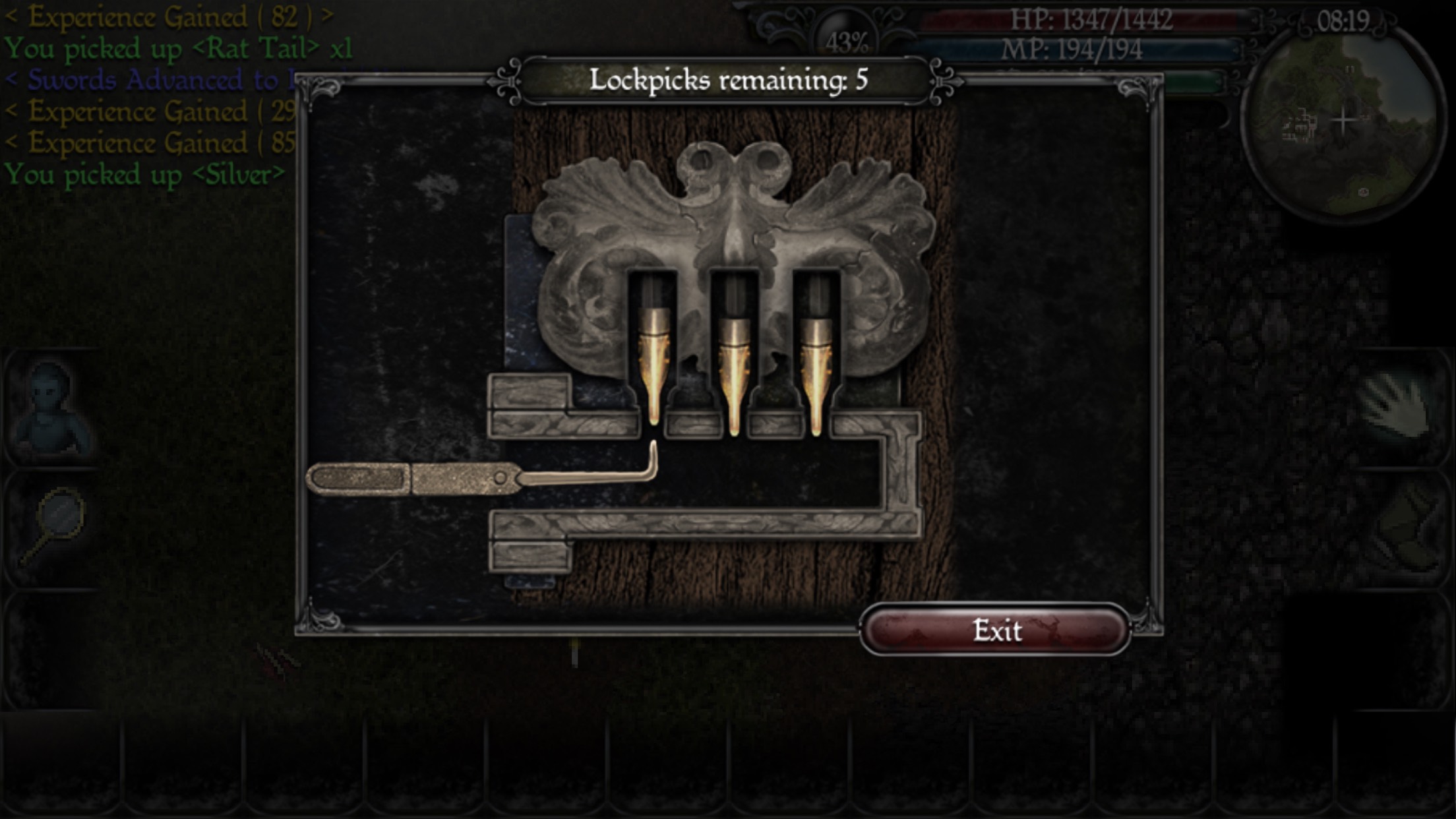 There are a few things that make 9th Dawn 2 worth picking up for RPG fans. First, the basic movement and control of your character feels good. Just walking around and smashing things with your offensive tool of choice is an enjoyable activity. Next, the open world itself is worth mentioning. You really can go anywhere you want if you’re strong enough to survive, and that can lead to some truly madcap self-imposed adventures at times. There are lots of non-essential things to find on the map, and each secret only emboldens you to find more of them. Finally, I want to give special credit to the dungeon designs in this game. They’re complex things that can take a while to untangle, with at least a couple of interesting puzzles in each. It genuinely feels like you’re taking an expedition into unknown and dangerous terrain, and though the consequences are light for death, a palpable tension mounts as you wend your way further into each one. The slap on the wrist that is a bit of experience point loss is nothing compared to having to hoof it back into a big dungeon.

Granted, many of those joys can also be found in the first game. If you burnt yourself out on that one, or you tried it and didn’t like it, you’ll probably want to skip 9th Dawn 2. Its weak points aren’t quite as weak and it shares all of the original game’s strong points, but it’s similar enough that it likely won’t change anyone’s mind. If you don’t count yourself in those aforementioned groups, however, I’d strongly recommend checking 9th Dawn 2 out. Even if the game had to stand exactly as it is, without any of the intended updates, you’d still easily get your money’s worth out of it. You could spend hours just wandering around stabbing at random things and collecting loot, never mind any of the actual quests. There’s not much else on iOS like 9th Dawn 2 except the first game, and this sequel is a clear improvement in virtually all regards.