Did you know that SpongeBob SquarePants came out over 20 years ago? The only thing that surprised me more than realizing how old I am is the fact that this yellow guy still exists.

Despite being almost old enough to drink, the SpongeBob franchise is still as strong as ever. Due to his massive appeal, SpongeBob has jumped into other platforms, such as movies and even video games, including the one we’ll talk about today. 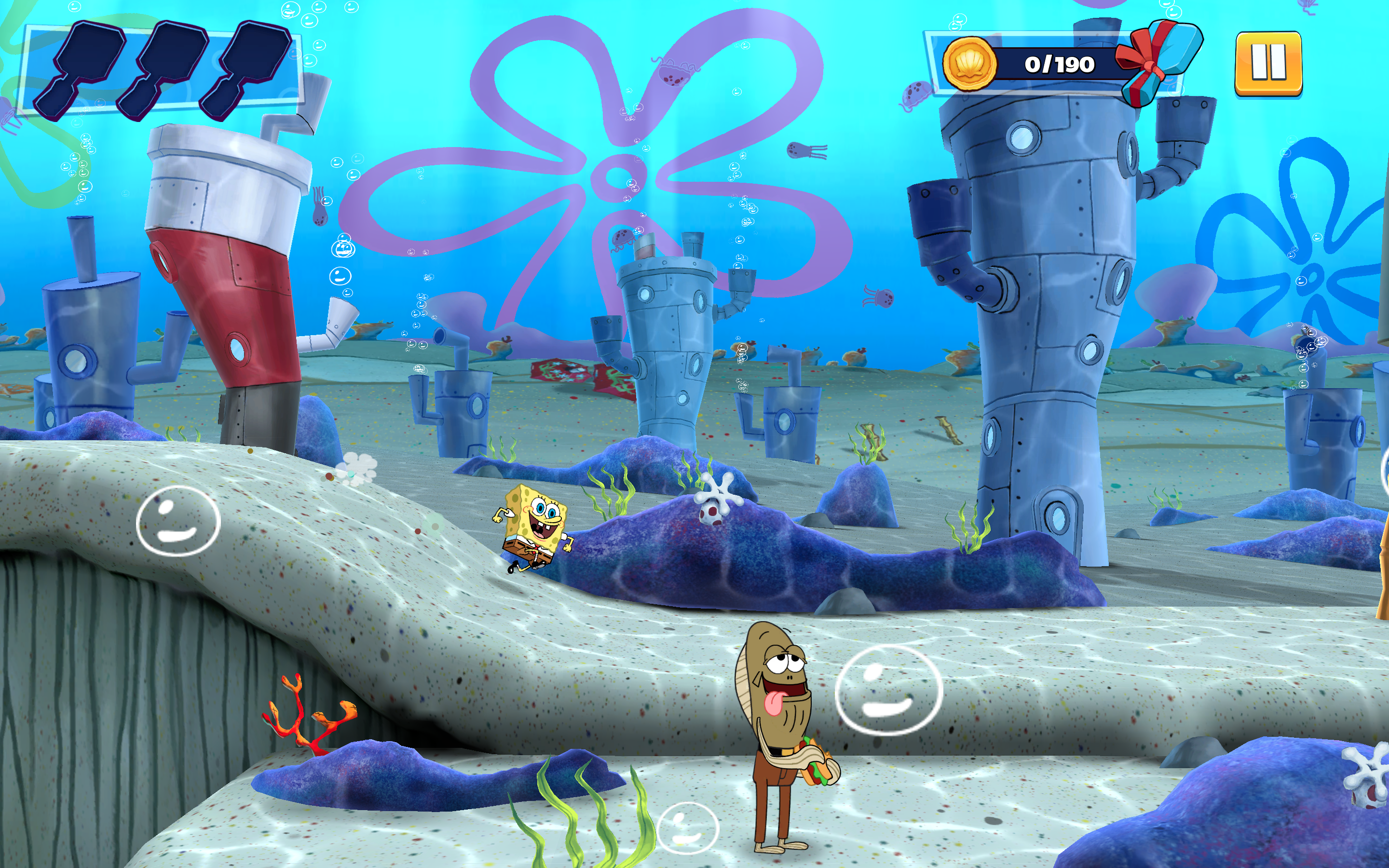 Patty Pursuit also uses the same formula that made many platforming games successful, although that’s not necessarily a bad thing. Instead of worlds, you’ll travel to six different parts of Bikini Bottom, and each new place you visit has several levels you need to complete. Additionally there are several coins and spatulas on every level you need to collect.

You’ll use the spatulas to unlock the next levels in an area. The coins and spatulas are surprisingly challenging to get. Most of the time you’ll have to keep an eye on each level to find secret exits that lead to the coins. Also, there are some levels where you’ll need another character to break into a new area, so you’ll have to go back if you want to get every item.

I really enjoyed that Patty Pursuit made you go back and replay some levels to complete it. It shows that, even though this is a game for a younger audience, it also has small challenges for older gamers and completionists. That being said, some levels require you to replay them 2 or 3 times depending on how many hidden areas they have, so it does get a bit repetitive over time. 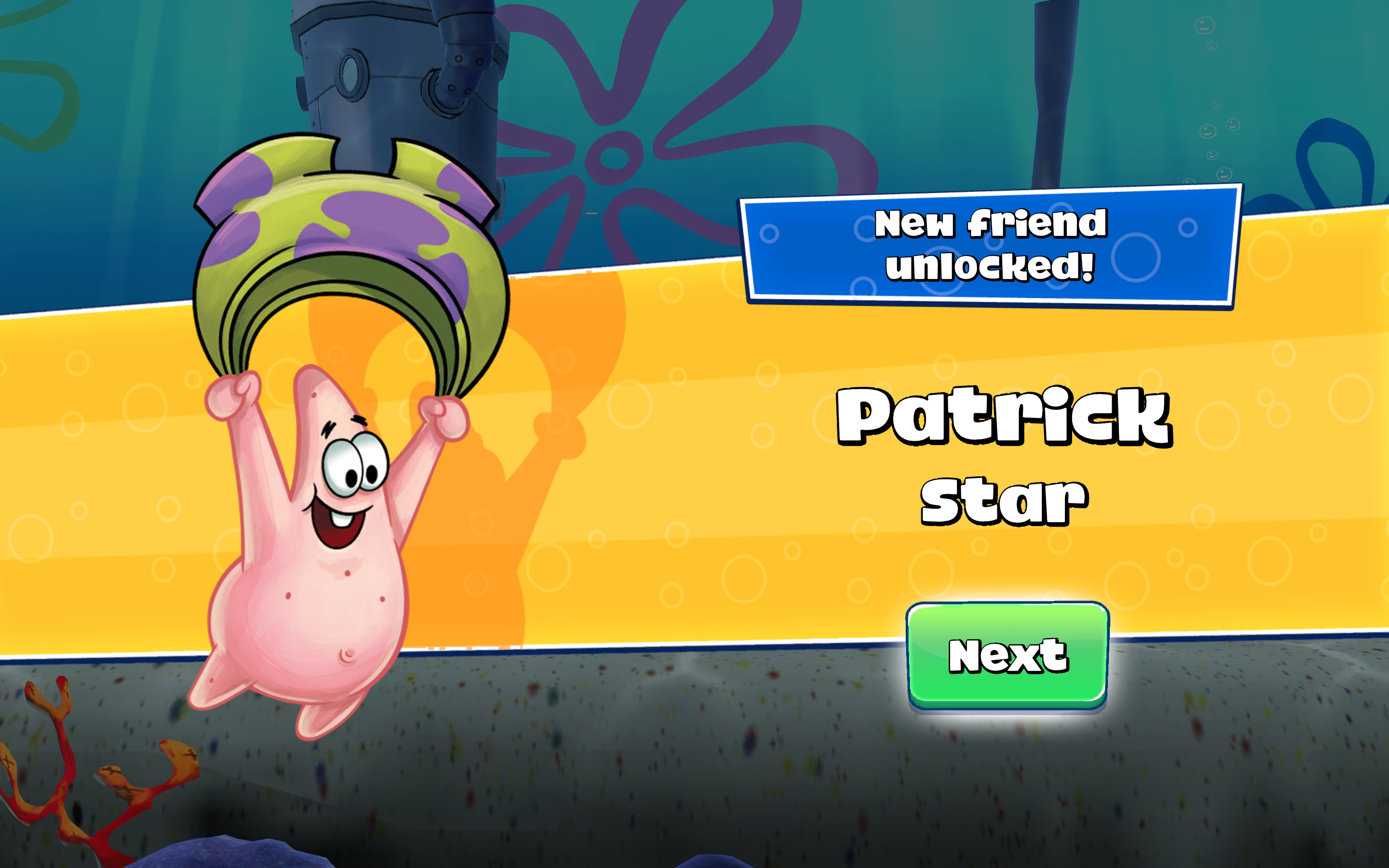 At the end of each area you’ll have to fight a boss. These bosses are pretty straightforward, and once you know what you have to do, it’ll be a piece of cake to win. Every level is also filled with Plankton’s cousins, who come in different forms and sizes, but they’re mostly a small hurdle that’s easy to take care of.

There are also bonus levels which you unlock after you beat the boss of an area. These levels need more spatulas to be unlocked but you’ll also get more spatulas and coins in them. They’re supposed to be a bit harder than the levels in that area, but they’re mostly easy.

The only thing that makes or breaks a platforming game is its controls and I’m pleased to say Patty Pursuit does a great job in this department. SpongeBob can jump, dash, kick, and ground pound. Plus, you’ll have powerups that’ll help you make progress through a level. 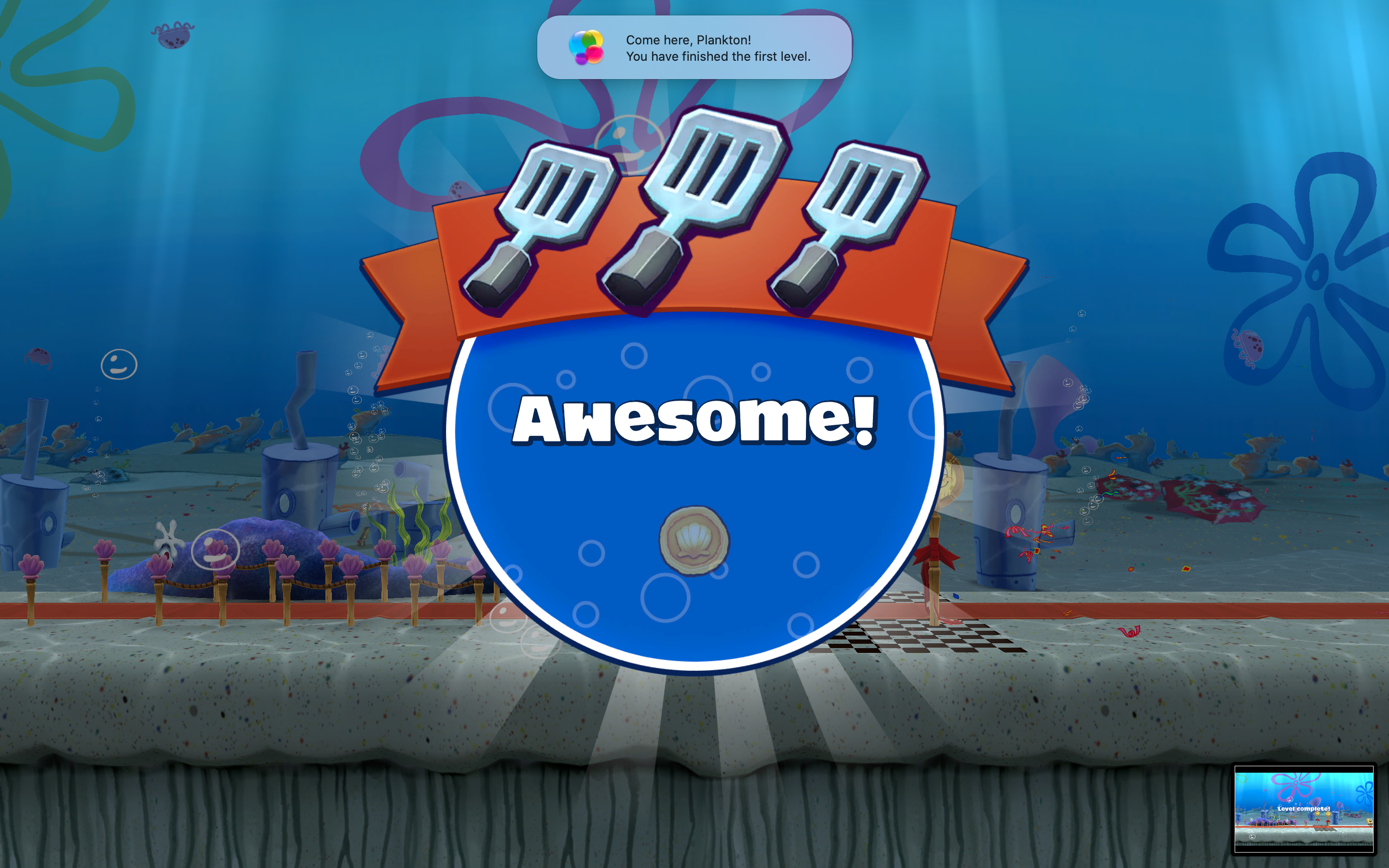 The controls in Patty Pursuit are responsive, and you shouldn’t have a problem, no matter how you’re playing. The only downside is that SpongeBob is extremely overpowered in this game, so regular enemies or bosses don’t feel that threatening.

You’ll mostly control SpongeBob, but once you start rescuing your friends, you’ll have a partner during your levels. You’ll need to select different partners depending on the level you’re on. Each character has a special ability. For instance, Patrick can ground pound really hard, Gary can climb walls, and Mr. Krabs can open vaults. You’ll have to use every character if you want to unlock secret areas.

Visually, Patty Pursuit is really cool looking. At first, the game starts like you’re on some kind of interactive episode. Plus, all the characters and environments will give you a dose of nostalgia if you haven’t seen SpongeBob in quite awhile. You won’t only see the main characters, you’ll also see some iconic fish from the series throughout the levels. They don’t do anything special, but it’s nice to see them doing well.

Speaking of main characters, the cast from the show was also involved in this game, so you’ll listen to the original character voices.

A while back, I got the chance to review another Nickelodeon game about Loud House. At that moment I said the game wasn’t something you want from an Apple Arcade game, and while that was true, I think SpongeBob: Patty Pursuit is a nice improvement. However, there’s still a long way to go.

SpongeBob: Patty Pursuit is a nice casual game for people who love the show, or just enjoy some platforming games. Although it’s on the easy side, Patty Pursuit offers a bunch of fun levels with secrets scattered throughout the level, which makes you want to play it again and again.

NOTE: SpongeBob: Patty Pursuit is available on mobile exclusively as part of Apple Arcade, a premium gaming subscription service from Apple. Without being a subscriber to Apple Arcade you cannot download and play this game. Apple Arcade is $4.99 per month and does come with a free one month trial, you can learn more about it on Apple’s official website or by visiting our dedicated Apple Arcade forum.