Apple Arcade is meant to be fun for all ages. There are dozens of games that you can enjoy, no matter how old you are. That said, not every game is going to attract everyone.

That might be the case with Loud House: Outta Control, a game developed by Double Stallion in collaboration with Nickelodeon, that’s based on the TV show with the same name. The TV show is about the life of Lincoln Loud and his 10 sisters. I grew up with one sister, and that was a roller coaster. I can’t even imagine how this kid deals with them.

Fortunately, you don’t need to be a fan of the show to start playing Loud House: Outta Control. Sure, knowing the story or the characters will help. But, for the most part, you can enjoy Outta Control without knowing anything at all.

This is mostly because Outta Control is a mini-game. There’s no story or campaign mode, and the gameplay is extremely easy. Mind you, this is a game made for children, so don’t come looking for the Dark Souls of Apple Arcade. 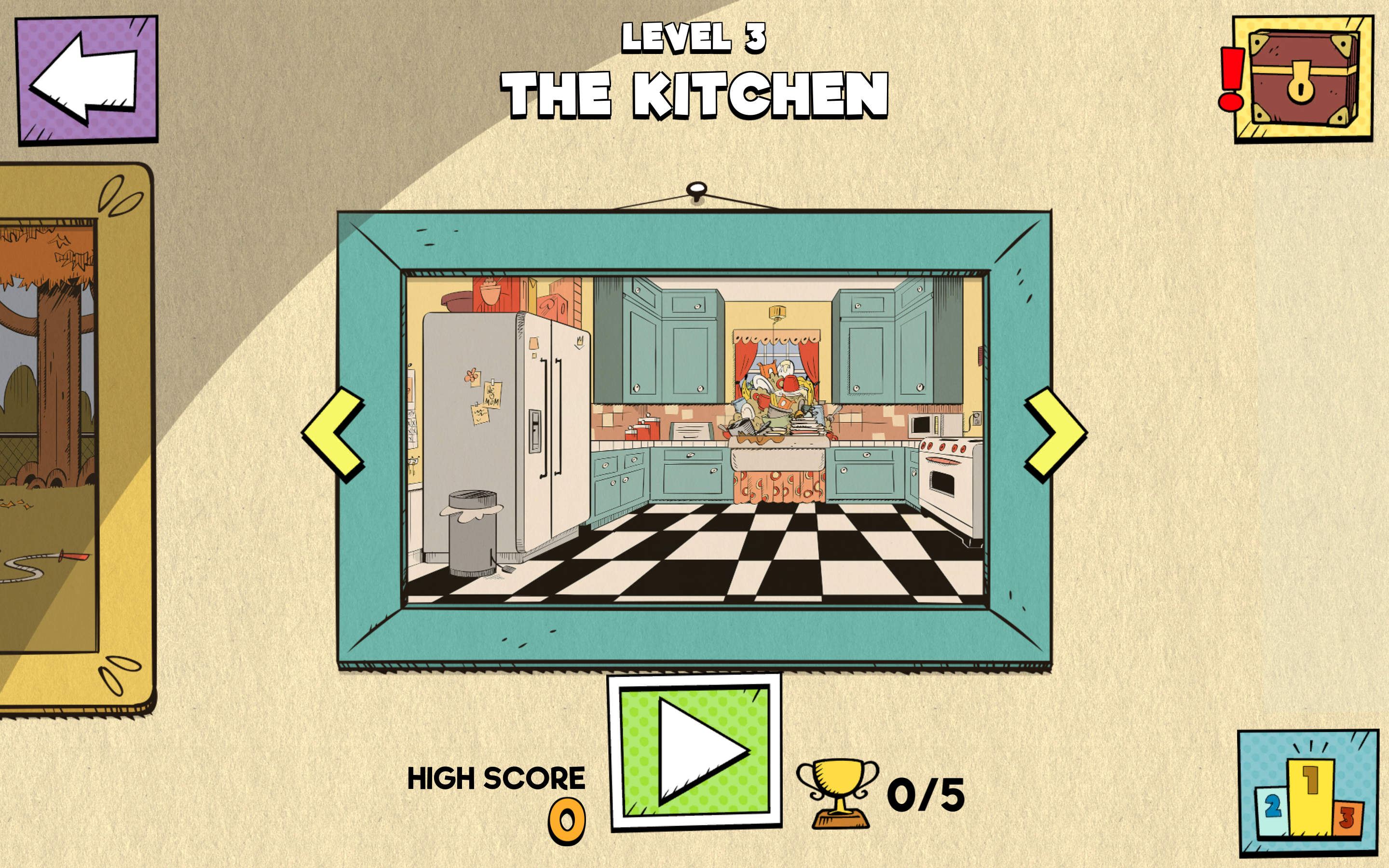 Learning how to play Outta Control is easy, although I’d recommend skipping Bluetooth controllers on this one. The screen works way better. That said, too many characters and some RNG make Loud House a difficult game to complete.

While younger audiences and fans from the show might enjoy the game, outsiders and older gamers might get bored playing Outta Control. Its gameplay can get repetitive and doing the same thing over and over again turns it into a chore. That’s something even hardcore fans will not appreciate.

Besides the different rooms you’ll play in, you can also visit the attic. This is where you’ll have the collectibles and awards you win at each level. Each collectible is based on things from the show, like Lincoln comics. 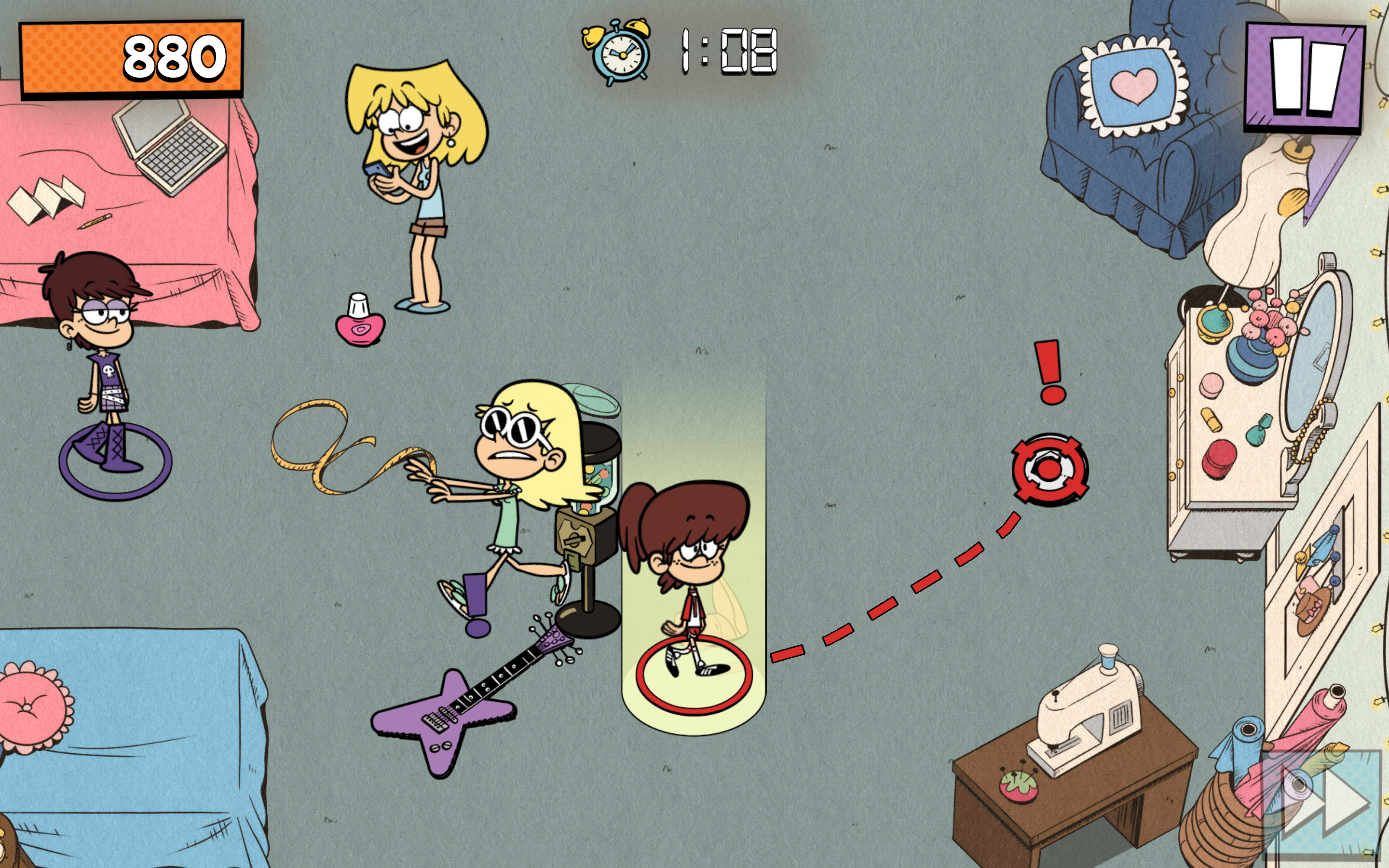 Aesthetically, Loud House is great. Every character and environment is identical to what you can see on the show, and sometimes you’ll even hear the character’s original voices throughout the game. Its bright colors and smooth animations are top-notch, and even have potential to work as an interactive episode in the future.

Overall, Loud House: Outta Control is a good mini-game, but it’s a tougher fit as an Apple Arcade game. As a mini-game from the App Store, this is a good game to play and to kill time with. It looks and feels great when playing, and provides a challenging yet fun experience.