The card game Race for the Galaxy was a critical darling when it launched in physical form back in 2007, and made a wonderful transition to digital a decade later when it arrived on the App Store back in the spring of 2017 courtesy of Temple Gates Games. In September of that same year, a semi-spin-off called Roll for the Galaxy was also announced as coming to the App Store, again courtesy of Temple Gates. There was no release window for the digital version of Roll for the Galaxy at that time, but Temple Gates did say that a beta would be coming soon. And, well, “soon" is kind of a relative term, as here we are two and a half years later and the Roll for the Galaxy beta is finally getting ready to kick off. The beta will have limited spots, but they’re still accepting applicants for iOS, Android, and Steam so if you’re interested in signing up just head over to this Google doc and fill out your details. Here are a couple of screens of what Roll for the Galaxy will look like in digital form. 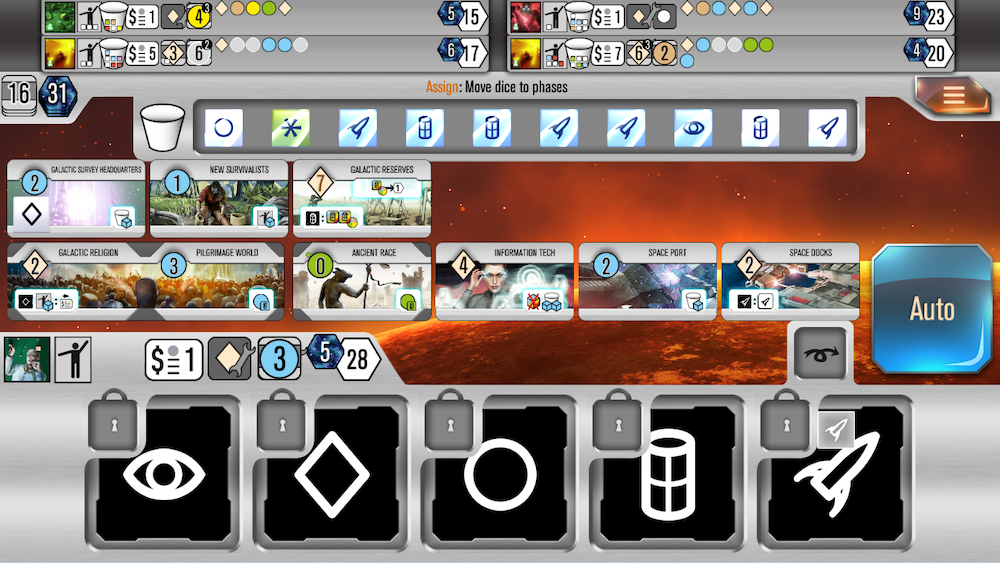 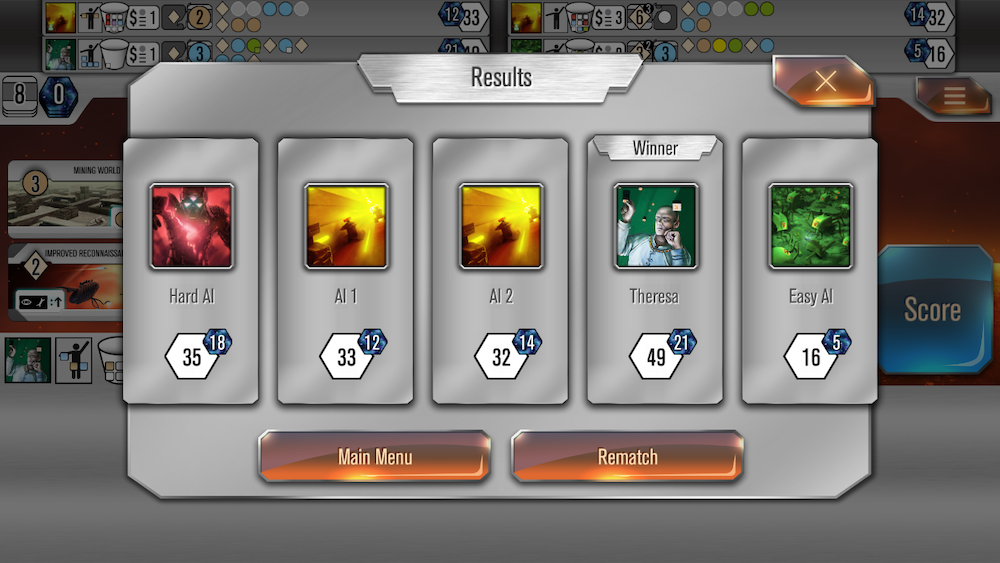 In Roll for the Galaxy the dice act as the population of your civilization, and you’ll roll them to find new planets to settle and technologies to develop. “With sixty developments and settlements, nine starting factions, and over 100 custom dice to play with, each game is a unique adventure." The game is for 2-5 players and the one who best manages their population and builds the most prosperous empire will be the winner. The digital version of Roll for the Galaxy will feature both real-time and asynchronous online multiplayer as well as the ability to play against an advanced neural network AI developed by Keldon Jones, who also developed the AI you play against in the digital version of Race for the Galaxy. If you’re interested in getting in on the beta be sure to sign up and you can also check out the beta feedback thread over at BoardGameGeek to read some early impressions. Once we have a more specific release date for Roll for the Galaxy on digital platforms we’ll let you know.