Spyder is an adventure and puzzle game developed by Sumo Digital Ltd. You’ll play as Agent 8, a British robot that’s also a spider, and that’s also a spy. You were created by the British spy agency EP-8 to help to stop the evil organization known as S.I.N. and go where no agent or spider has gone before.

You’ll travel across different destinations, some crazier than others, to stop the S.I.N. organization from destroying a lot of things. Each level has several tasks you need to do to complete the mission.

Sure, different objectives keep the game entertaining, but in reality, I think the little Agent 8 is terrible at its job. If you can’t stop a plane after you practically destroyed its engine, maybe you need to go back to training. 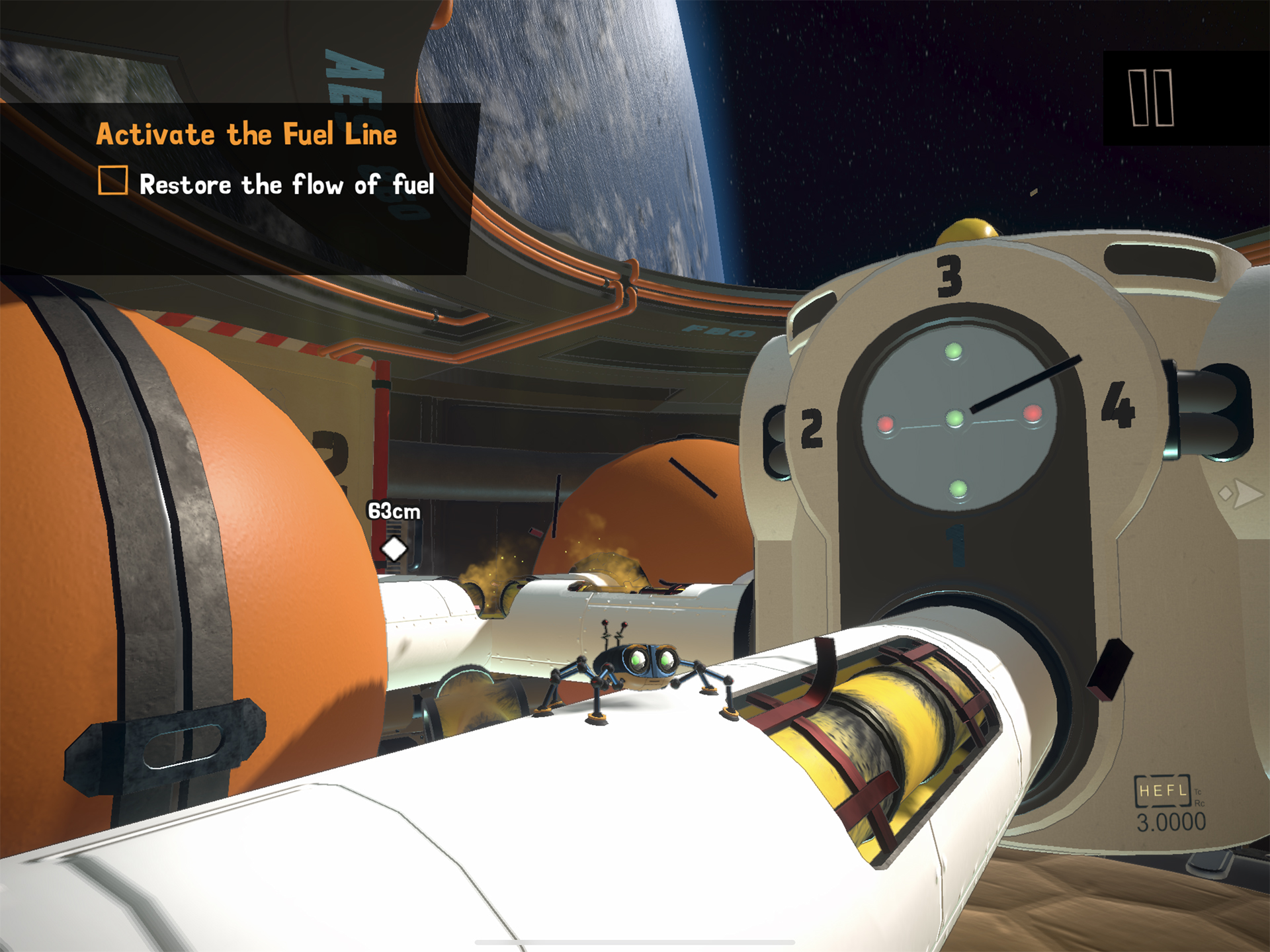 Still, the game is a joy to play. Each environment has different ways to test what you can do while being so tiny. You’ll explore a wide variety of areas within each level, and you’ll have to go through a lot of hurdles and puzzles to make progress.

Each mission is linear; you’ll have to go from point A to point B and then point C, solving light puzzles. That said, there are some collectibles in the form of stickers scattered throughout the level. Most of them are easy to come across, but sometimes you’ll have to go out of your way to find them.

Personally, I liked these collectibles. While they’re not that important for the game, having something to look for, or figuring out how to get a sticker makes your journeys that more enjoyable. 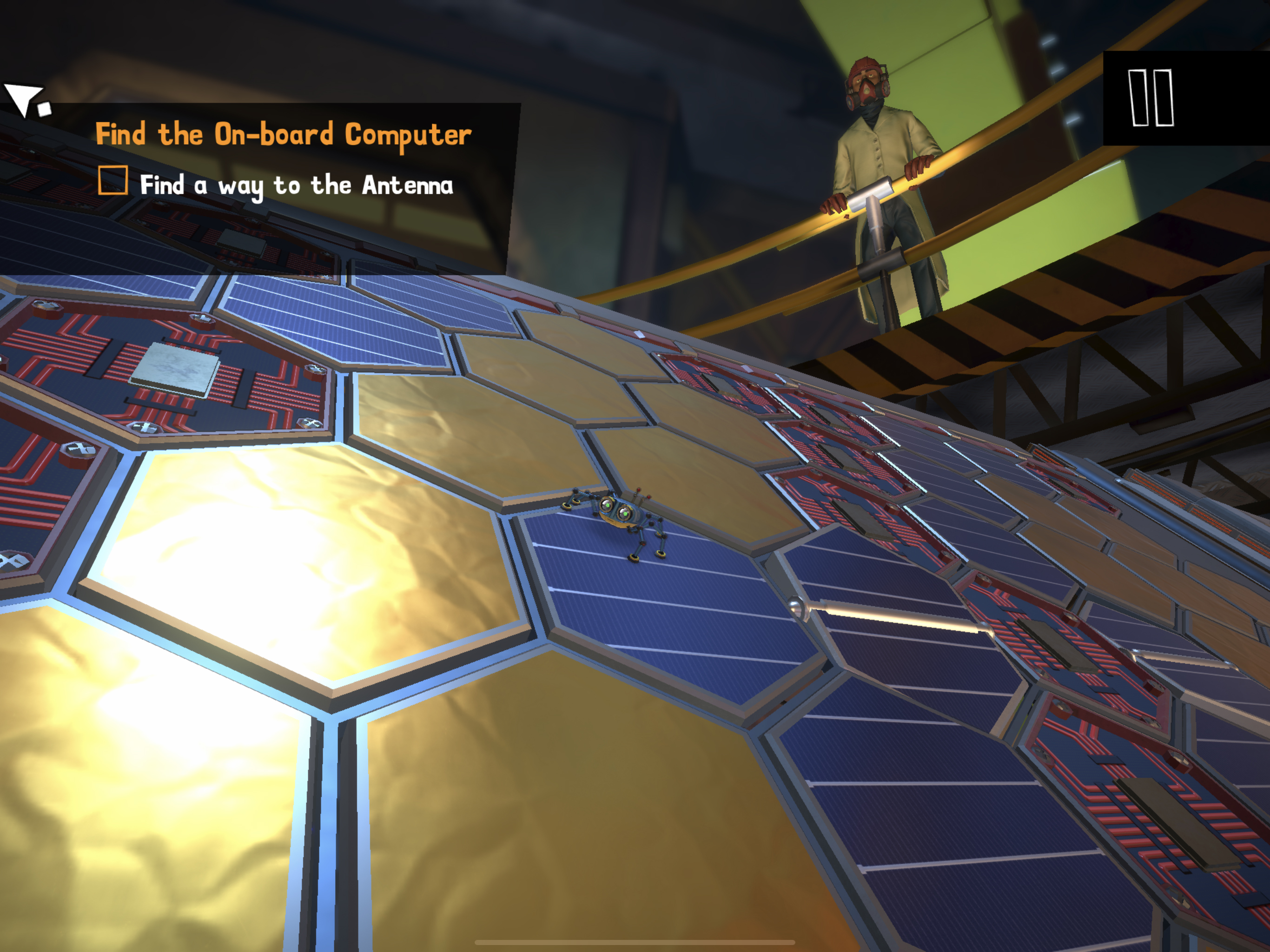 The puzzles are pretty straightforward. I get the feeling this is a game aimed mostly at children, but I would’ve loved to see what the team could do with some harder puzzles. On the other hand, having simpler puzzles to solve makes you enjoy such big environments while being this tiny.

Controlling little Agent 8 is really simple too. Despite being this small, it’s really fast to move around each area. Although, the controls switched when you are upside down, so it can get annoying to figure out which direction you need to go to. I did die because of this, but this also happens in other games like Marvel’s Spider-Man for the PS4. So it’s probably a spider-related issue.

Besides crawling and moving stuff around, you also have a bunch of different tools at your disposal. You can swing, pick items, hack computers, and other things. It does make everything easier, and it’s probably how James Bond feels when he’s on a mission.

Aesthetically, Spyder is a pretty game. All the visuals and sounds of the game work well together, and they make you feel the rush when disarming a bomb or when you’re sneaking around.

Also, the environments are different from each other, and they never get old. You can be in outer space in one mission and underwater in the next one. And everything in the game feels so big, which is a really cool and different way to play. Plus, Agent 8 is so darn cute. It’s probably the cutest spider/spy/robot in existence.

Although a bit easy, Spyder is really fun to play. In my opinion, this is one of those games where the journey is more important than the destination. If you’re looking for a casual game that you can enjoy without any issues, Spyder is a great game to try on Apple Arcade.