You know, I feel like people got off on the wrong foot with Frogger in Toy Town (). In hindsight, it probably wasn’t the ideal game to kick off the first ever demo of Apple Arcade games during the big Apple Keynote event back in September, and because of that very awkward onstage demo the game became sort of a joke in discussions after the event. But honestly it’s not very fair. I mean everybody DOES love Frogger, no? And Frogger in Toy Town is developed by Q-Games who have given us the Pixeljunk series and oh so much more. This is a surprisingly great updated take on a classic franchise with really killer visuals and loads of content, and it’s a game we really enjoyed in our review. So if you are among those that scoffed at Frogger in Toy Town after that event, I urge you to give it a shot and see what you’ve been missing.

Ok, now that I’ve got THAT off my chest, I originally intended to come here and tell you all about a new update that is planned for Frogger in Toy Town. Well, a couple of updates actually. The first update is imminent and will add a two-player cooperative mode to the game. If you select Co-op Play from the main menu, you’ll be able to invite a second player into your game as a guest and play through levels together on your own individual devices. One cool bonus to doing this is that when you take damage during the game, your collected froglets won’t just scamper off as they do during single player, but they’ll instead hop on over to join your co-op buddy, giving you a second chance to rescue them. 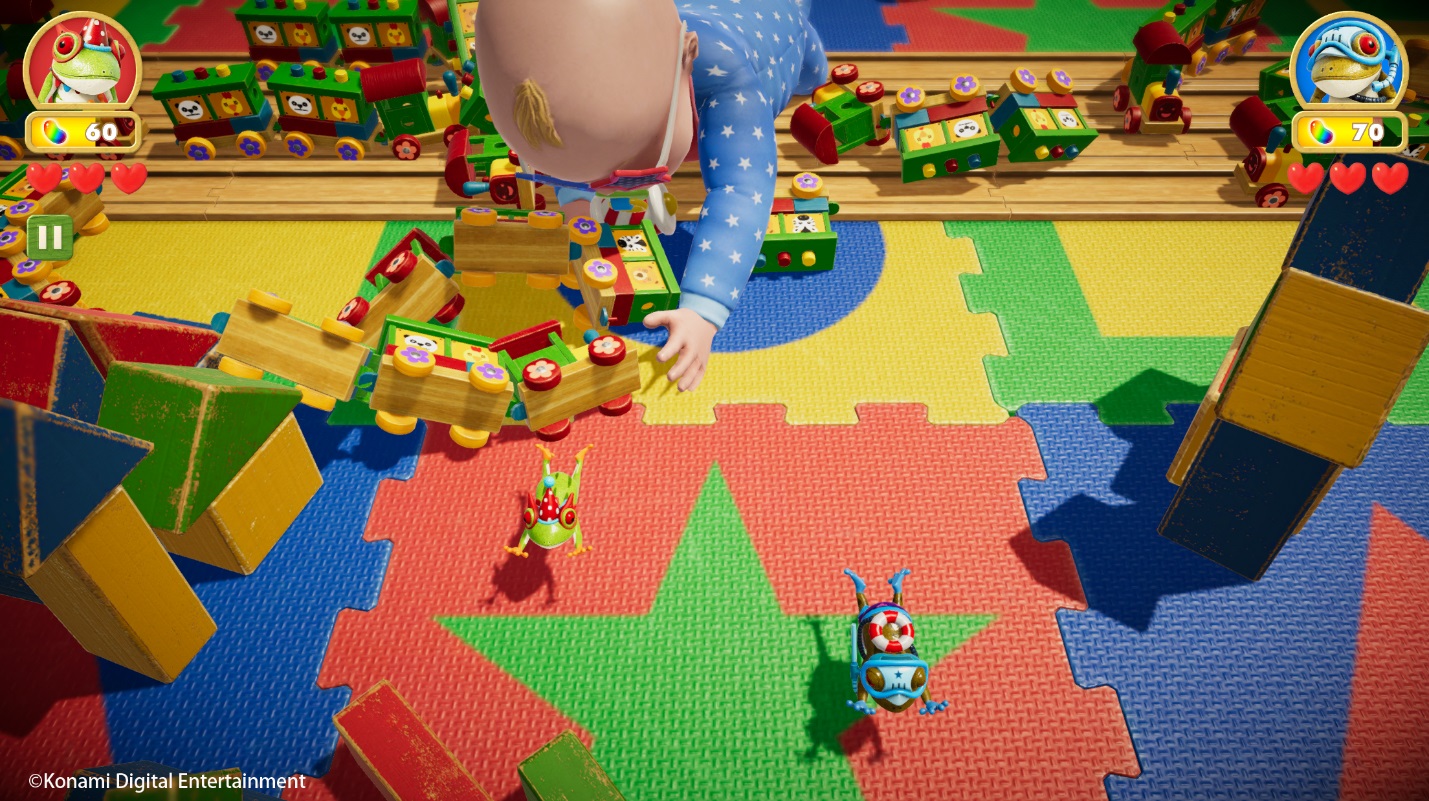 If multiplayer isn’t your thing, then you’ll want to look out for an update coming in December which will add an entirely new house to the game. Currently there are three houses: Suburban House, Hobby House, and The Mansion. The December update will add the new house Winter Nightmare which will feature “eerie eyeballs, peculiar pumpkins and terrifying teddy bears." This house will also bring “vampiric, skeletal and ghostbuster-themed" costumes for old Frogger to wear. It kind of sounds like they just missed Halloween, and now winter is coming up, so they’re piling a bunch of spooky Halloween-esque stuff into a winter-themed update. Hey, I’m cool with that! The co-op mode update should be out at anytime now, perhaps even by the time you’re reading this, and the Winter Nightmare update will be arriving at some point in December.