Polish developer Vivid Games has unleashed their latest mobile game on the App Store and Google Play, and it’s a very timely release with Halloween happening today. You see, their new game is called Zombie Blast Crew (Free), and it’s all about, well, blasting zombies, an activity that seems all too appropriate for the occasion. Now, if you’re familiar with Vivid Games which, based on how many popular games they’ve released you probably are, then you might recall last year when they released a game called Space Pioneer on mobile. It’s a top-down shooter that has you eradicating all manner of aliens on a variety of planets, and it features one of the most satisfying loot/upgrade/progression systems I’ve come across in any game. It also received fantastic support post-launch with a full story-driven campaign being added, cooperative and competitive online multiplayer modes, and tons more. We loved Space Pioneer so much we picked it as our Game of the Week and awarded it 5 stars in our review. 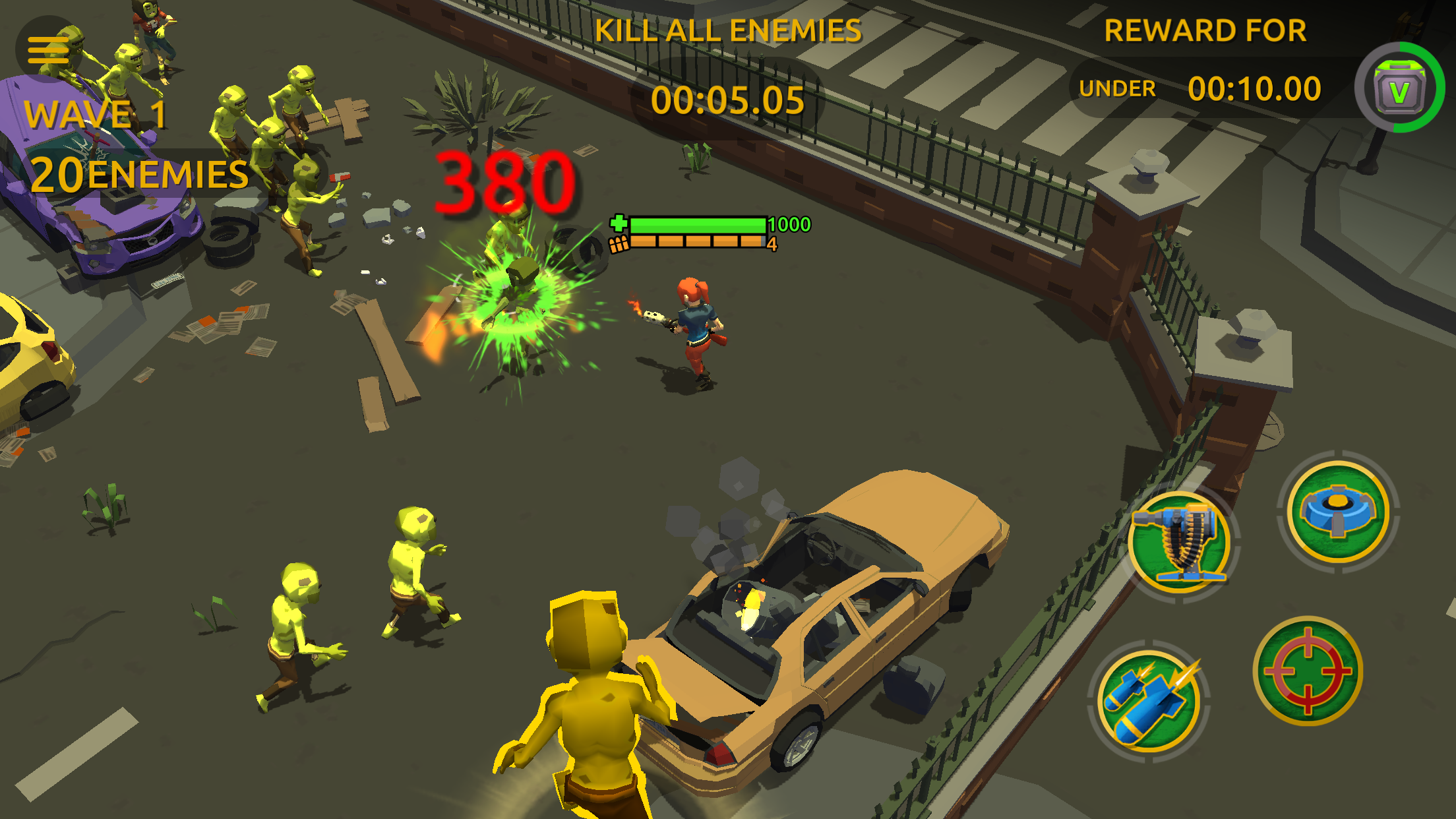 Well, if you’ve played Space Pioneer, then Zombie Blast Crew is going to feel awfully familiar. And I don’t mean that in a bad way at all. The menus, the UI, the general flow of the game is all very much as it is in Space Pioneer, but much more zombie-fied. You’ll play through a single-player campaign where each level has multiple missions and a 3-star award system, and there’s a number of competitive online modes too. Perhaps my favorite part about Space Pioneer also carries over to Zombie Blast Crew, and that’s the extensive loot and upgrade system. You are constantly earning different gear, leveling up your profile, and upgrading your various items and characters. Combined with the bite-sized missions you’ll constantly find yourself wanting to play just one more mission or match to see what you’re able to upgrade next. 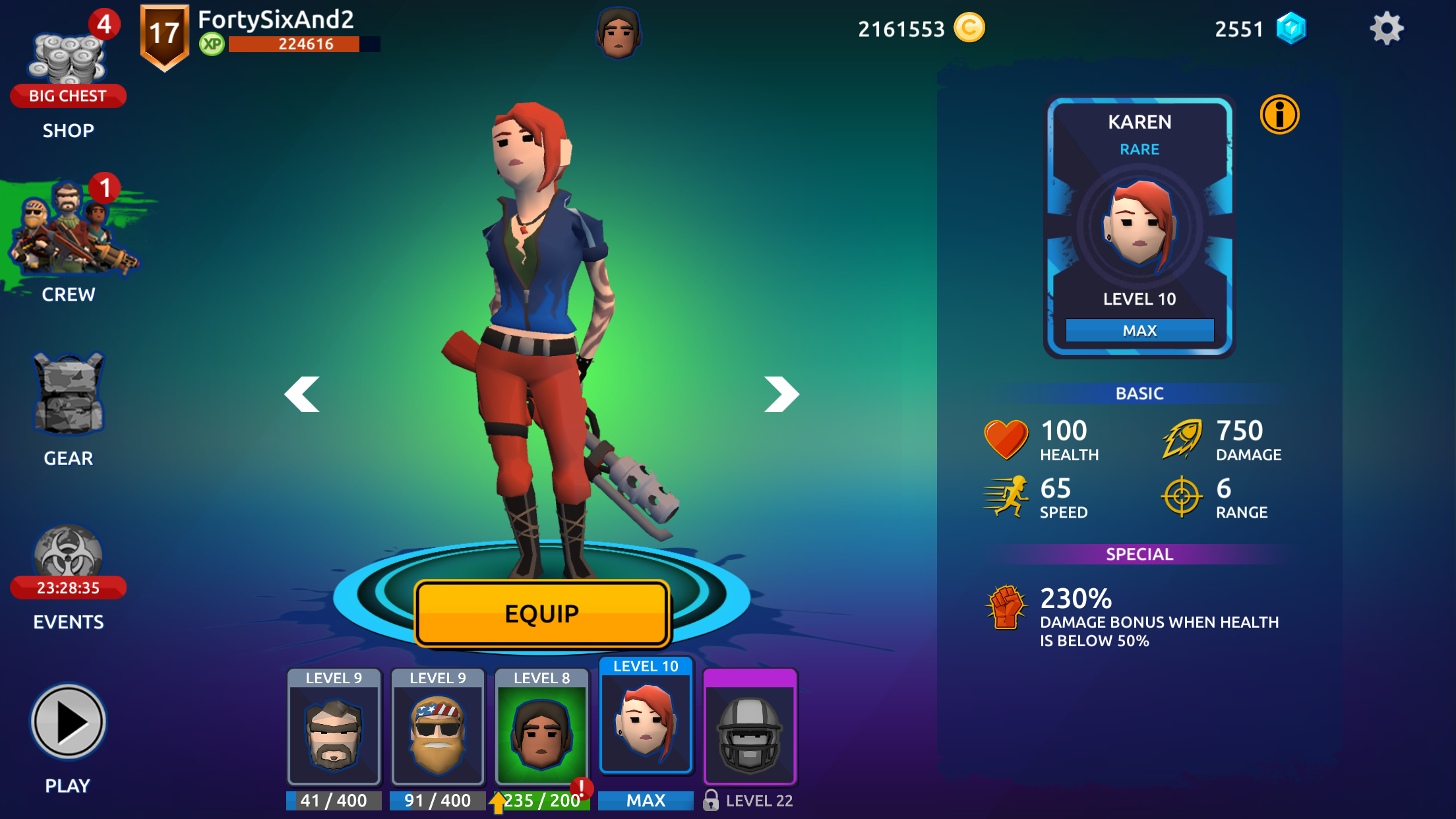 For how similar the two games are though, Zombie Blast Crew isn’t just a straight re-skin of Space Pioneer, even if it appears that way on the surface. First off the graphics are much improved in Zombie Blast Crew, featuring way better lighting effects, day/night and weather effects in levels, and far more interesting level designs. Space Pioneer’s levels often felt pretty barren and like generic round arenas with a few decorations spread around. Zombie Blast Crew’s levels feel more like the kind of scenes you’d see in an actual zombie apocalypse, with much larger areas to roam around in and buildings, abandoned vehicles, and debris strewn everywhere. The enemies are also way more varied and interesting in Zombie Blast Crew, and rather than having multiple weapons for your character to choose from there are 5 playable characters here that each feature a different main weapon.

It really feels like Vivid took everything that was great about Space Pioneer and improved it for Zombie Blast Crew. It’s like a refined version of the already winning formula. The missions, environments, and enemies all have a lot more variety solving my only real complain with Space Pioneer in that it could feel quite repetitive after a while. Zombie Blast Crew also utilizes the same sort of free to play system as Space Pioneer where there’s no restrictive energy system and the IAP options are more for fast-tracking the upgrading portions if you choose. Whether you’re an existing fan of Space Pioneer or not, Zombie Blast Crew is definitely worth checking out for free on the Google Play store for Android or on the iOS App Store, and be sure to join in on the discussion about it in our forums.