When Devolver Digital posted about GRIS ($4.99) on Twitter a long time ago, I was excited to check it out because they rarely disappoint me with published games. When I watched the trailer, I was a bit surprised because I think GRIS is the first game since Firewatch for me where I thought the trailer was too good to be true when it comes to visuals and animation. Both games aren’t pushing visuals for realism but the final aesthetic is absolutely my jam and I’m glad that GRIS proved me wrong when I played it in December on Nintendo Switch. It managed to be the perfect combination of exploration, light puzzle solving, and platforming without overstaying its welcome and was one of my favourite console games last year. I was obviously very excited when it was announced for iOS release. 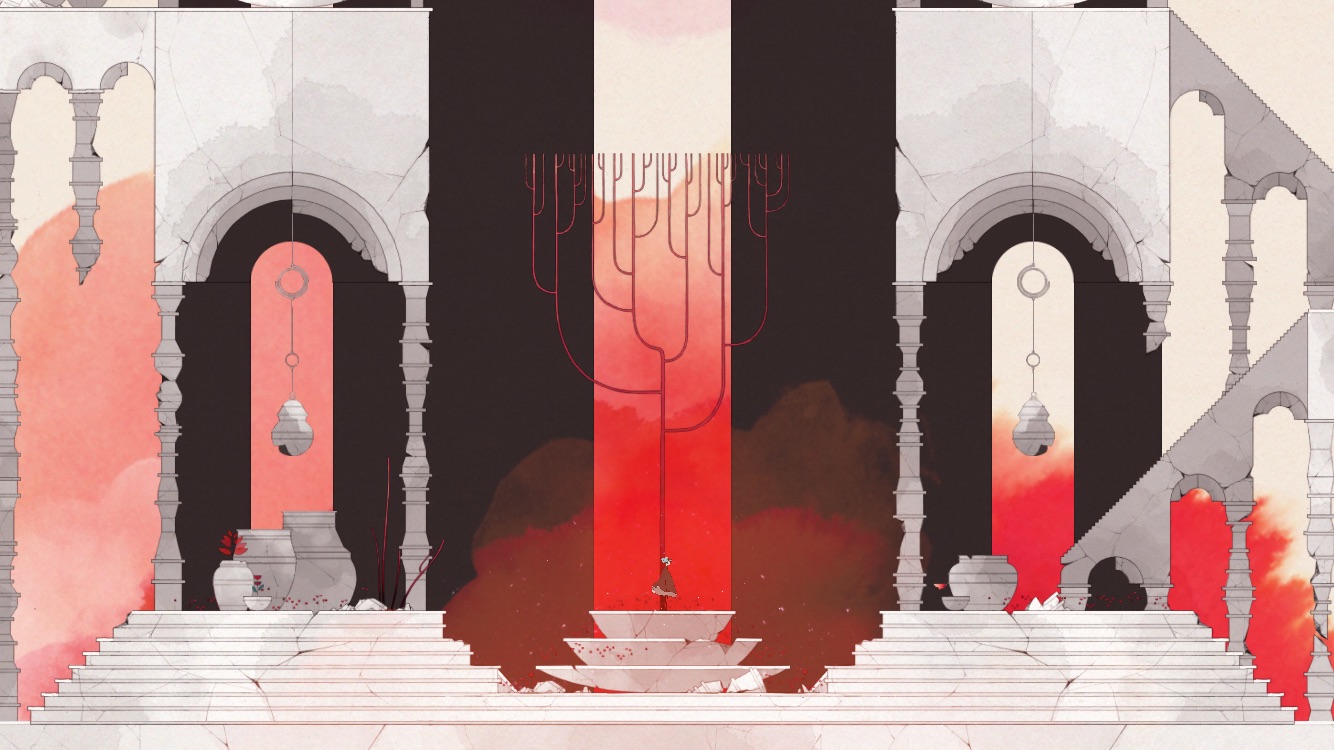 GRIS has you playing as Gris who is a young girl dealing with the various stages of grief. As you make progress into the gorgeous locations in the game, you see Gris grow emotionally and slowly come to terms with what is going on. This includes gaining certain abilities and being able to bring more colour to the world. The narrative is told through non spoken short cutscenes and key in game moments that are masterfully animated.

When it comes to the core gameplay, expect a combination of light platforming with puzzle solving to go alongside exploration in a side scrolling experience. A lot of GRIS‘ experience is all about the journey and how Nomada Studio conveys different emotions through the game world and the addition of colours. Gris learns new abilities as time goes by and you are often introduced to a new ability with a very basic puzzle to get you comfortable with the new mechanic. You then go on to use this in conjunction with other skills to solve some of the later more obtuse segments. I only really had trouble with two puzzles towards the end of the game when I played it on Switch and could remember almost every solution when I replayed GRIS on iPhone and iPad. 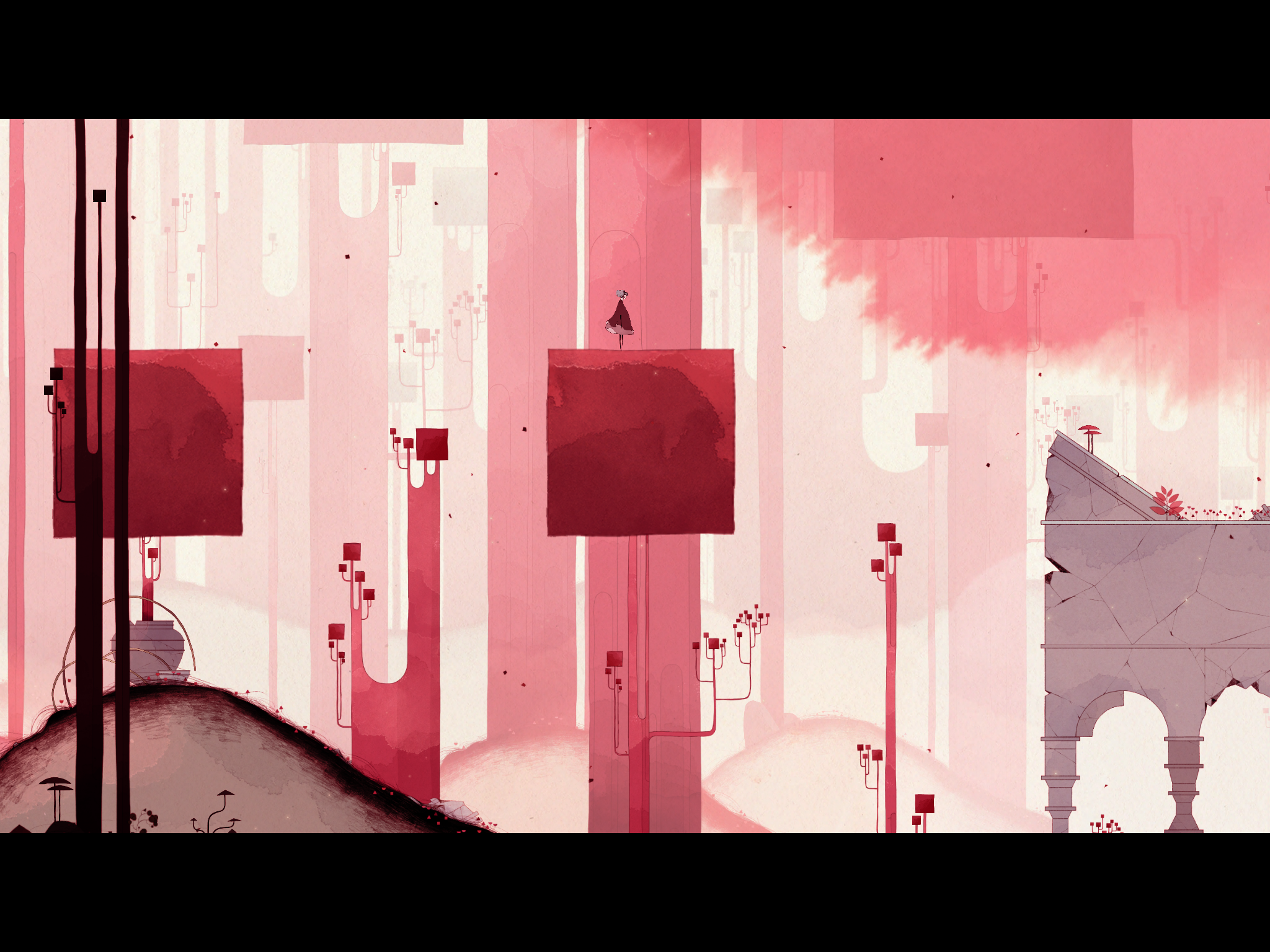 Visuals are most definitely one of the aspects of GRIS that gets people interested the most. Gris looks great and is animated very well. Her movement is smooth and the segments that involve sliding across slopes are very well done. I love the addition of colours as your progress. It makes more an even more striking image because Nomada Studio has managed to make even the early areas look amazing. It is great to have this on a higher resolution portable display than Nintendo Switch for sure. There is one aspect of the visuals that needs to be fixed. Some of the main menu interface icons are low resolution. The symbol for iCloud save in particular stands out badly.

If you’ve watched any trailers for GRIS, you already know how amazing the soundtrack is. Berlinist’s work on GRIS is phenomenal and it makes for not only a great game soundtrack that will instantly remind you of the areas in the game but also one that is great to listen to while working. There is a good combination of traditional instrumentation and use of various samples alongside to have individual tracks stand out. ‘Debris’ and ‘Gris Pt. 2’ are my favourite songs on the soundtrack for sure. The one aspect of the audio that is a problem right now is bluetooth support. I played a good amount of GRIS with the iPad speakers and then with AirPods. When I used AirPods, I had no trouble for a good amount of time but when I disconnected them and went back to using them a few seconds later, the audio was all gibberish. Hopefully this is fixed soon. 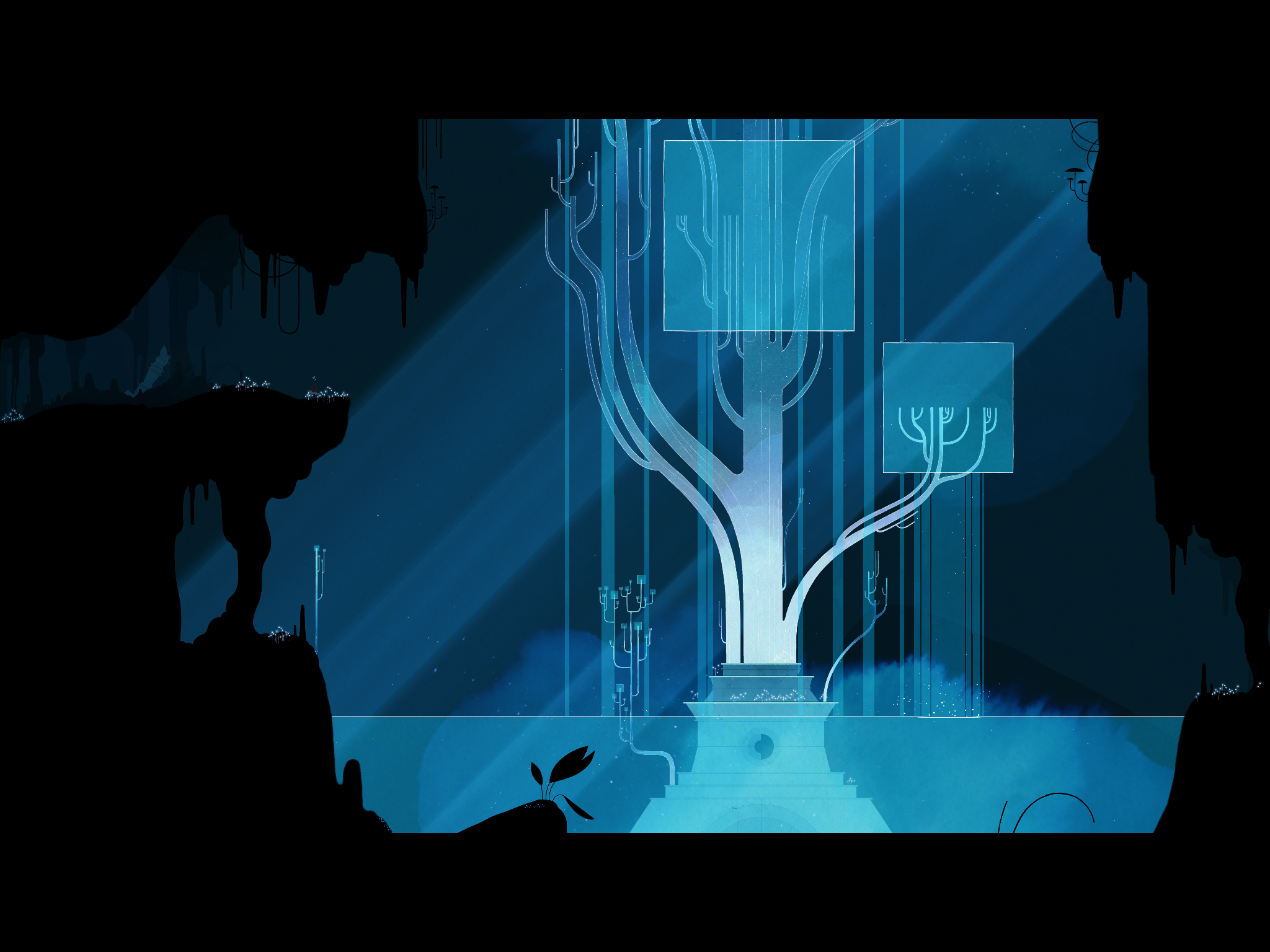 In terms of port quality, GRIS is mostly great. I played on an iPhone 7, iPhone 7 Plus, iPad Air 2, and iPad Pro. Performance was much better on the iPads and the iPad Pro was mostly perfect with a bit of frame pacing that resulted in some stuttering. GRIS has 16:9 gameplay on iPad so expect black bars on the top and bottom. Thankfully the on screen controls aren’t restricted to just the gameplay portion of the screen. I was a bit concerned about the on screen controls but they are implemented very well and I could even do some of the more obtuse puzzles where you need to position yourself perfectly to solve. GRIS also has MFi controller support if you have one of those. It plays very well with a controller as expected since it was designed for one anyway. It looks gorgeous across the board but playing on iPhone has one big problem that involves every scene that has a cinematic zooming out moment where you sometimes need to solve some puzzles when completely zoomed out.

Barring the bluetooth audio issue that seemed very random, I hope Nomada Studio can address the zooming out on smaller screens. I know it makes sense to do this for console games on larger screens and it even works to some extent on iPad, but it makes some sections of GRIS almost unplayable if you don’t already know what you’re supposed to do. I also ran into random performance issues on iPhone 7 and 7 Plus but not as much on iPad Air 2 and iPad Pro. Nomada Studio has been quick with a few patches post release already adding achievements.

Overall, GRIS is definitely one of the best games you can play on iOS right now. I adored it when I played it on Switch back in December and replaying it twice has been a joy. I wouldn’t really call GRIS replayable even though you will miss some things on your playthrough. These aren’t really essential because the core story that is a three to four hour long experience feels just right. While I already know how to solve the puzzles so I was just blasting through the game again, I will never tire of the stunning art, animations, and audio design in GRIS. This is easily my favourite iOS port so far this year.