Over the last few years, I’ve slowly started avoiding indie games on home consoles or PC because I almost always just end up buying too many of them and only actually playing them on Nintendo Switch. Most of the big indie games in recent years and even from the last generation of consoles have slowly been making their way to Switch and this has been a great thing for not just Nintendo Switch fans but also mobile gaming fans. Most indie games that see ports to Switch often show up on iOS soon after if not a bit later on. Hyper Light Drifter is the most recent example and with iOS 13 controller support, this list will only continue to grow. I’m a huge fan of Devolver Digital, and in the last five years they’ve only really released one game that disappointed me with about 10 games I can safely recommend to everyone. Minit ($4.99) is definitely in the category of games I can recommend to everyone and having played it on Nintendo Switch, I was beyond excited to check it out on iOS because the gameplay suits mobile as a platform perfectly. 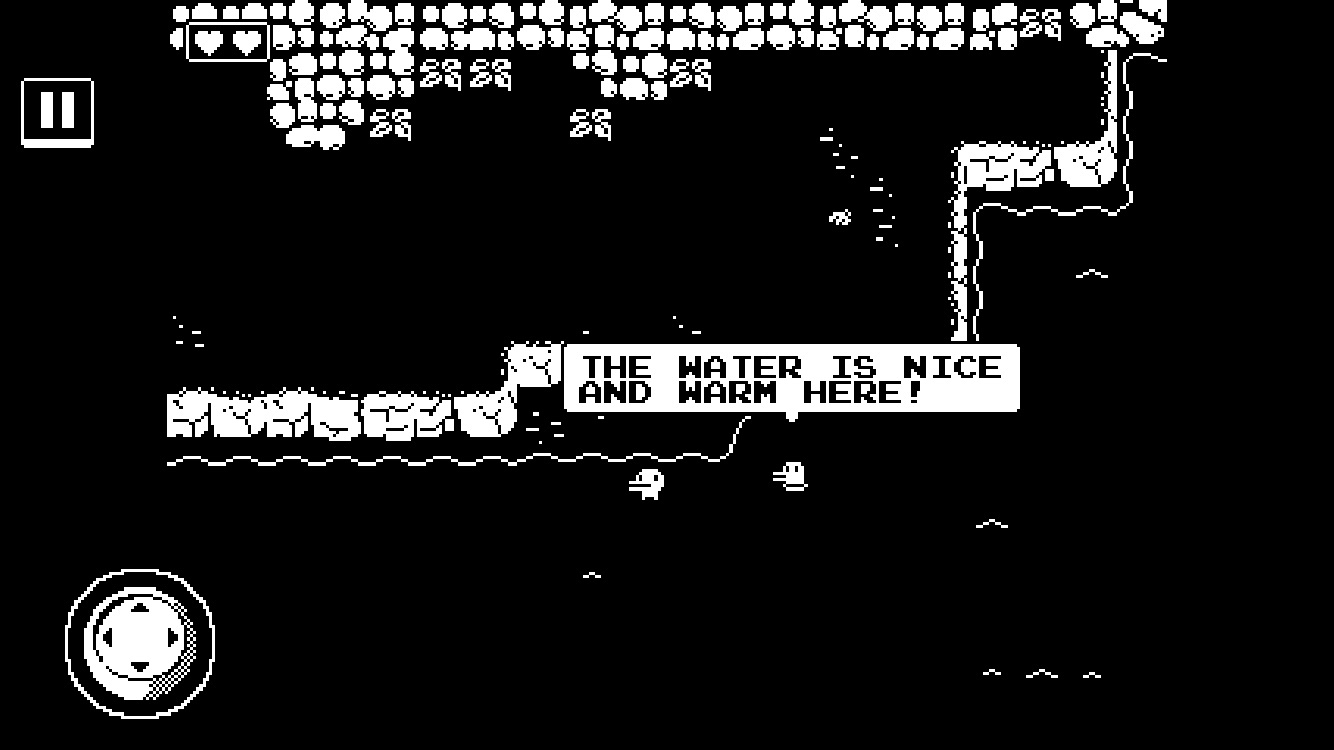 Minit is an adventure game that has you playing in one minute chunks as the name suggests. It has an all-star cast backing it when it comes to development, music, art, and even publisher and the polish shows when it comes to the actual game. Minit feels like an indie take on old school Legend of Zelda games with a unique mechanic that actually elevates the experience. There are loads of great games that are influenced by the Legend of Zelda games but it is always great when a new mechanic is brought into the fray where the end result feels more like a cohesive new game than one borrowing from an older game.

As the name suggests, Minit is experienced in bursts of a single minute of gameplay. As you explore, you will find new items and new areas. The items remain in your inventory to help you make more progress in a new run. This isn’t procedurally generated but the one minute time limit ensures you spend a lot of time replaying it and exploring different areas with newly unlocked weapons. Early on, you get a cursed sword that puts the “one minute to death" curse on you. You can use this to damage enemies and that rewards you with an item in a certain location. This item lets you move certain objects which lets you reach more areas and unlock more items. That is the basic flow of the game. You keep exploring and unlocking more items to reach more areas and have an idea of what is actually going on and what you need to do in the game. There are various sign posts scattered all over with hints and some great writing.

Minit is a completely monochrome game. It has very simple character models and spritework but it feels great in motion and looks very nice. I have a soft spot for visuals like this ever since I got addicted to playing Downwell. My favourite part of the visuals is exploring and finding an area that’s completely unexpected or one that looks amazing. The lighthouse you find right in the beginning with the specific NPC near it are great. Without getting into spoilers, some encounters later on have excellent animations for encounters.

I’ve written about Minit before when it was announced for iOS and I will not stop praising the music. Jukio Kallio’s score is fantastic. The sound design complements it very well with subtle and nicely thought out sound effects. I love how the music you hear will slowly change as you unlock more and have explored more of the game. 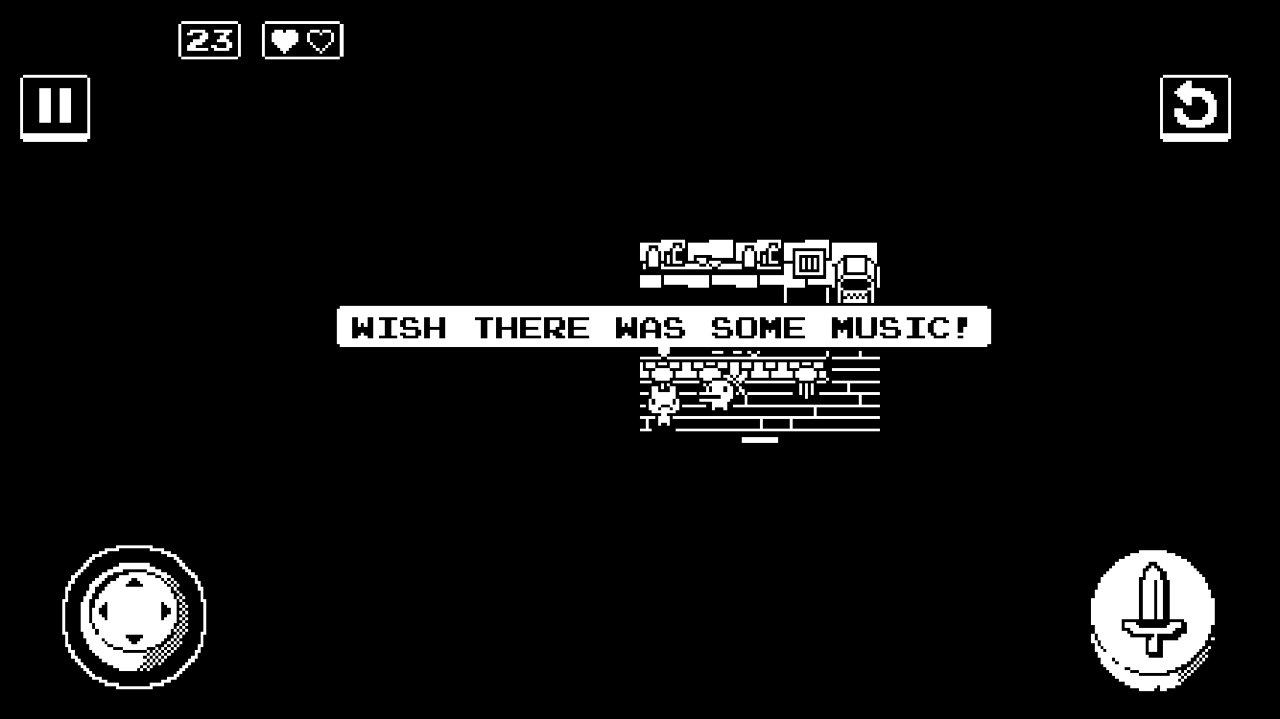 When it comes to controls, Minit is very simple to control. You have an analog button for movement and one for using your sword or anything you unlock later that has an active input. It plays more or less fine but it is a bit annoying to get used to sword attack direction while moving. That aspect plays better on a controller. With touch, I found myself hitting in the wrong direction a few times. Minit has MFi controller support but it isn’t implemented well. The on screen buttons remain visible when I connected my Nimbus and if I turned the on screen button display off in the game settings, the controller inputs were not getting recognized. Hopefully this is addressed in updates soon.

My only real complaints with this port are the controller implementation and one aspect of the touch screen controls. Once you get used to the directional movement with attack direction, Minit will be a dream to play on iPhone. One thing to note is the length will vary depending on how quickly you understand the puzzles and how to progress. Expect to have seen everything the game has to offer in about 3 hours. Minit is a premium port with no in app purchases. 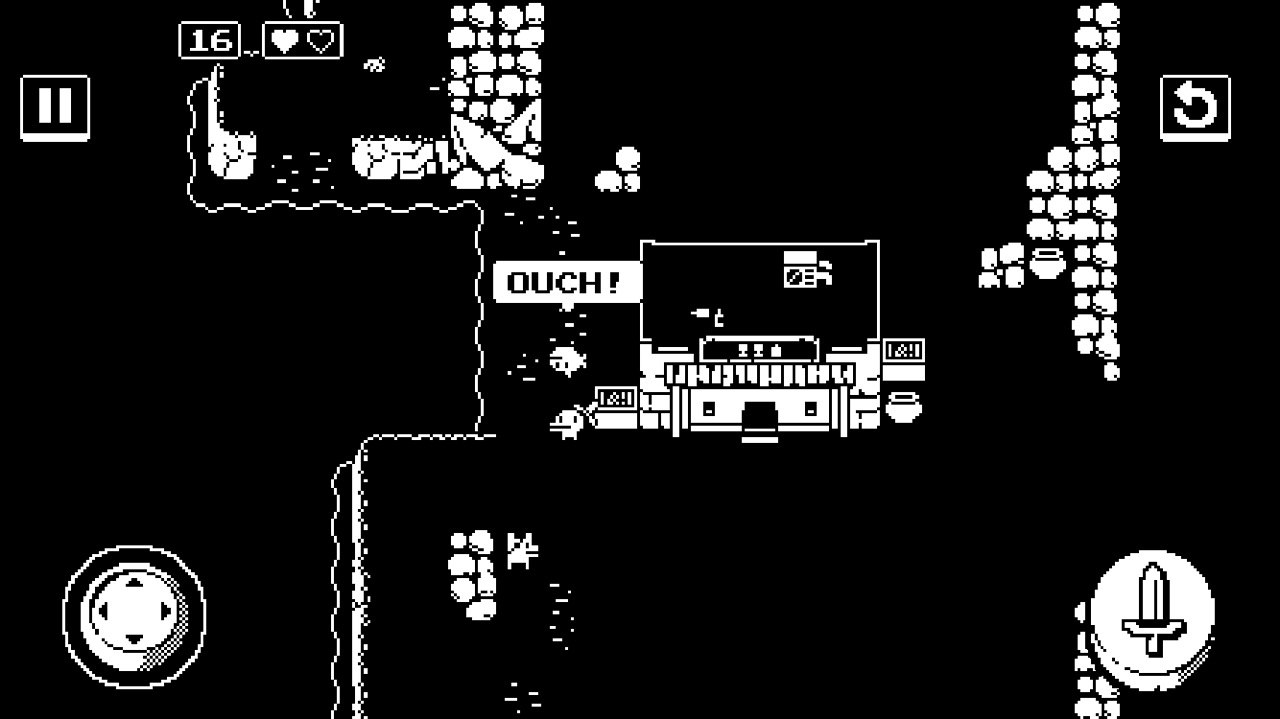 Minit is a game perfectly suited to mobile platforms and portables in general with its literal minute long gameplay segments. You can always get in a run or two while waiting for someone in a cafe or on the bus. While I am disappointed with the lack of full controller support and how some aspects have not transitioned well to touch controls, Minit is still a must play title. It is such a brilliant concept that takes a gameplay style that works well but keeps things super fresh at all times. If you’ve not played Minit on any other platform yet, the iOS version is absolutely worth the asking price. Do yourself a favour and get the soundtrack as well.