Are you ready? And by that, I mean, are you ready for the latest expansion for The Elder Scrolls: Legends (Free), Moons of Elsweyr? Because if you’re not, we might be able to help with that.

Moons of Elsweyr arrives before the end of the month, but as usual, not all of the characters involved are waiting for launch day. Bethesda introduced us to one in particular who simply demanded to be introduced ahead of time, and we’re not too keen on saying no to Orcs who look like they mean business. 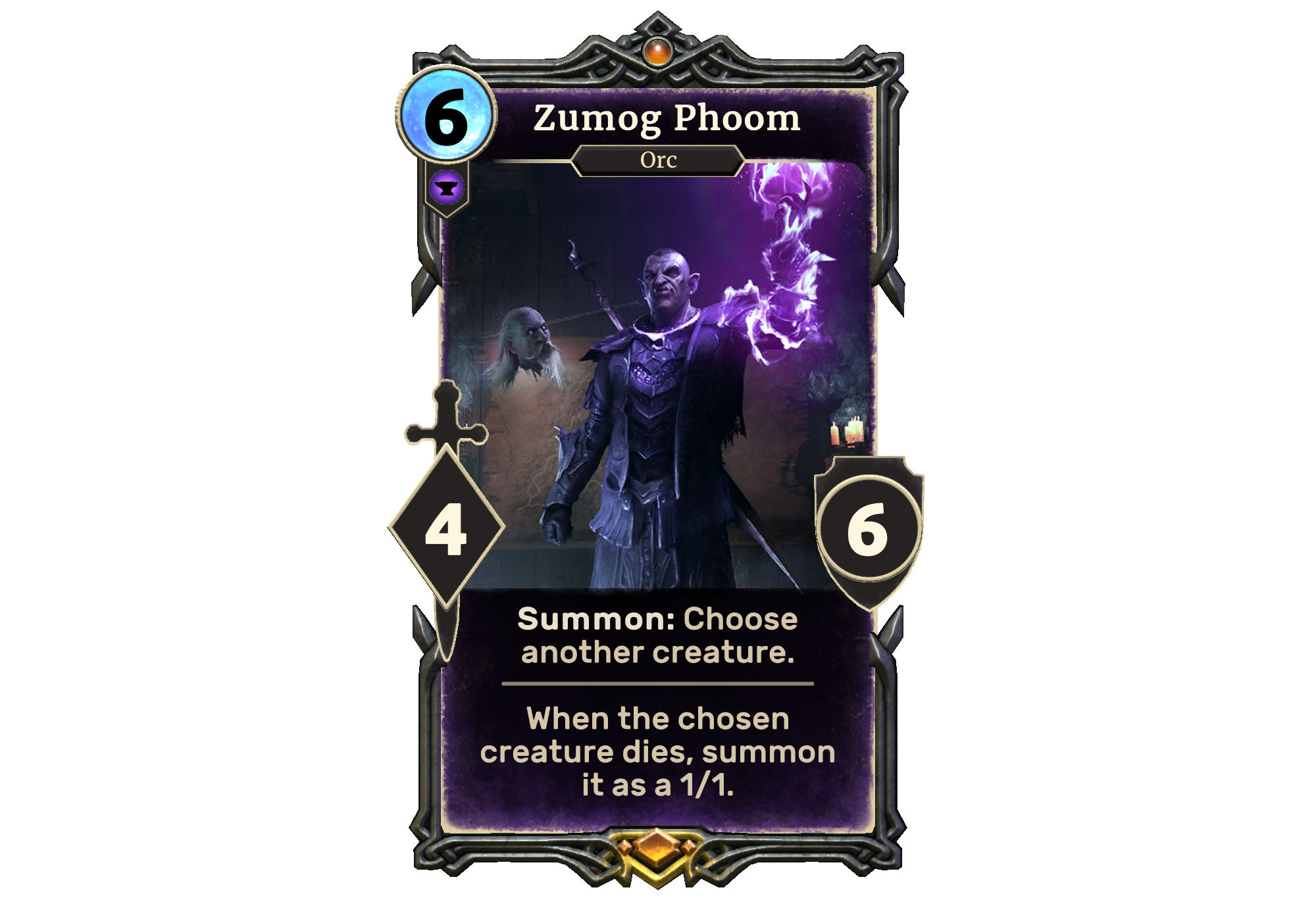 We also went straight to the source, in this case The Elder Scrolls: Legends Community Manager Christian Van Hoose, to get some firsthand insight into how Zumog Phoom can help you — or your opponents, granted.

Zumog Phoom is a powerful Orc in the Endurance attribute that can be used both offensively and defensively. Upon playing Zumog Phoom, you’ll have to choose another creature on board; this can be one of yours or your opponent’s. When that creature dies, if Zumog Phoom is still in play, you’ll summon it as a 1/1! This might not seem very powerful, but will allow you to use a bunch of strong Summon and Last Gasp effects with ease. Being able to choose your own creatures means that if you know you’re going to be losing a lot of creatures in battle that turn, you’ll be able to pick the one with the best summon effect (like an Odahviing or Ancano) and get that effect again. On the flipside, you can also pick a good effect from your opponent’s board of creatures and steal it for yourself if you’re able to destroy that creature!

There’s good news if you’ve already got plans for Zumog Phoom: You’ll be able to find him in his very own pre-constructed deck, Moons of Elsweyr: Zumog Phoom’s Ambition, available for $4.99 or 500 in-game Gold. We’re guessing he demanded to be included in the name of that one.

As for everything else that Moons of Elsweyr has to offer, you can study up on the game’s official website and learn all about the new game mechanics, Wax and Wane (very moon-appropriate, I must say), the wave of new Khajiit cards, and goodies like new in-game music tracks and a new playmat.  All of it and more will be in-game on June 27.