What do you get when you mix platforms, puzzles, magnets, and a box? Magnibox ($3.99)! Featuring a boxy magnet front and center, Magnibox rolls in with a promise of relaxing gameplay, colourful pixel art, and great level design. While a promise does not guarantee anything noteworthy, and many games fail to deliver on their central promise, Magnibox is not one of them. It is fun, it is pretty, and it has character—or as much character as a magnetic box can, at any rate. There’s no need to take my word on this, though, when there’s a trailer:

Looks pretty good, right? Solid soundtrack, great visuals, smooth controls… what’s not to like? Well, the controls themselves, actually. While I’ll admit that the controls work well, and they are unobtrusive, I do not like them. Before I really criticise them, though, let’s take a look at how they actually work. Movement is handled by swiping (and holding, to continue to move smoothly) either to the left or the right, and the magnet is activated by tapping. No jumping, no tapping miscellaneous buttons on the screen, nothing. Quite elegant. My complaint, however, is specifically in regards to iPad controls: Swiping on an iPad, particularly when the iPad is supported by a stand of some variety, is cumbersome and doesn’t feel great. There is a simple solution, though: Add a toggle for a second, entirely tap based, control scheme. Tap (and hold to continue to move) on the right side to move right, the left to move left, and the middle to activate the magnet. Simple, iPad friendly, and no additional UI buttons necessary.

Gameplay, similar to the controls, is fairly simple: Get the magnetic box from the starting location to the glowing outline with the star. Simple. Except, of course, for all the obstacles composing the puzzle. These obstacles range from the simple hole, to lasers, gaps, switchable blocks, and more. Sometimes completing the puzzle is as simple as filling a hole with a box and rolling across; other times, it’s as complicated as flipping two or three switches, activating or deactivating a laser, and repelling from one platform to another. This wide range of difficulty, however, isn’t linear. That is to say, there may be two or three easy levels, then a very, very difficult level, then another four or five easy levels… or there may be a difficult level, an easy level, and another difficult level, and then another easy level! It feels as though very little thought was actually put into deciding which levels should come first and which should be used as a challenge. It isn’t an issue with level design, mind you—Magnibox’s puzzles are very well made. They’re just ordered in what seems to be a somewhat random fashion. 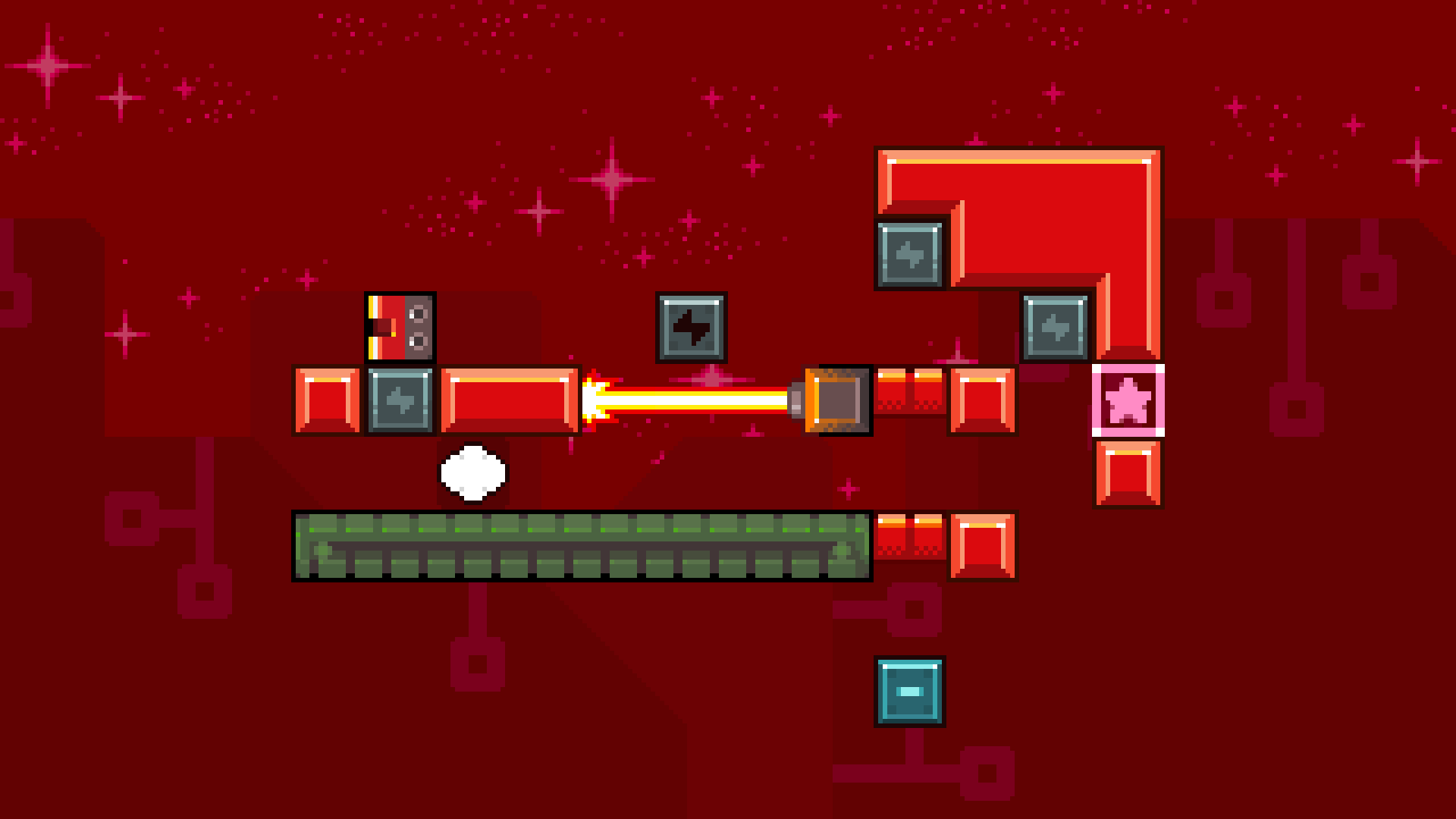 Magnibox feels very much like a mobile game, although not in the cheap, freemium way that’s become attached to mobile gaming. No, this feels like a game made to be played on the go. Puzzles tend to be very short, frequently solvable in under two or three minutes, meaning all 160 levels could be played in only a few hours… if one was so inclined. Despite that, or rather because of that, it’s best played in short bursts—a level here, a level there; maybe a bit of trial and error before finally reaching the solution. This ties back into level design: Each puzzle is small, short, difficult (but not too difficult), and fits nicely into a single bite. For comparison, Daggerhood’s levels were ridiculously short… but also very, very hard, frequently requiring five-plus minutes each; Magnibox on the other hand, rarely takes longer than two. For the difficult puzzles.

While “fun” is certainly subjective, and while I wouldn’t want to say it is objectively fun (that’s a bit of a broad generalisation), Magnibox is at the very least satisfying. Grabbed a power up and pulling to that negative block over yonder? There’s a solid Thunk when you get there. Hopping through a teleporter? A quick Bw-ong and it’s done. Add in the upbeat soundtrack, the absence of time limits or any kind of pressure or sense of immediacy to act on something right now and you’re in for a one-way ride to happy town. 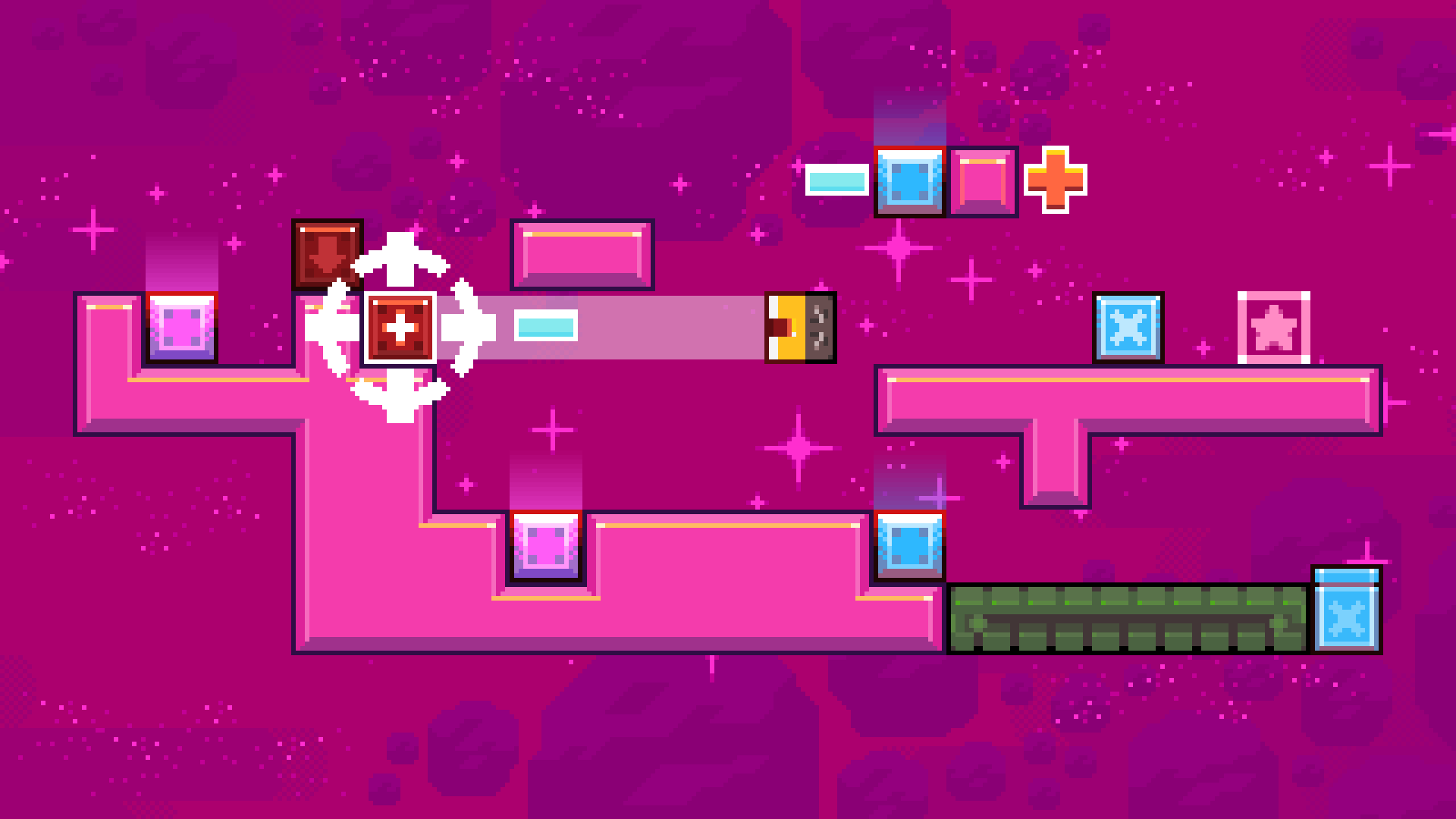 On the whole, Magnibox is pretty great. It sets out to deliver a charming platform puzzler experience, and it more than accomplishes that goal. It has a premium feeling, a relaxed pace, smooth controls, and so very, very many unique levels. While it could do a better job with its difficulty curve and introducing new mechanics, and while I have a special dislike of the swipe controls on iPads, the gameplay and unique feel more than make up for such minor issues. At its price point, Magnibox is well worth picking up.