Begin your journey with Knightingale, a noble warrior who fights for honor. Quickly unlock Mekkan, a tech genius who specializes in strike and evade tactics. Continue finding more Heroes, each with their own set of powerful abilities. Customize your favorite Hero with one of over 50 awesome skins! 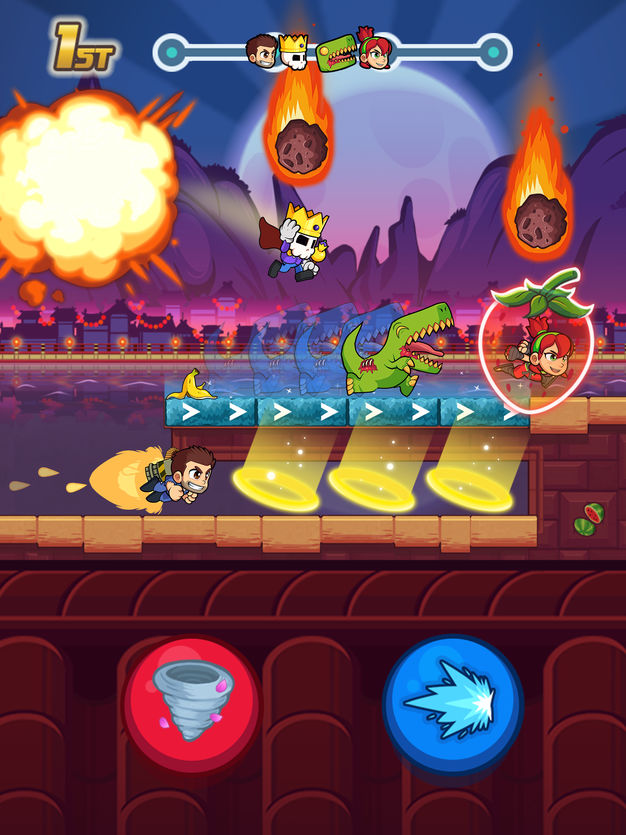 Ready, Set… Boost! Choose your favourite Halfbrick character and compete against other players from all over the world. Booster Raiders is the newest game from the Makers of Fruit Ninja, Jetpack Joyride and Dan the Man.

Gather your friends, choose your character, track your progress upgrading it, jump, boost, shoot your items and get ready for the most epic real-time multiplayer race throughout colorful environments! These are the Halfbrick all-stars available characters.

In this infamous **roguelike narrative card game**, play as a seeker after unholy mysteries in a 1920s-themed setting of **hidden gods and secret histories**. Become a scholar of the unseen arts. Craft tools and summon spirits. Indoctrinate innocents. Seize your place as the herald of a new age.

You have been sent into the dungeon with the quest to recover the firestaff and help defeat Lord Chaos.

For your task you can resurrect up to four champions, and guide them through the dungeon, to find the firestaff and defeat Lord Chaos.

Dungeon Warfare 2 is the definitive sequel to Dungeon Warfare, a challenging tower defense strategy game where you become a dungeon lord to defend your dungeons with the deadliest of traps and insidious contraptions against greedy adventurers and wannabe heroes. 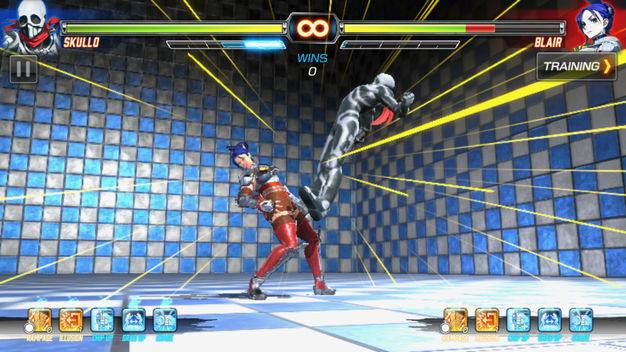 You too can play the April Fool’s Version of Fighting EX Layer!
It’s been fine tuned so you can easily enjoy playing on your smartphone!
Repeatedly press buttons to perform powerful Combos!
Perform them from a jump to pull off Aerial Combos!
You can also run around freely!
Please look forward to this game on April Fool’s!! 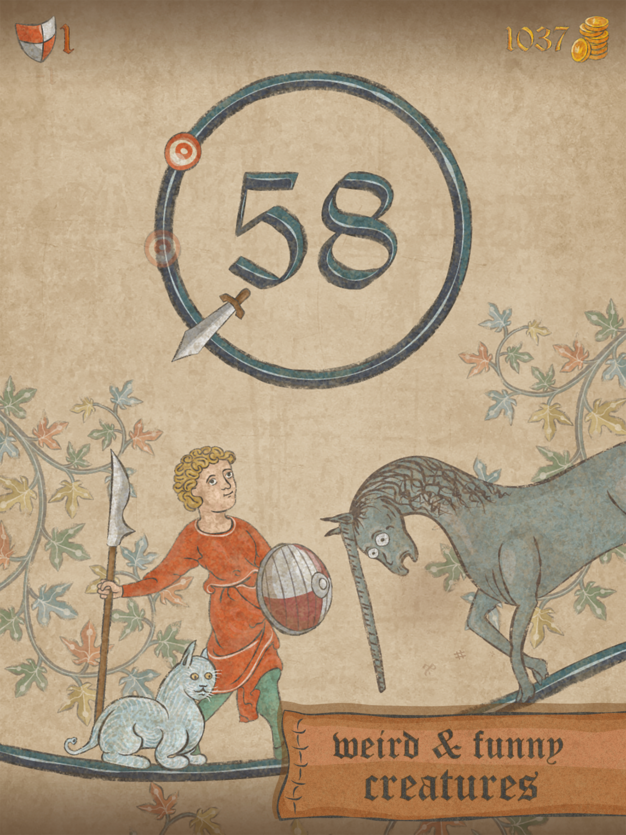 Marginalia Hero — it is an arcade game with RPG elements in the medieval marginalia setting (strange and weird drawings from illuminated manuscripts).

You are about to fight creatures and monsters, which were painted by real medieval artists about 5 centuries ago.

Collect coins and upgrade your equipment: sword, shield, charms and even companion! 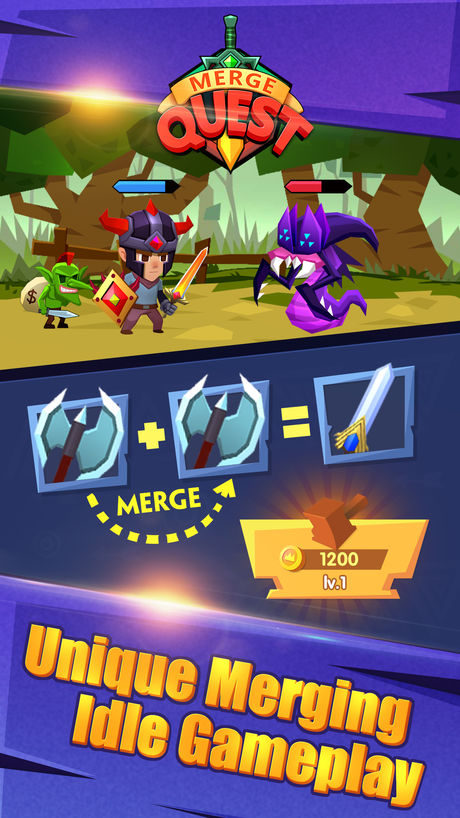 Experience a different kind of idle game! Merge, evolve and discover hundreds of weapons and equipment for your hero as you watch him slay monsters on his quest!

Recruit monsters as sidekicks to fight alongside, join guilds and challenge bosses together with friends!

CAN YOU RECOVER THE MISSING MEMORIES?

Soon after the Genetic Plague was released, Dr. Amy Harris successfully found a cure. Unfortunately, someone broke into the government lab, stole the formula, and infected Dr. Harris. As a mind sweeper, my job is to dive into Amy’s disappearing mind in hope of finding the formula before it is too late… 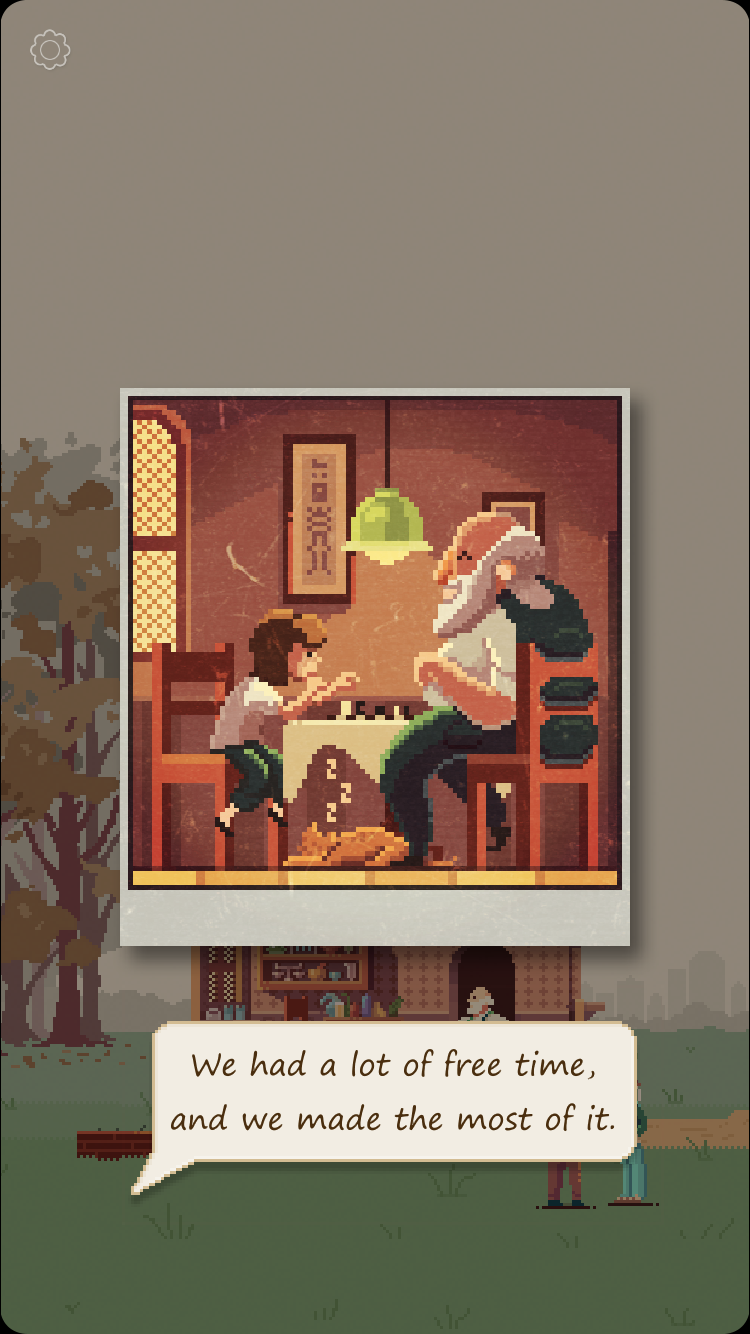 I think you should play Photographs.

I tried to make it a little bit different from most games. It sort of mixes puzzle and narrative in a ( hopefully ) interesting way. You might get stuck on some puzzles, but you should never not know what you need to do to proceed.

So what do you actually do? Well, you search around and solve puzzles, and as you do so you’ll be developing a scene in front of you and hearing a story. I want to the story to really stand out, so the game has got really beautiful pixel art and top notch music, combined with gameplay and narrative beats that individually would do a pretty good job of telling that story, but come together to really make something special. 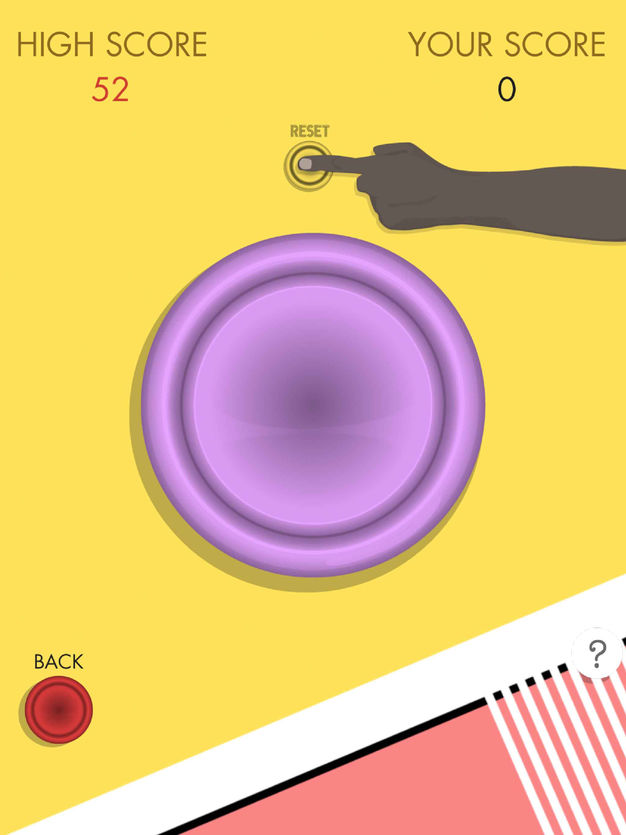 Press/Release is a tongue-in-cheek commentary on the simplicity of button mashing.

While we have an appreciation for button mashers, the idea behind Press/Release was to remove the veil of theming and make a game that was LITERALLY about the act of pressing, and releasing, a button.

THE button simulator you’ve been dreaming of!

The award-winning iPhone classic is back and better than ever! This brand-new ‘Royal Edition’ is a completely remastered Rolando – every interaction, every course, flower, trampoline, bomb, catapult and squirrel has been given a thorough scrub, buff and shine, making this the most gorgeous version yet!

The Kingdom has been invaded and the Rolandos are on a daring quest to save the sages from the clutches of the Shadow Creatures. Guide your intrepid gang of courageous Rolandos as they negotiate the toys, traps, puzzles and curious characters that fill this super-tactile world. 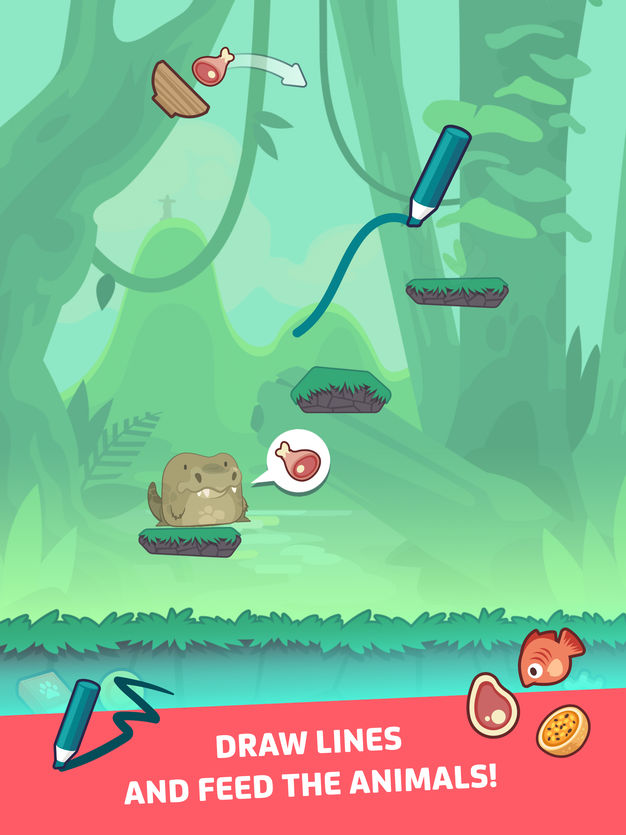 This chef loves feeding his pets! He’s gone as far as traveling the world to find the best dishes for animals. Join him around the globe and help him prepare his finest creations – visit 6 different countries and learn about as many animals as you can while you feed them.

Safari Chef is a physics-based puzzle game with simple mechanics – just draw shapes to deliver the food to each animal. Put your wits to test to solve every puzzle and feed every pet! 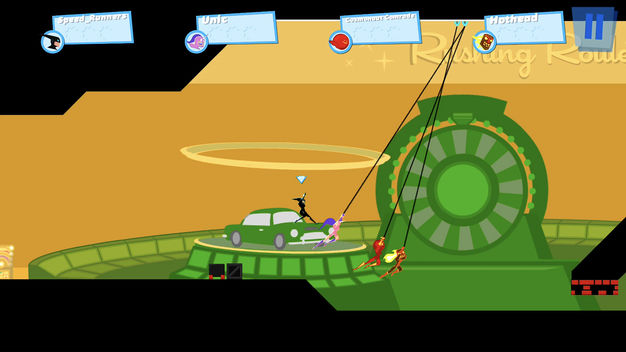 Cut-throat multiplayer running game that pits 4 players against each other. Run, jump, swing around, and use devious weapons and pick-ups to knock opponents off-screen! One of the most competitive games you’ll ever play. 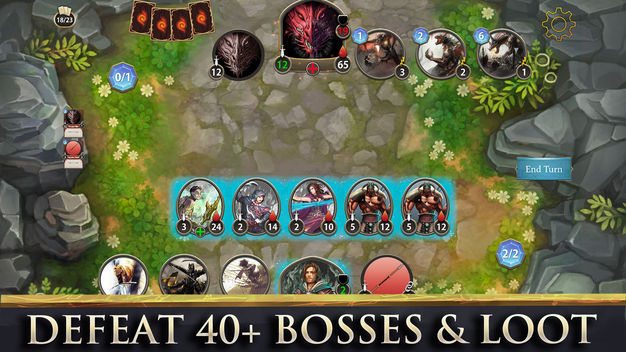 The only solo CCG this year, where you level up and access more powerful cards as you adventure through a story driven campaign.

With 7 main classes to mix and match with, you can easily customize your own hero and deck to suit your individual play style. Adventure through a diverse world with heaps of quests and encounters. Hundreds of cards to acquire via loot or stores and unique crafting recipes for legendary cards that are lost artifacts.

The famous game remastered in a new 25th Anniversary Edition! Henry Stauf’s mansion has been abandoned for as long as anyone dare remember. Stauf was a master toy maker, a maker of amazing puzzles and this strange, eerie, mansion was his greatest creation. It stands empty, rotting ever since children started dying with his toys near them, ever since six guests came and were never seen again.

Now, you are in the house, moving from one room to another, trying to remember and trying to forget. Because Stauf’s game isn’t over. There were six guests the world knew about – and there was one other. The mansion of horror comes to life again and only you can end this mad nightmare and learn the secret of the 7th guest.

Begin your journey as a mage apprentice and take on intense real-time battles to become the ultimate Wizardlord!