Let’s be honest: deep narrative and puzzles don’t normally exist in the same video game. I’ve racked my brain, and I can sincerely say that I’ve never played a puzzle game that contained a tear-jerking narrative – until Photographs ($3.99). I was ugly crying by the end of the first of five stories it contains. Photographs is developed by Eighty-Eight Games, a developer that has already had great critical success with two puzzle-RPG titles, 10000000 ($2.99) and You Must Build A Boat ($2.99). Photographs manages to be a logical evolution from the past games, each phenomenal in its own way while both being heavy on the puzzle/RPG elements and light on the narrative. Photographs, on the other hand, blends narrative with puzzles seamlessly… dare I say perfectly?

In Photographs, the narrative and puzzles become intertwined, and I mean that in the best way possible. It makes it a bit difficult not to spoil anything, but I’ve made a concentrated effort to only mention the first two stories and even then, sparsely. It’s a game worth your full attention: I recommend playing it when you have a good chunk of time to focus, rather than in short bursts. It’s not that it wouldn’t be enjoyable with shorter play sessions, it’s more that you won’t want to stop for anything.

When playing a game, it is so important to me that it has soul. Photographs has just that; actually, it has five souls, each needing help with their own regrets, beginning with The Alchemist and The Athlete. My immediate questions: Who is trying to help these souls? And how? The why, we learn quickly enough.

Each soul has their own story, told through a series of snapshots, puzzles, and photographs; each story begins with a relatively small location that expands and evolves and you continue through the narrative. First, you need to find and focus on a specific item in a scene. This launches a puzzle (each story has its own type), and once that is complete you’ll get more story in the form of photographs. A story (one per soul) takes about 30 minutes, or longer if you’re like me and find yourself stumped for a few (or several) extra minutes on the more difficult puzzles. Nothing is ever out of reach, though – sometimes it just requires methodical thinking and trial and error, but nothing is unsolvable. 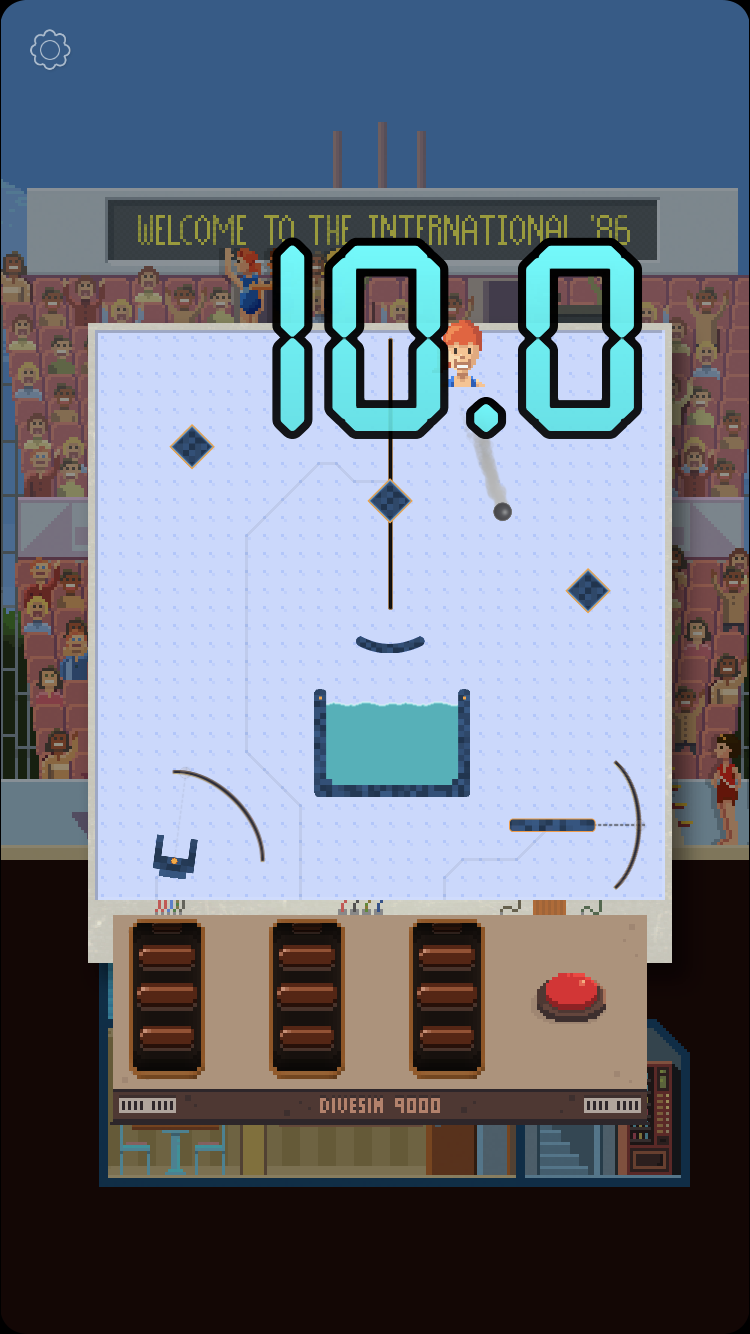 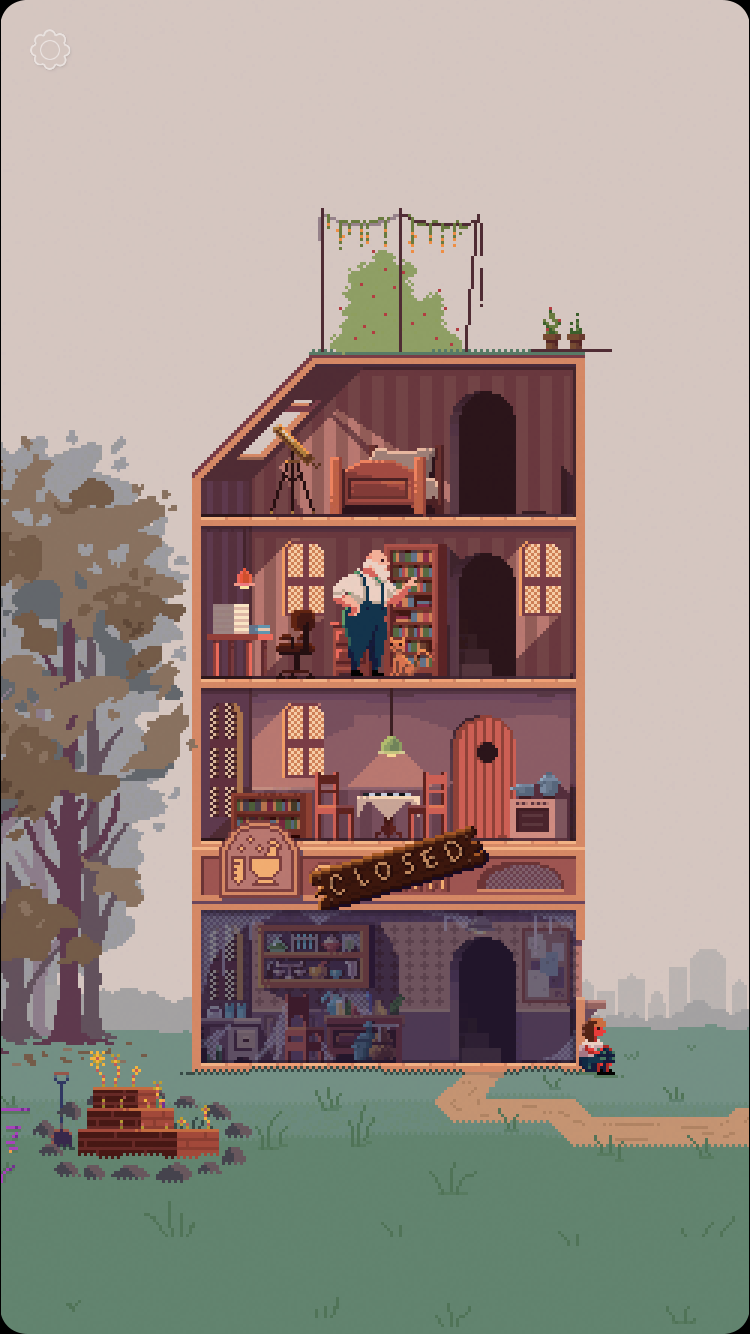 So how are the narrative and the puzzles intertwined? Thematically, for one. Puzzles do relate directly to the protagonist: the Alchemist contains a sort of slide puzzle set in a garden, while The Athlete’s puzzles are physics-based and diving-themed. But puzzles can also evolve based on narrative. For example, when a girl becomes ill, she responds differently to your puzzle swipes compared to her healthy companion. It’s a sort of subtle genius that I could praise over and over again, heaping on more praise per story, but that would just ruin everyone’s experience. I do, however, promise that a thread of extreme thoughtfulness is the undercurrent of all puzzles.

Photographs is a deep dive into how we come to regret the decision we’ve made, as the world shifts around us and we cannot catch up. The stories each capture true guilt and shame that come with decisions that end up negative, while the puzzles represents the anxiety that permanently accompanies said decisions. It’s all connected. Protagonists vary in age/gender/race, so odds are you’ll relate to at least one. I see a bit of myself in The Alchemist, as he’s trying to solve a medical mystery and I’m often doing the same for myself. I also see a bit of myself in The Athlete, where a young girl needs to make difficult decisions that will impact her present and her future.

I’m sure I’m not the only one that compares the artwork of Photographs to that in other pixel-art titles, the most popular arguably being Thimbleweed Park at the moment. And that’s no surprise: the art in Photographs is by Octavi Navarro (who was also an artist on Thimbleweed Park). The picture-perfect pixel art makes zooming in a downright delight. On the soundtrack side of things, the game’s music is by Ben Prunty. He’s done the music for a handful of other well-known titles, including FTL. The music and sound effects successfully capture each story and moment while succeeding at sounding fresh despite how long you may find yourself stuck on a puzzle. I’ve played enough puzzle titles to know how incredibly difficult that can be, so hat’s off to Prunty for striking the right balance.

When I think about it, Photographs seems like it’s everything, narratively, that is lacking in 10000000 and You Must Build A Boat. Gone are the frenzied decisions, often thoughtless motions, replaced with a shorter game with arguably less replay, but a narrative and structure that will allow for it to linger in your mind longer than the other two. The term “video game" doesn’t feel right when Photographs is more than that: it truly is a haunting experience of human nature and compassion, depression and connection.